Sister Nancy and her classic “Bam Bam” track has been sampled dozens of times in Hip-Hop music and beyond. In a recent interview, the Dancehall Reggae legend spoke about Jay-Z and Kanye West using the record for their respective songs while also capturing what she’s done over the course of her career.

In a delightful chat with NME, Dancehall’s first female deejay (aka rapper using the genre’s terms)…

For over a quarter of a century as the Caribbean’s largest long-standing music festival, Reggae Sumfest returns to Montego Bay, Jamaica with a heavy-hitting artist lineup featuring the world’s top reggae and dancehall artists.

Friday night (July 20) is the ultimate dancehall takeover with…

The increasing popularity of Dancehall in Africa 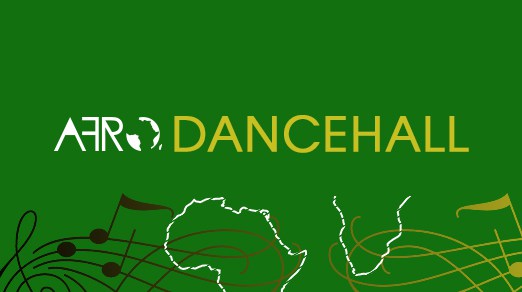 The rise of African reggae/dancehall artistes is a perfect example of the maxim that music is universal. Africa is home to multitude of artistes who fuse Afro-beat, rhythm and blues, reggae, and dancehall. One of them is Nigerian born Ledo, who recently spoke about the passion for dancehall music in her native country.

“Dancehall brings out the fire in me. R&B is… 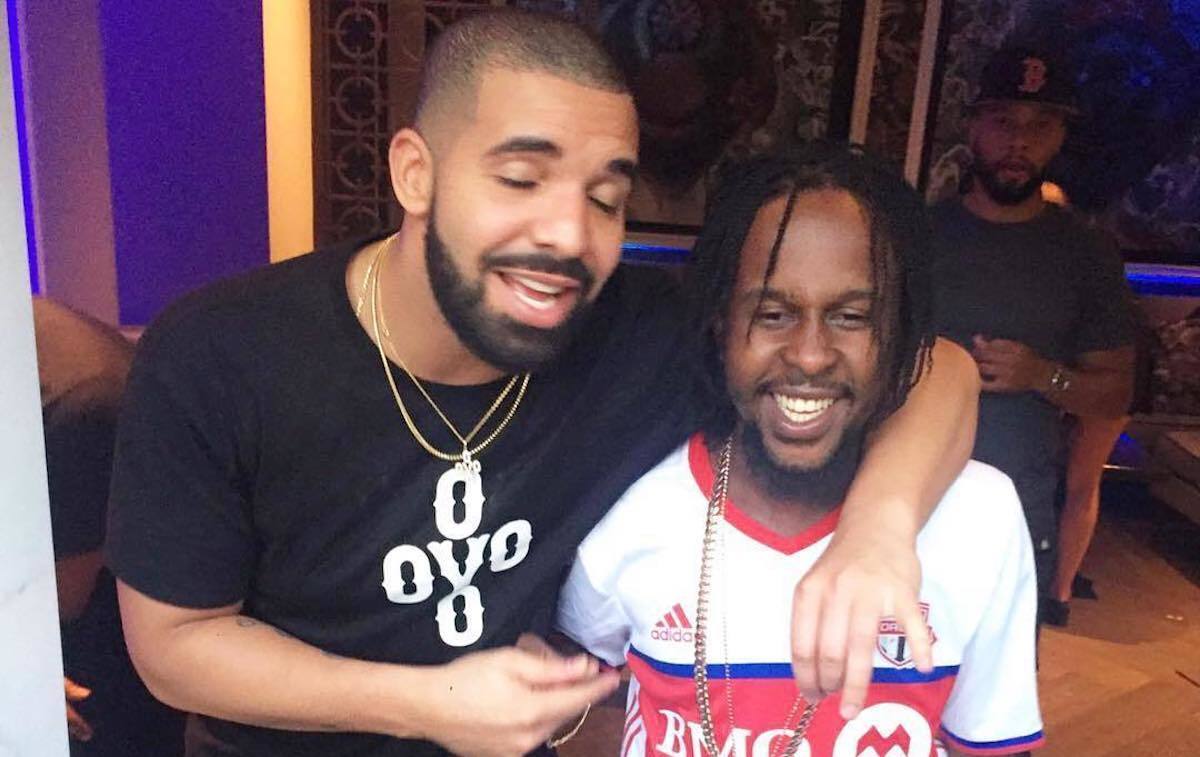 Drake has reignited rumors that he bought Popcaan his drop-top Range Rover Evoque.

In 2016, Popcaan created a shift in the industry by becoming the first dancehall artist to drive a convertible Range Rover. Rumors immediately began swirling that Drake was the one who bought the luxury SUV for the Unruly Boss. The car… 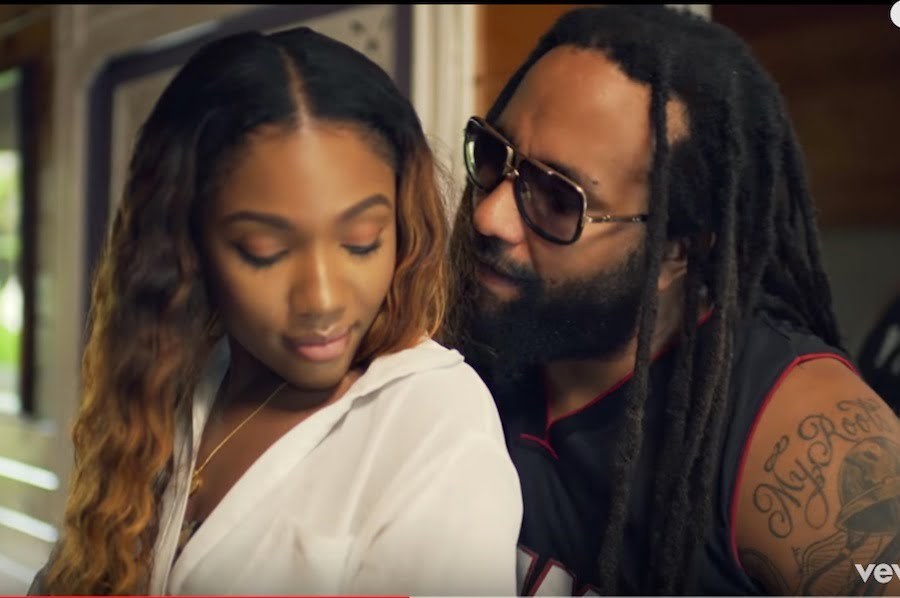 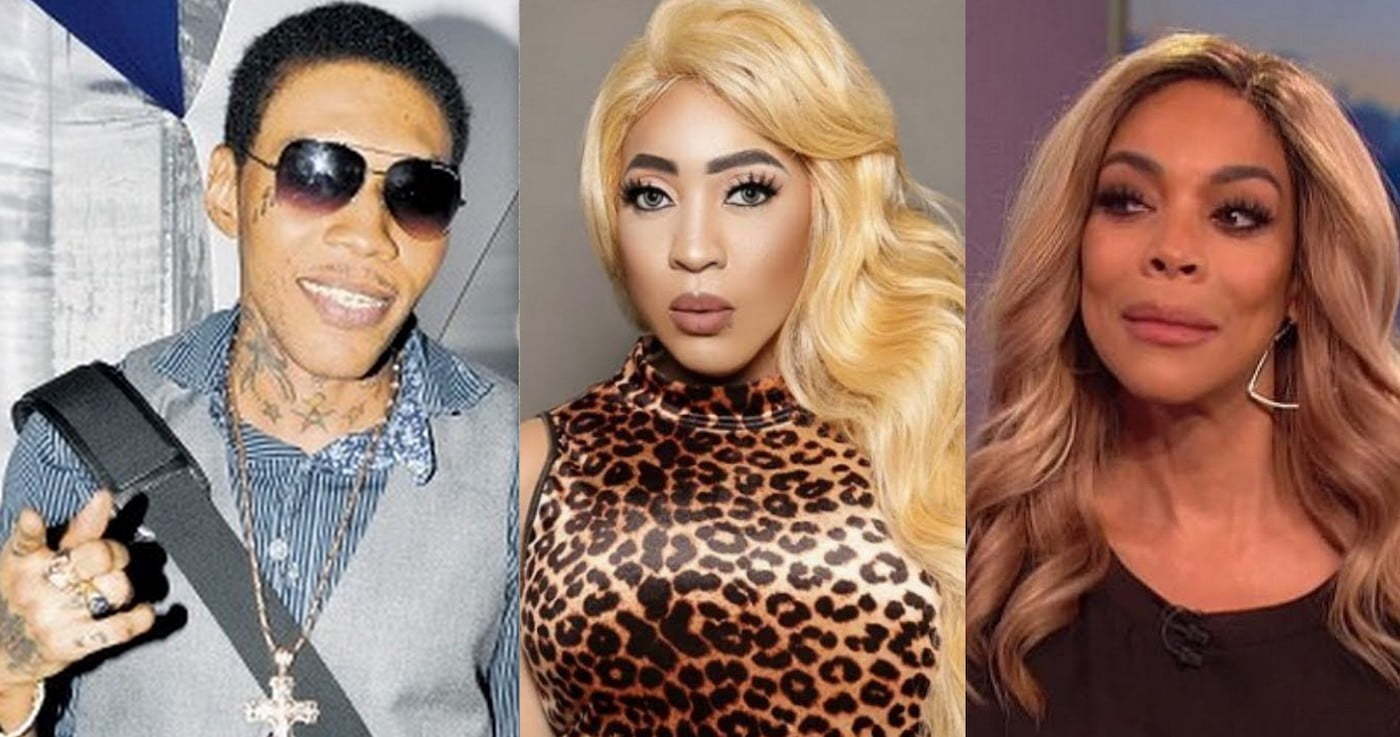 Wendy Williams shade Vybz Kartel, his teenage son, and Spice over skin bleaching.
Spice broke the internet earlier this week when she debuts a photo that suggested that she bleached her beautiful dark skin. Fortunately for all of us who are die-hard fans of the dancehall queen, it was…

Ziggy Marley, the Rastafarian and inheritor of his father Bob Marley’s mantle of reggae music, returns to Israel this summer for his fourth official visit, and will perform two intimate concerts.

He will appear onJuly 31 at Barby Tel Aviv and August 1 at Zappa Shuni Amphiteater.

Marley, the eldest of his father’s seven children, has remained loyal to his reggae roots, since first learning to play at… 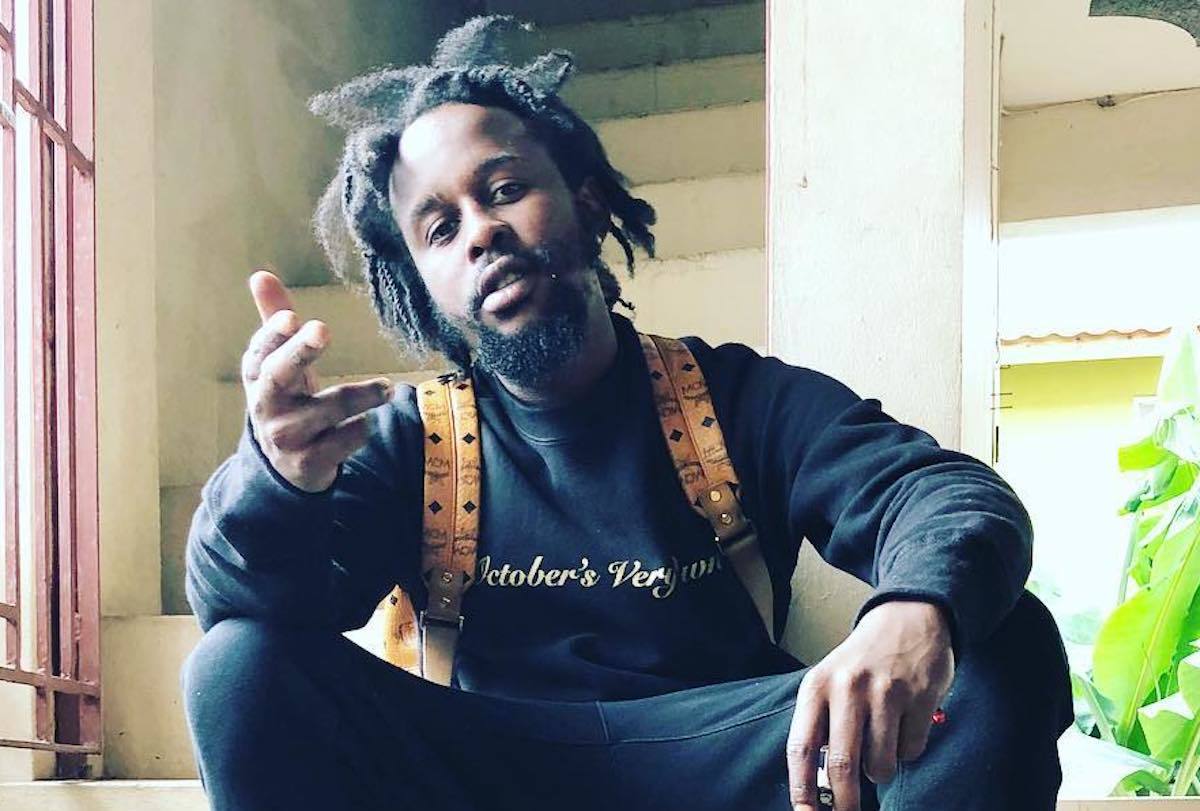 Popcaan donated a $100,000 for kids from the Walker’s Place of Safety to watch Black Panther.

Black celebrities across the U.S. have been spending their own money to rent out theaters across the country for less fortunate kids to watch the hit movie Black Panther. Now local dancehall celebrities are also doing the same. Popcaan donated a $100,000 to an initiative launched by radio host Nikki Z to help kids…

Spice Already Gets Into A Fight On Love & Hip Hop Atlanta Spice is the newest cast member of “Love and Hip Hop: Atlanta” and already she has gotten into a fight.

Vh1 has released the trailer for season 7 of Love and Hip Hop: Atlanta showing a drama-filled season ahead with some new faces and some veterans. Spice and Erica Mena are among the new faces to join the Atlanta franchise of “Love and Hip Hop.” Already we are… 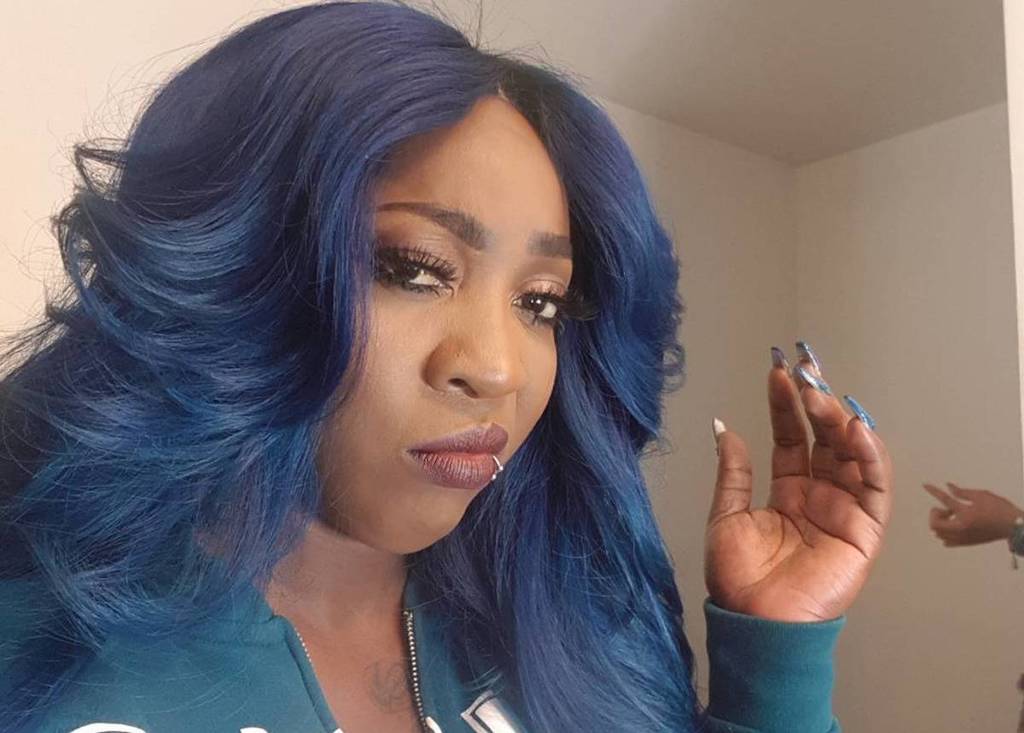 Spice is facing widespread criticisms for saying the reason she joined Love and Hip Hop: Atlanta is because she outgrew Jamaica.

VH1 is currently running promos for season seven of Love and Hip Hop: Atlanta and Spice is getting a lot of highlights being the newest cast member and the only dancehall artist on the show. The first clip shows her getting into a… 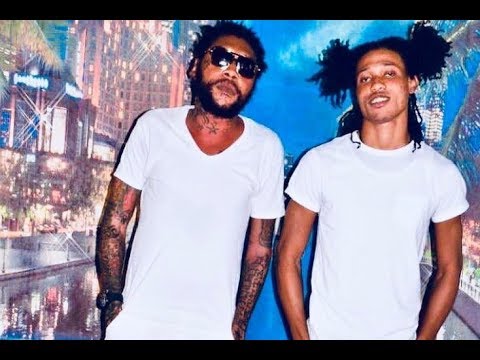 The up and coming dancehall deejay released a new diss track “Rice A Stream” this week going after Popcaan once again. This is the second diss track he released in the last couple of months aimed at the Unruly Boss and we’re told that Vybz Kartel is aware of it and is okay with it. For those of you who don’t know who Sikka…

Is Nicki Minaj Pregnant with Nas child? There’s DRAMA In Their Relationship ALREADY

Safaree is spilling tea on how Nicki, and Nas were sneaking around on him – behind his back on a video set.
Safaree stepped out for a WEED BREAK – and Nas stuck his tongue down Nicki’s throat.

Konshens Explains Why He Is Done Making Positive Music Konshens says he is hanging up the mic where positive songs are concerned.

Some fans will think that the dancehall deejay is being dramatic but if you listen to his explanation you will see his side of the story. I think artists should be versatile and do different types of music, but often times its the positive songs from some artists that they put the most… 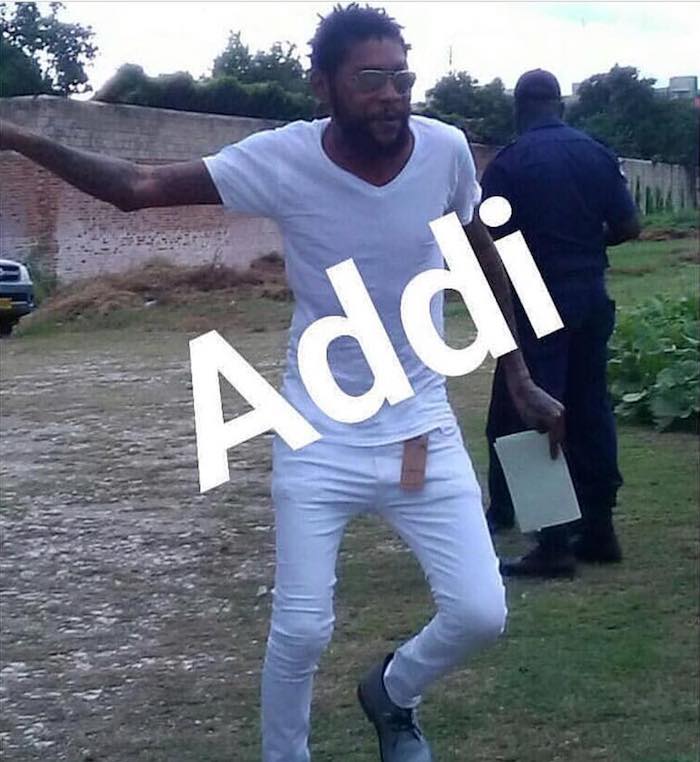 Vybz Kartel may have found a lucrative business selling bleaching cream in prison.

Kartel is currently serving a life sentence in prison for murder but it’s like he never left dancehall. There aren’t any other dancehall artist who is more relevant than Vybz Kartel currently and it seems his enigmatic personality is being felt in prison. The “Fever” deejay, who… 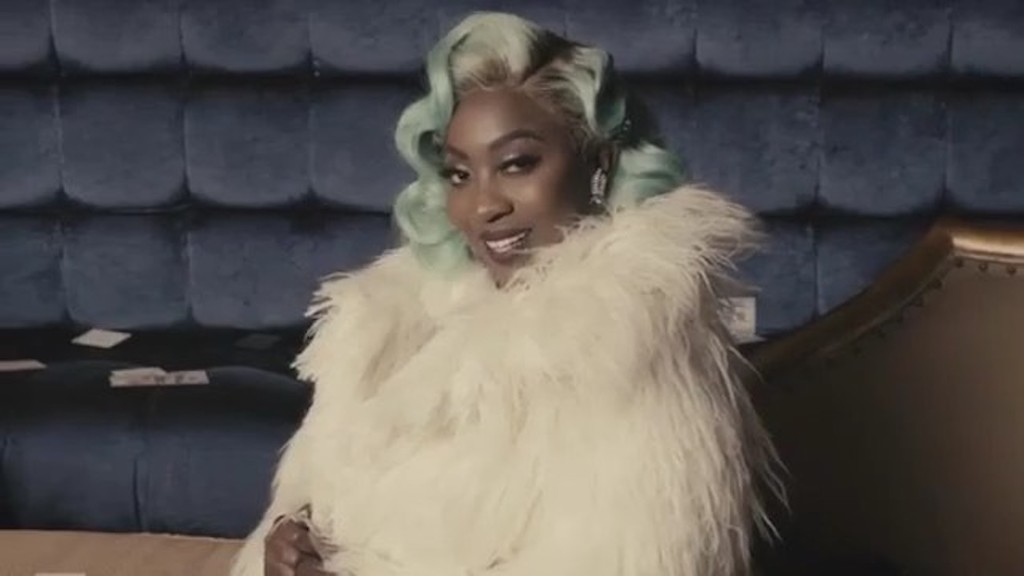 Spice critics have been going in on her about her accent on “Love and Hip Hop: Atlanta.”

Spice is the newest cast member of “Love and Hip Hop: Atlanta” and already she is making her presence felt. LHHATL season 7 premieres next week Monday and VH1 gave us a glimpse of the drama coming this season. At the center of it all is Jamaican dancehall sensation Spice,… Dancehall legend Flourgon has filed a $300 million lawsuit against Miley Cyrus for jacking his lyrics.

According to the deejay, born Michael May, Miley stole his lyrics for her 2013 smash hit “We Can’t Stop” and that song helped her became a megastar. The suit was filed in a New York court on Tuesday of this week and the legendary Jamaican dancehall deejay is…

Hood Celebrityy has no time for clashes 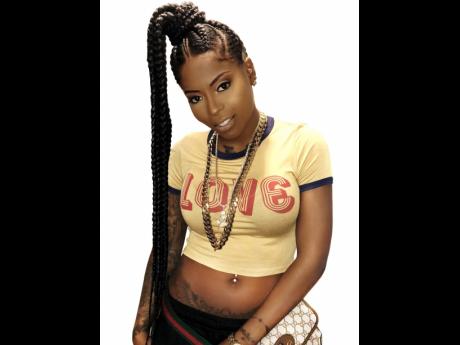 Jamaica-born artiste Tina Pinnock is against the idea of entertainers clashing, although it is not unusual to hear of events promoting that style of entertainment in New York, where she was raised.

Known professionally as Hood Celebrityy, the recording artiste told The STAR that an entertainer-against-entertainer clash only creates or adds fuel to the fire in an argument between two people whose focus…

The following is a statement from the RJRGLEANER Communications Group:

The RJRGLEANER Communications Group is shocked and disturbed by statements made by popular dancehall deejay Moses 'Beenie Man' Davis calling for the "killing" of Dr Dennis Howard, general manager of radio services in our Group. In addressing an audience at what appeared to be a party, Davis then adjusted his statement to say that…

In the dichotomy of 'gyal chune' versus 'gun chune', many dancehall artistes straddle the line. Despite the variance between those prominent categories of dancehall music, the entire genre is scrutinised for its potential to negatively influence young consumers, causing policymakers to call for sanctions against some musical content.

"Dancehall, of course, plays a role because [fans] look up to dancehall…