Warrant Out For Mavado’s Arrest

MAVADO could find himself in police custody when he returns to Jamaica from touring overseas.

The dancehall star was a no show in the Corporate Area Resident Magistrate’s Court last Thursday in his ongoing assault trial.

Mavado’s lawyer, Tamika Harris, who was present in court on behalf of the deejay, asked the judge to stay the warrant execution at least until the… 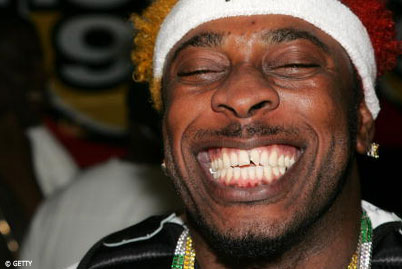 LOCAL radio station Zip FM could be facing a hefty lawsuit from Elephant Man following their irresponsible posting a story alleging that the deejay was found at his house with six homosexual men.
Sources close to the deejay, claim that the artiste has not been to that house in over a year as the house is undergoing several repairs, the source also said…
Continue

Elephant Man made gossip headlines today after reports surfaced claiming that he was caught with a group of gays last night.

Several anonymous emails came flooded Urban Islandz inbox today with the allegations. So we reach out to a rep of the dancehall veteran for a comment.

Vybz Kartel could be having a hard time behind bars if there is any truth to this new piece of information reaching the streets.

Early this morning an inside source in law enforcement said Vybz Kartel was attacked and beaten earlier this week in jail.

The source says the attackers are a cronies of one of Vybz Kartel alleged murder victim, Clive ‘Lazard’…

As if Vybz kartel name cannot be tarnished any further.

Scamming has find its way into the heart of Jamaican culture, dancehall.

Scam artists are targeting dancehall stars and Vybz Kartel name is at the center of the controversy. 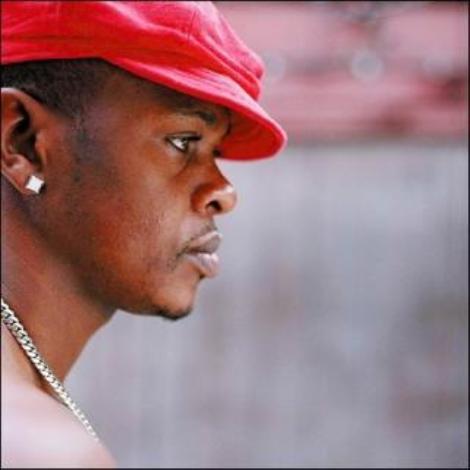 The warrant was issued by the Bronx County Family Court in New York after Ms. McBayne failed to appear at a child custody hearing Tuesday morning as… 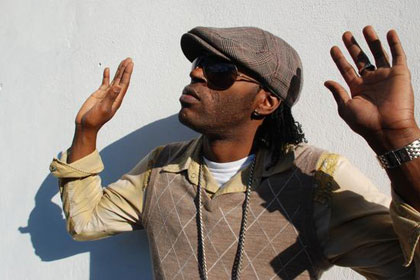 DANCEHALL ARTISTE Bugle has released a song called Nuh Compatible that many are crediting as being a diss song aimed at his ex-girlfriend Raine Seville, who recently released semi nude pictures with fellow dancehall artiste Konshens in promotion of their song Sekkle Dung Pussy.
…
Continue

A New Kartel Album This Summer? As embattled deejay, Vybz Kartel awaits a spring court date to begin his long-awaited murder trial, he could be set to release a new album from behind bars this summer as he looks to satisfy his fans’ desire for new material.

On Sunday, reports emerged that the ‘Worl’ Boss’ is planning to drop a 20-track album from jail, featuring a number of unreleased…

Dancehall artiste Ding Dong known for hits such as ‘Holiday’ and ‘Gyalis’ has returned to the spotlight armed with a positive message for the youths.The entertainer recently joined forces with award winning producer Markus Myrie of Markus Records on a… 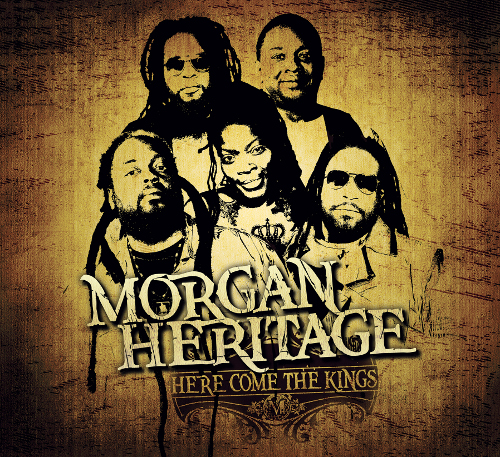 Globally known as the “Royal Family of Reggae,” and now today being dubbed as the “Rolling Stones of Reggae” (in large part due to the act’s electric stage shows), Morgan Heritage has established themselves as the… 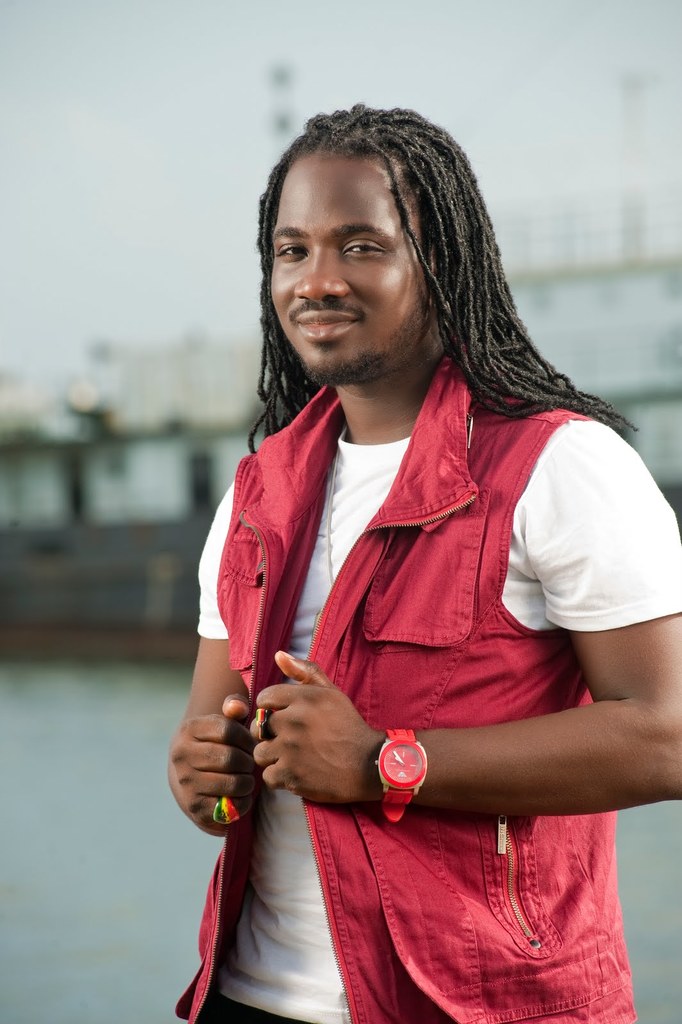 Generally the phrase “Who’s Next” is not associated with superstars. The exception is I-Octane who will be headlining premier radio station Hot 97′s famed “Who’s Next” showcase at SOBs on April 24th.

Recognizing the singjay’s dominance of the dancehall scene… YouTube sensation and one-time deejay, Clifton 'Cliff-Twang' Brown is now facing his most serious legal battle yet after his wife of five years has accused him of rape.

According to reports, the man who coined the famous term, Nobody Canna Cross It during a TVJ interview in the spring of 2011, was back in court on Tuesday after his wife alleged that he…

Buju Back In Court June 26th 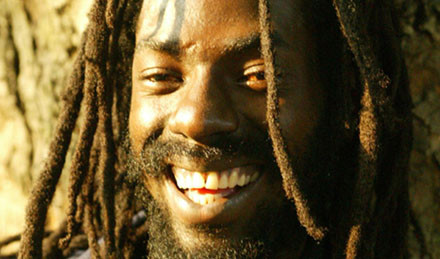 Embattled Reggae/Dancehall superstar, Buju Banton will return to court June 26 in his juror misconduct case as he seeks a new trial.

Buju, who’s real name is Mark Myrie, was ordered to appear by Judge James Moody along with Terri Wright, the juror who is alleged to have violated court orders during the singjay’s February 2011…

They are absolutely safe and are available without prescription hence that makes the fact clear that anyone facing such issues can consume it without much hesitation. Along with enhancing your sexual health, it can also have a positive effect on your overall health.

As a prescription drug, Levitra will require a physician to determine the cause of a man's inability to attain an erection, whether physical or mental. While there are no medical tests to help with this determination,… Continue

UWI Professor Says Kartel's Book Should Be Taught In School 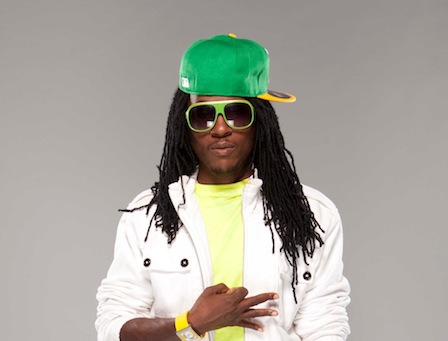 DANCEHALL artiste Khago accuses dancehall producer Skatta Burrell of having a sexual relationship with Joe the CEO of Downsound Records.

According to Khago, Toya who is also a dancehall artiste and wife to Joe, has no time to romance her husband because Skatta is always around the man giving him no personal time with his…

The Garnet Silk Foundation is refuting claims that the late singer’s remains were stolen.

Fabian Smith the second child for Garnet tells Music News that his father’s remains are safe and with his children.

Meet The White Man Who's Running Things In Dancehall To keep it simple, Josef Bogdanovich is the money man behind Downsound Records and his name is starting to ring bells everywhere you go.  He's known to be the man who was able to record and video Jah Cure's hit song, "Reflections" while he was still incarcerated.
In this interview he talks a bit about his passion for reggae, the reason why…
Continue Jamaican music producer Jeremy Harding talks Sean Paul sticking to dancehall when breaking mainstream markets in the early days, reason for change on Imperial Blaze, theory on the evolution of dancehall and how hip hop help create the classic Playground riddim (Beenie Man “Who Am I?” Mr Vegas “Nike Air”).

Universal record's artiste Orisha Sound has collaborated with Sizzla Kalonji. The song is called Embrace It and also carries a seductive music video.
Embrace It is produced by Shel-K Production/Magz Recordz on the Tunder rhythm, Shel K has worked with artistes like Toni Braxton, Backstreet Boys and…
Continue