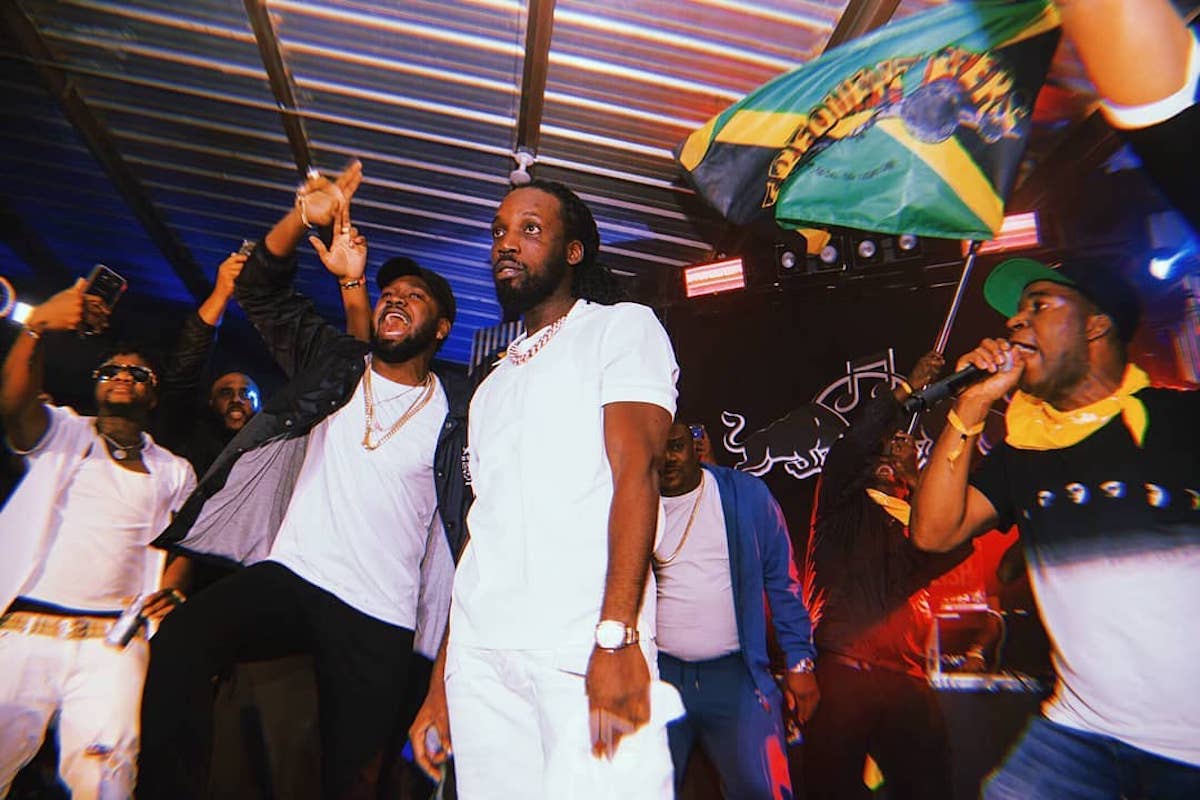 Mavado came through and shelled down the 2018 Red Bull Culture Clash to give Kranium team the win.

This year’s Red Bull Culture clash in Atlanta came to a climax when Kranium team surprised the crowd by calling out dancehall legend Mavado. The crowd went wild when the Gully Gad touched the stage, and throughout his… 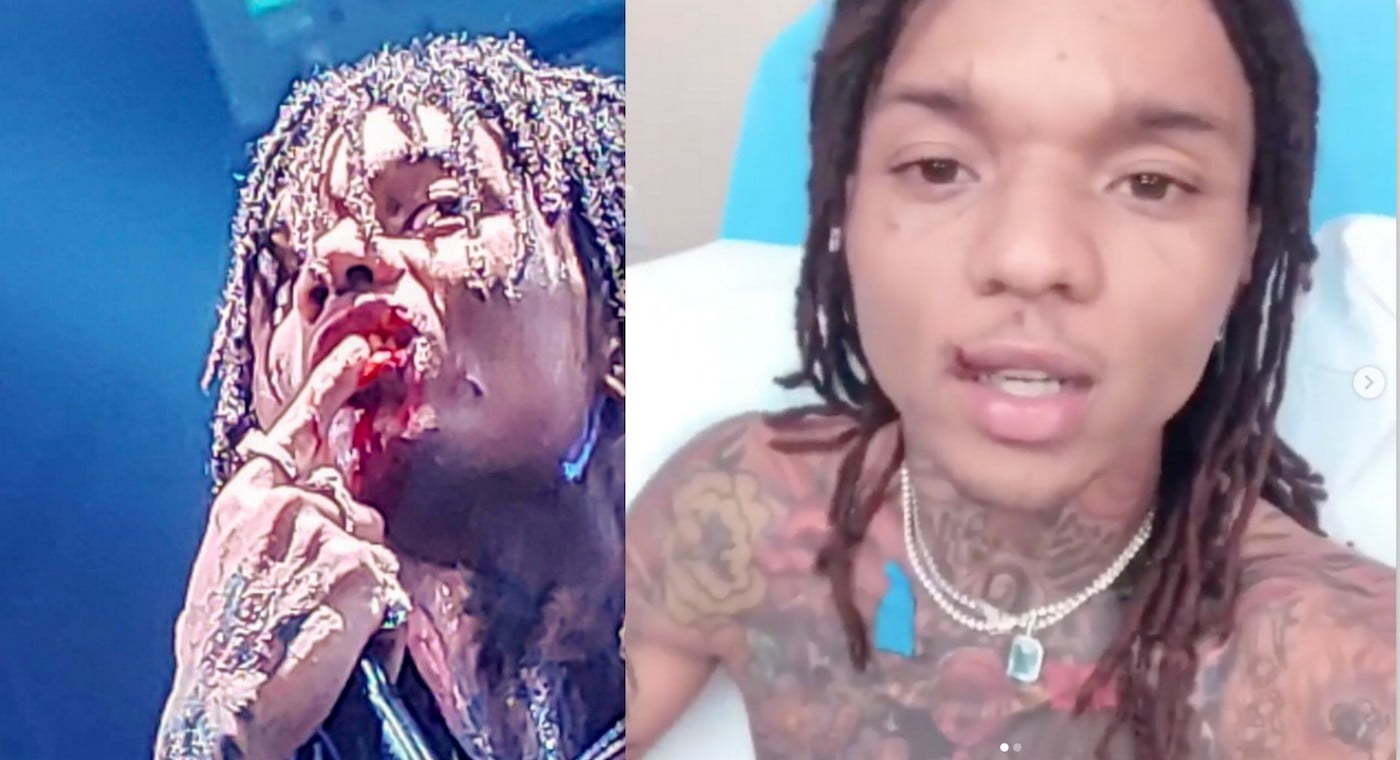 Rae Sremmurd’s singer Swae Lee went to the hospital on Sunday night for a busted lip after a fan threw a phone on stage.

The whole incident was bizarre, but you can see in the video clip below that Swae Lee was understandably very angry. “You f***ed up my face bro,” he yelled while blood gushed down his face. “You threw that sh*t like a… 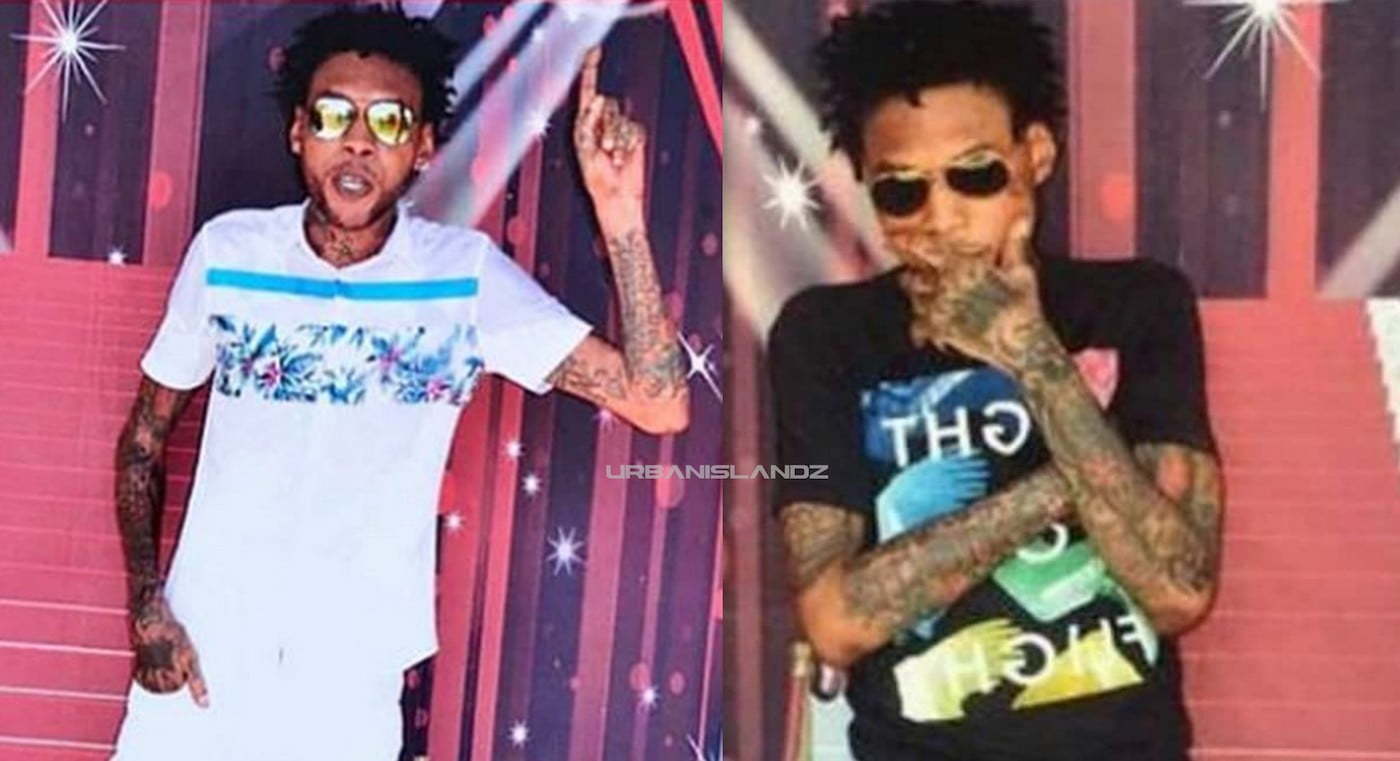 Vybz Kartel’s new photos from prison are causing quite a stir among dancehall fans.

Urban Islandz obtained these new photos of Vybz Kartel behind bars in a recent family day visit. A number of the dancehall legend’s friends including Sikka Rhymes and Gaza Slimatic visited the deejay at the Spanish Town prison last week.… Lisa Hyper is opening up about her relationship with Vybz Kartel saying it’s deeper than dancehall.

Lisa Hyper, former known as Lisa Hype, was one of the original members of the Vybz Kartelled Portmore Empire. She has collaborated with her former mentor on many occasions in the past including on a song titled “Whine For Me” which fueled rumors that the two are in a relationship. A leaked photo…

The History/Origin of Reggae 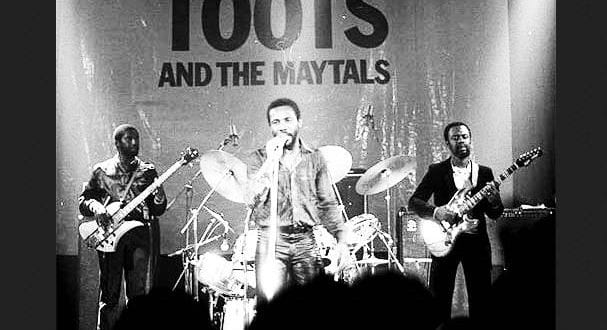 A 1968 single by the Jamaican group “Toots and the Maytals” which they called “Do the Reggae” was the first song to become popular and Reggae got its name and its introduction to the world ever since that happened. Before the introduction of Reggae there was Ska and Rocksteady and Reggae replaced Rocksteady by…
Continue

Alkaline Explains Why He Told Bounty Killer About His Mother {VIDEO} 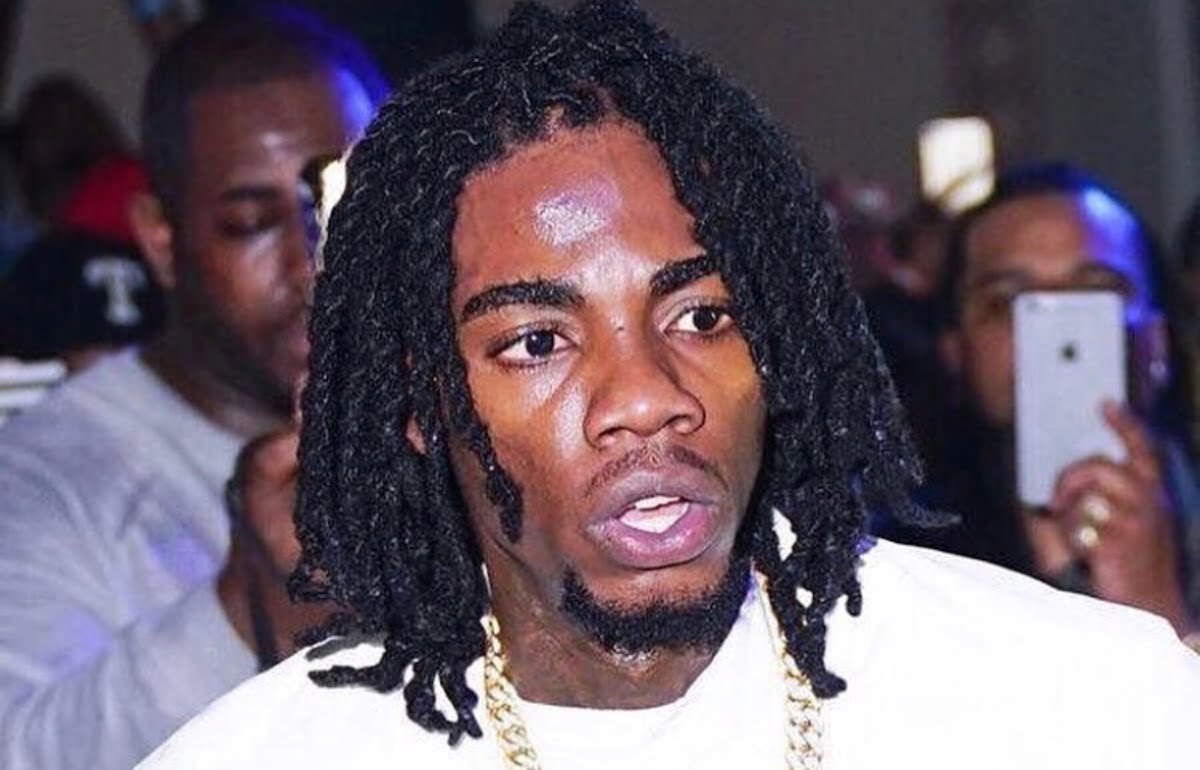 Alkaline has stepped forward to explain why he disrespected dancehall legend Bounty Killer on the Gram.
In all fairness to Alkaline, Killer disrespected him first, and he returned the favor. During his rant about Mavado, Bounty Killer turned his attention to Alka calling him the biggest “Freakazoid” in dancehall.… 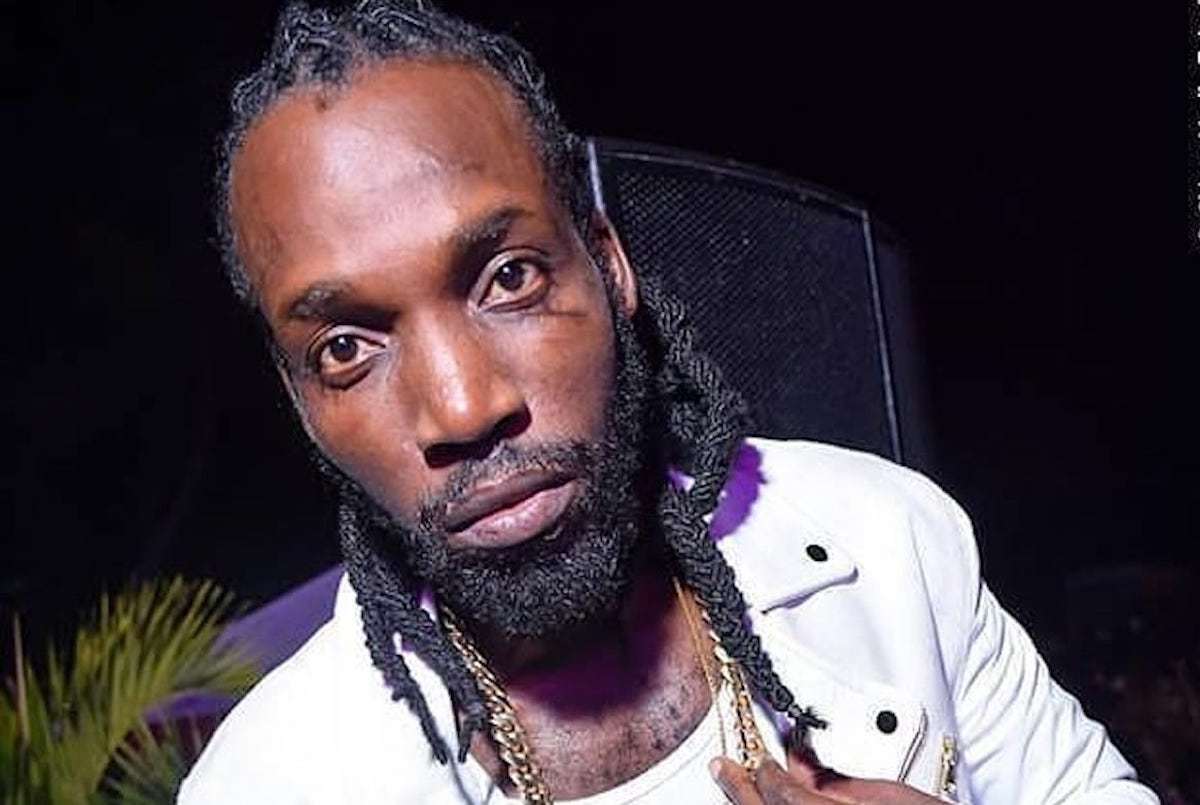 Mavado claps back at Bounty Killer on the Gram as their feud deepens.

Dancehall legend Bounty Killer went after one of his famous protege, Mavado, while praising another, Vybz Kartel, in a lengthy rant on Instagram. Killer was responding to a Gullyside fan comment went things went south. The fan questioned why he…

(Audio + Video) CARIBBEAN FEVER EXCLUSIVE: Barrington Levy Explains The Virus That He Has, The Origins Of His Patented 'Shiddly Diddly Whoa' Adlib And His Biggest Musical Regrets Months ago Barrington Levy went on Instagram and told his followers that he has a virus. On Caribbean fever the Here I Come singer finally explained what virus he has. He also talked about where his infamous "Shiddly Diddly whoa" adlib came from and what parts of his early songs that he regretted, check out the full interview below.… 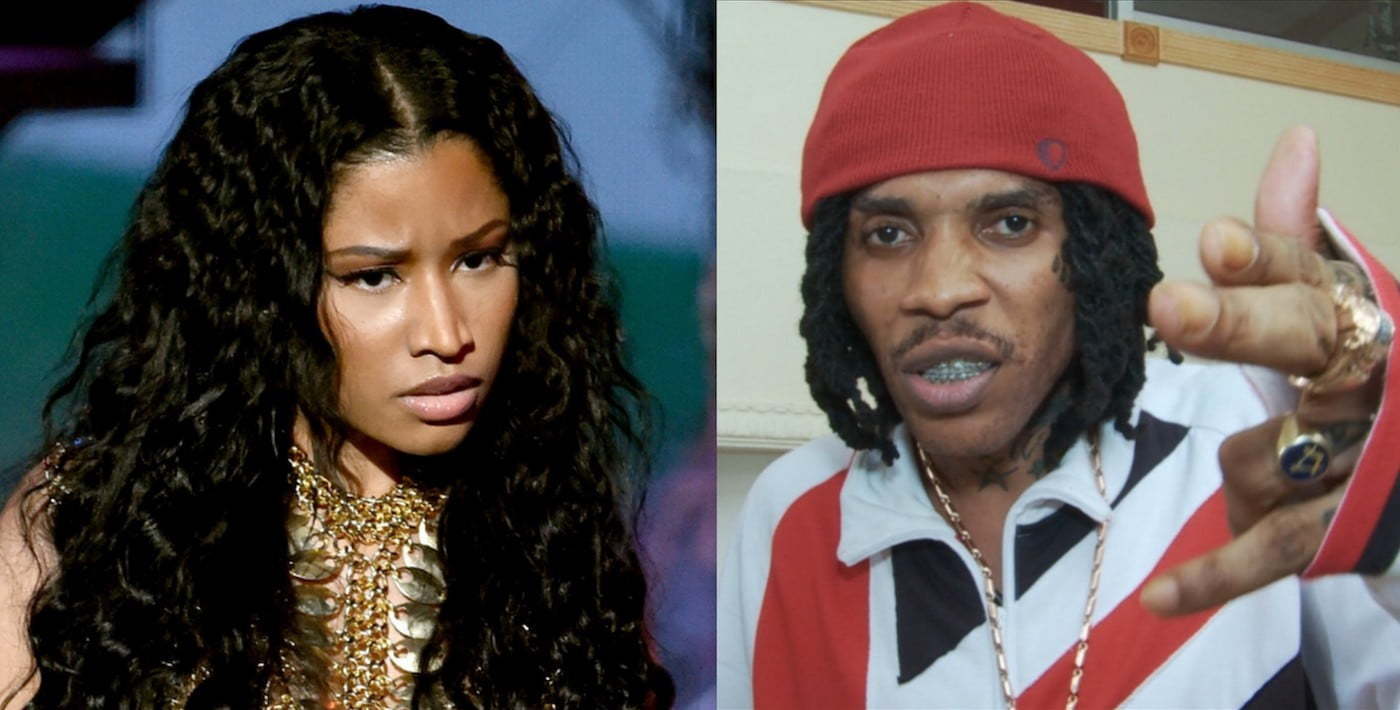 Nicki Minaj is still a huge fan of Vybz Kartel.
Nicki Minaj new album Queen is now out and not only did she tapped into her Caribbean roots, but she also pays homage to a bunch of reggae/dancehall legends and call for Vybz Kartel to be freed. Nicki has a dope new song with Foxy Brown on the album named “Coco Chanel.” The track is one of the… 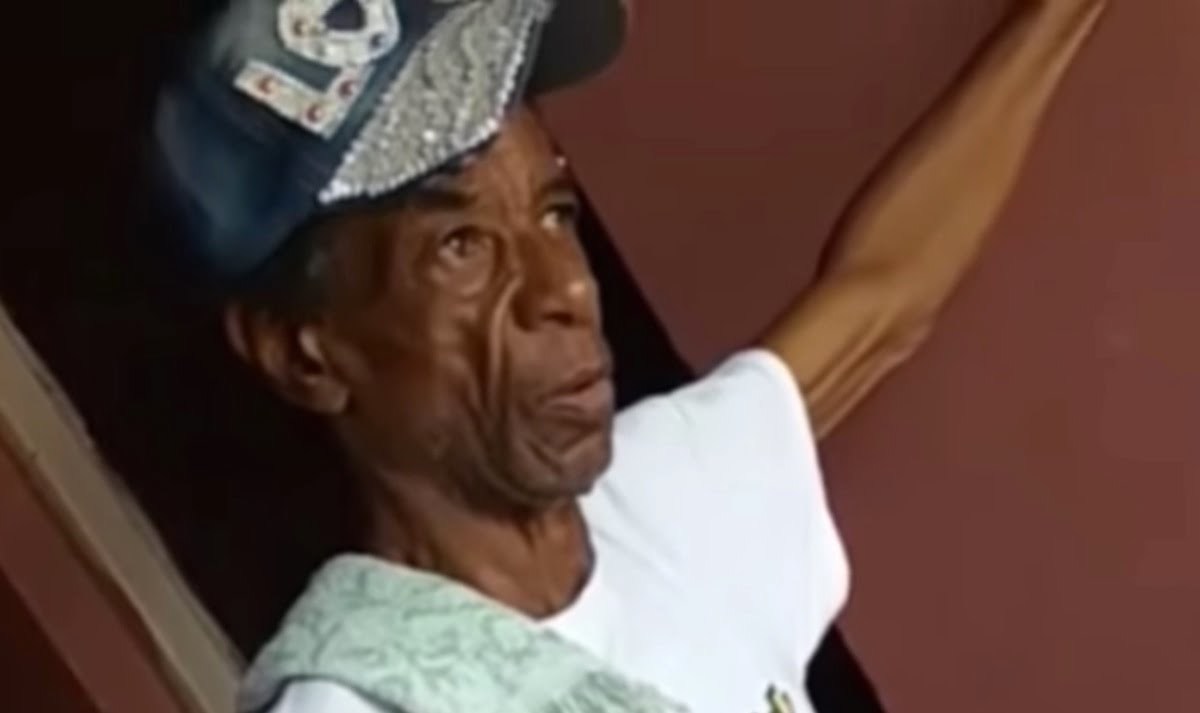 The retired dancehall dancer has been located after over a week of reports that he has gone missing. Last weekend, LA Lewis posted a video of himself at Labba Labba home where he claimed that he is unable to locate the dancer. A video… 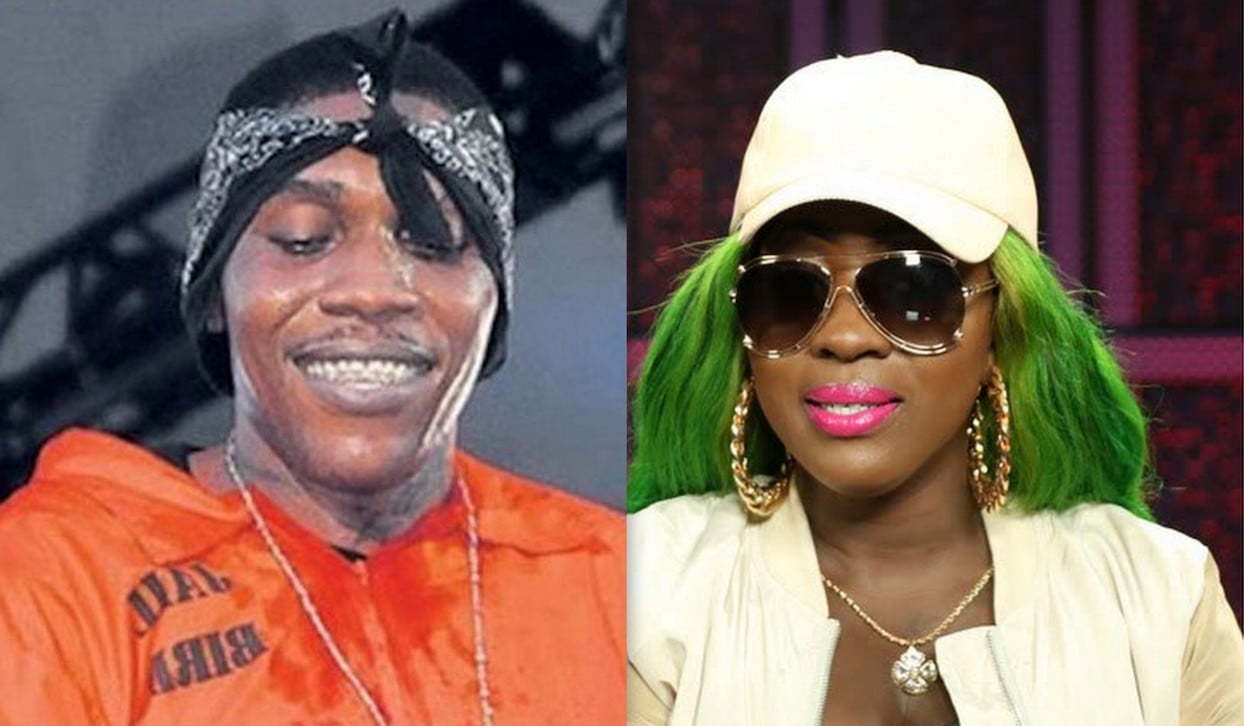 Spice says Vybz Kartel will win his appeal and come back to run dancehall with her.
Spice is the leading lady in dancehall right now and is arguably the new queen of the genre. A sizeable portion of dancehall also views Vybz Kartel as the king, although Beenie Man and Sean Paul are still very much active in the genre. King and Queen aside,… 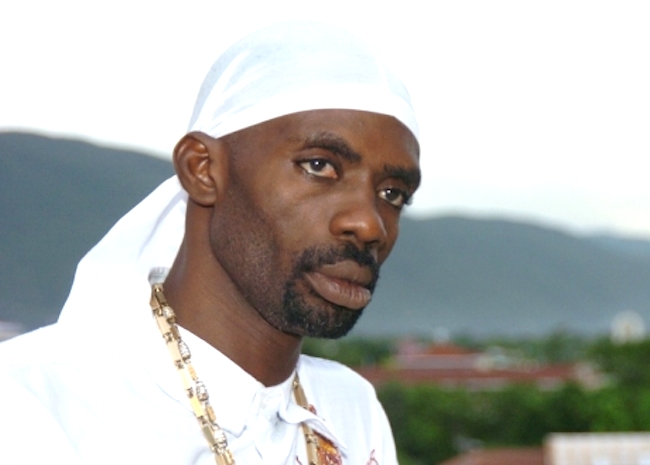 Sean Paul has weighed in on Vybz Kartel appeal and the impact the incarcerated deejay is having on dancehall and the wider Jamaica.
Sean Paul is without doubts one of the greatest dancehall artists in history and perhaps the most commercially successful of them all. Vybz Kartel will also go down in history as one of the greatest acts to take up the mic, but his legal troubles have been dominating the… 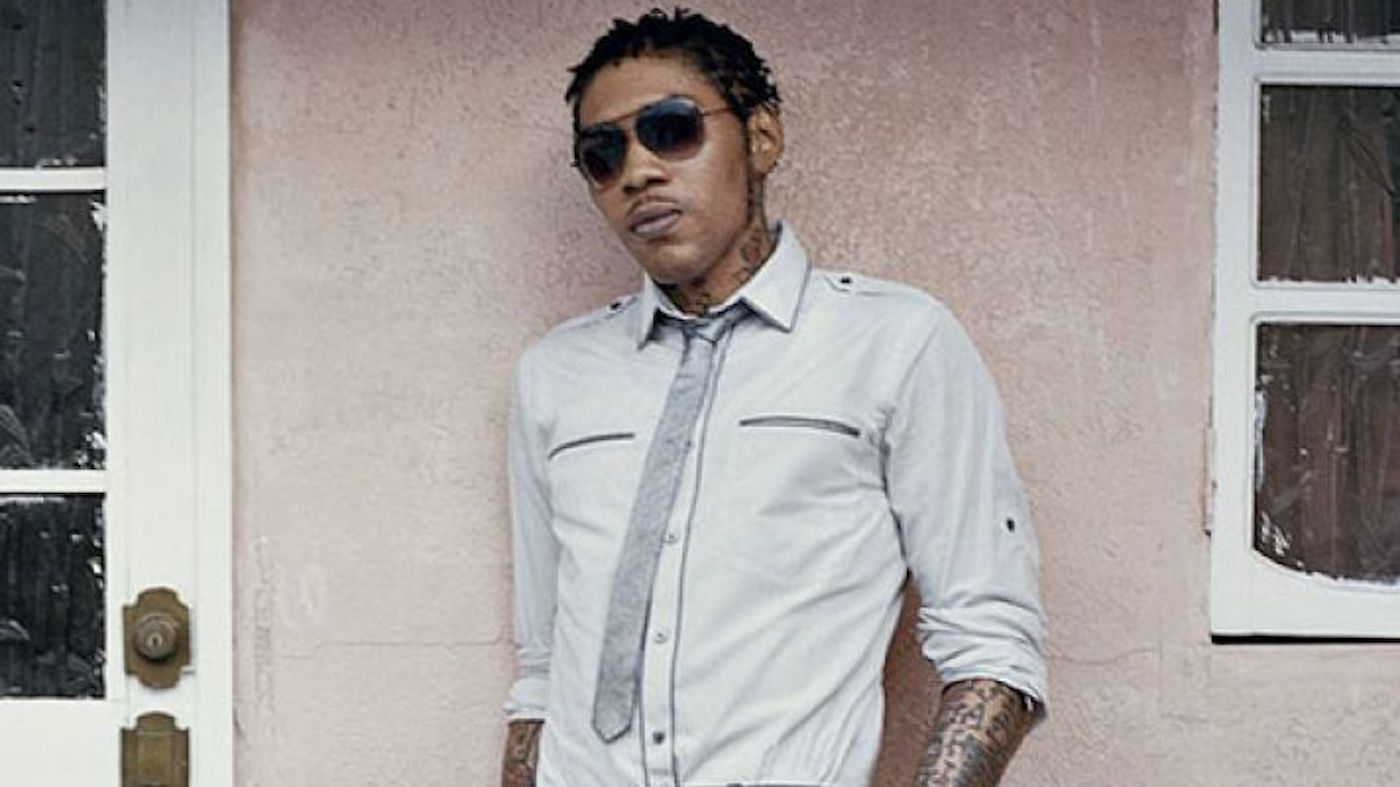 Some of you may be familiar with this beat from PARTYNEXTDOOR’s single “Not Nice” which sampled this track before the original even came out. Earlier this year, Mixpak Records released the original Vybz Kartel version and it became an instant hit. Now we have some visuals… 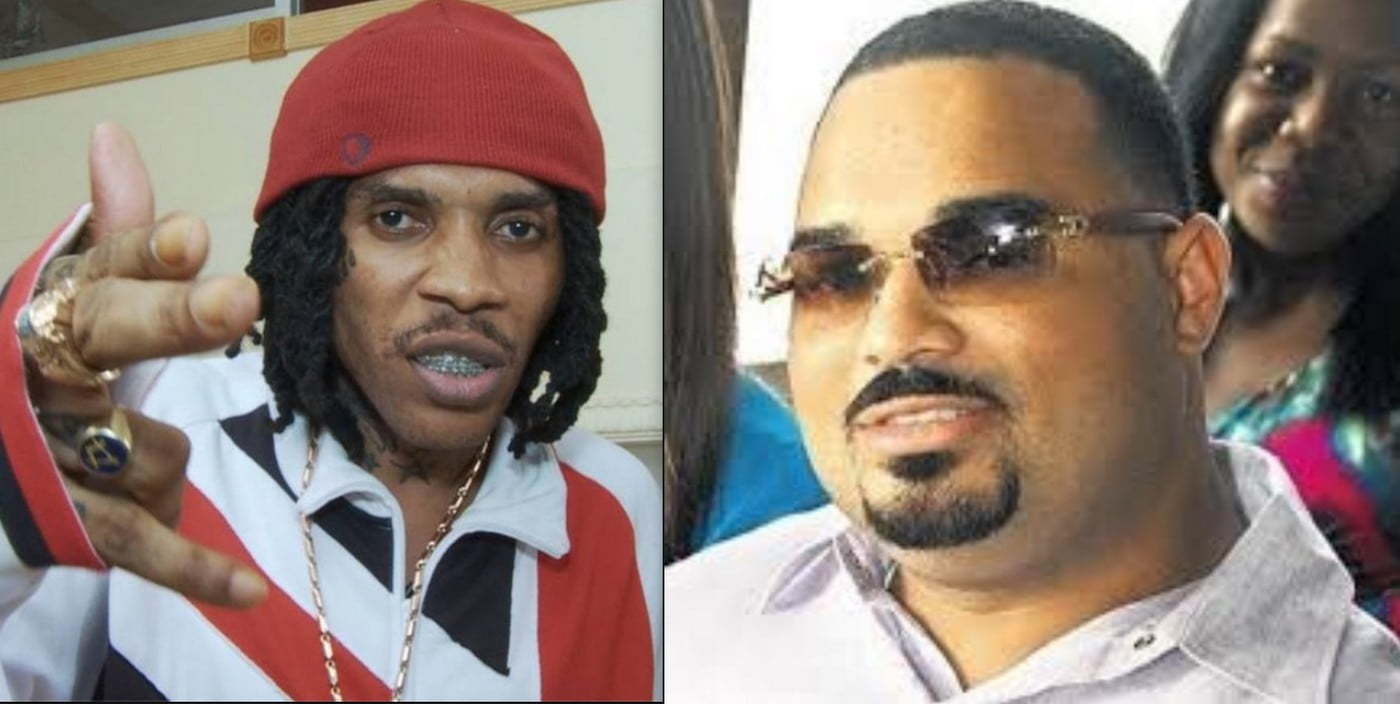 Businessman/promoter Corey Todd’s wife, Shamara is currently hospitalized in critical condition after being shot multiple times by gunmen on a motorcycle on Friday afternoon. The shooting incident took place… 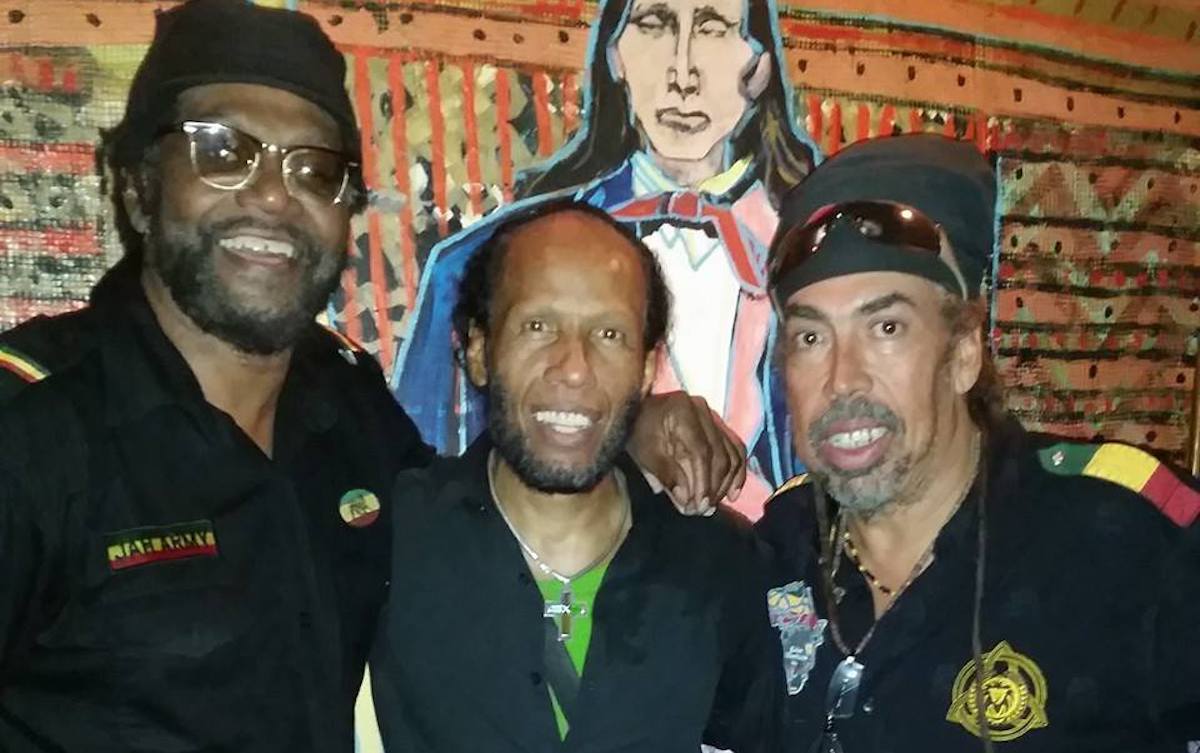 The Jamaican music fraternity is mourning the loss of another legend Irvin “Carrot” Jarrett.

Carrot Jarret died on Monday after being found unresponsive at his home in St. Andrew. The legendary reggae musician was pronounced dead at the Andrews Memorial Hospital in St Andrew. Third World founder Stephen “Cat”…