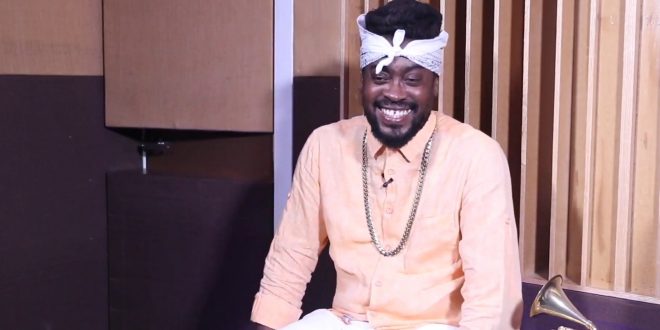 Check this the second part of a lengthy interview with the King of the dancehall Beenie Man. “Mi reach a mi hotel mi si di man dem dung stairs” Beenie explains that he initially tried to avoid Capleton and his friends in New York.…
Continue

Bounty Killer recalls getting shot at age 16 plus pirating Buju, Shabba, Baby Wayne and others in Yendy Phillips Interview – Video 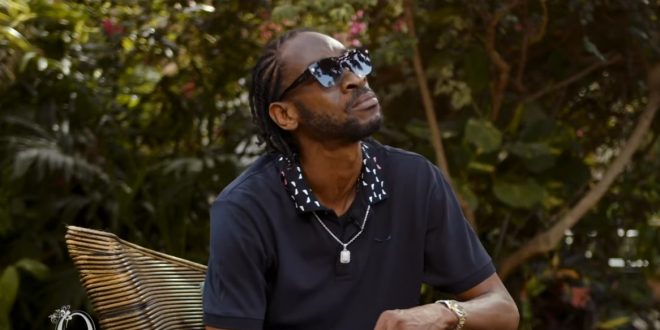 Veteran dancehall artiste Bounty Killer sat down recently with Jamaican beauty Yendi Phillipps to tell her about how he started out in the dancehall Business, from the days when he usually sings over other top dancehall artistes.

Bounty Explains that the song that got… 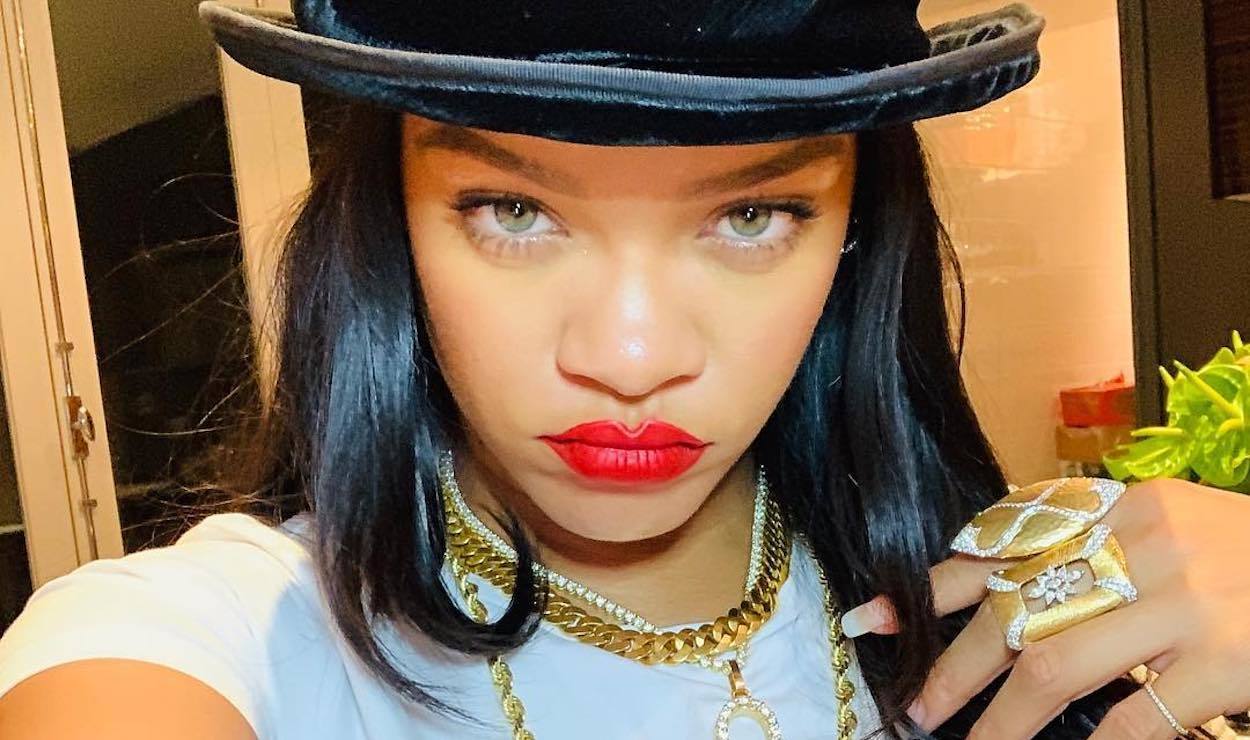 Rihanna is promoting her Fenty Skin brand all year round.

Bajan superstar Rihanna has been kept busy for the better part of the last five years with her successful Fenty brand, which has expanded to skincare. The singer who says skincare had always been in the plans for Fenty has displayed an unparalleled commitment to the line,… 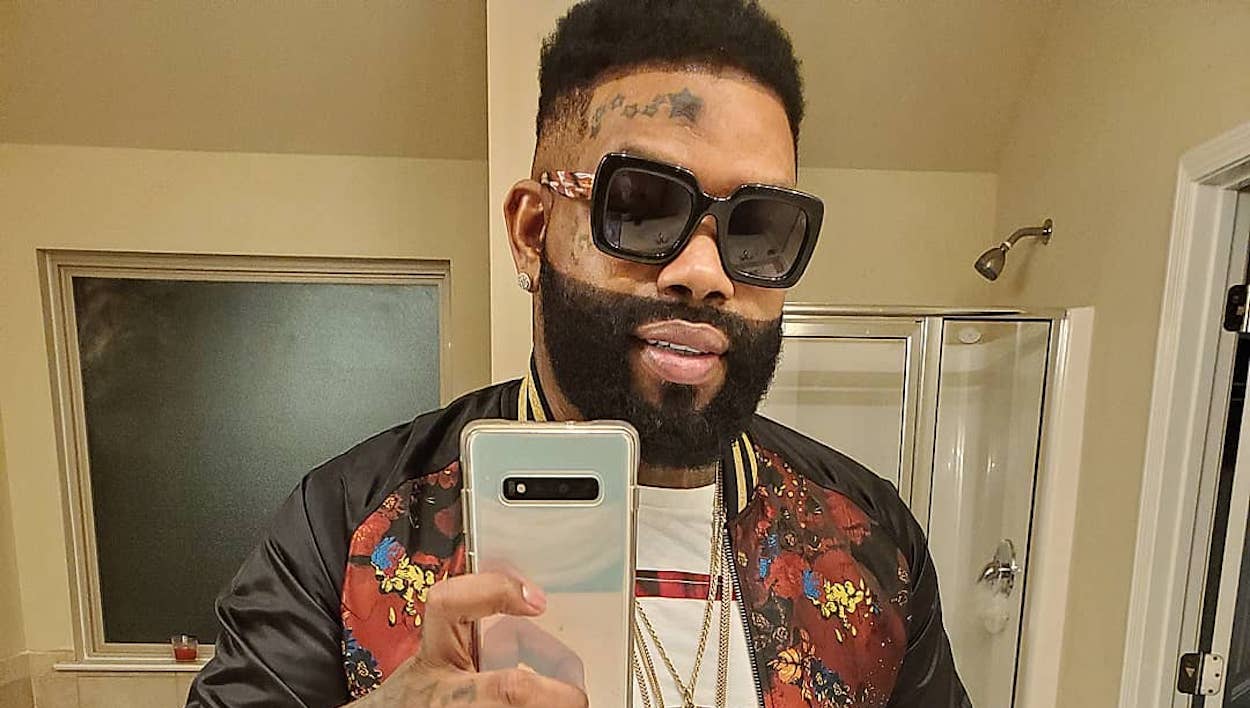 Demarco welcomes baby boy which is the perfect birthday gift.

Dancehall artiste Demarco recently celebrated his 38th birthday on September 28, 2020. However, it seems this may just be his best birthday yet after hinting that he and his wife Terry Edwards were blessed with a new bundle of joy. The multi-talented… 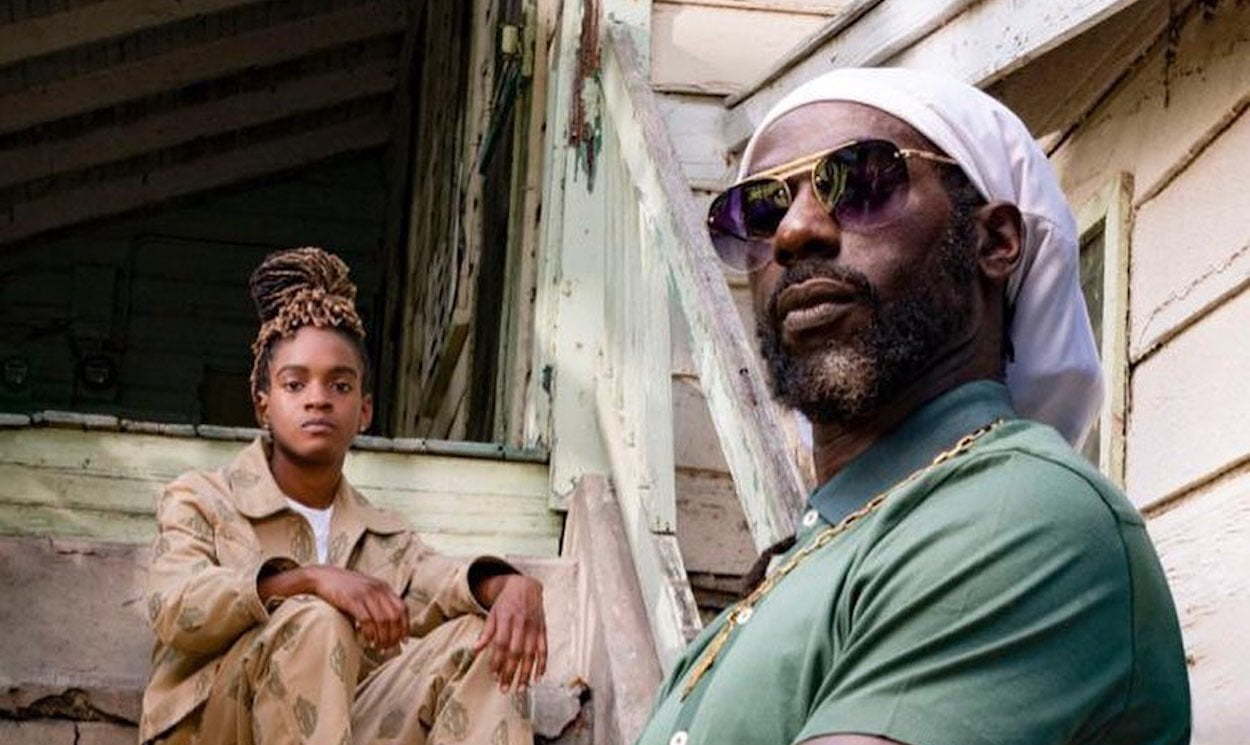 Koffee, Buju Banton, Govana, Rvssian, and Major Lazer are among the star-studded lineup for FIFA 21 soundtrack.

With the launch of two of the 2 of the most sought after gaming consoles coming this November, gamers are already brimming with excitement at the thought of all the new and fun games they… 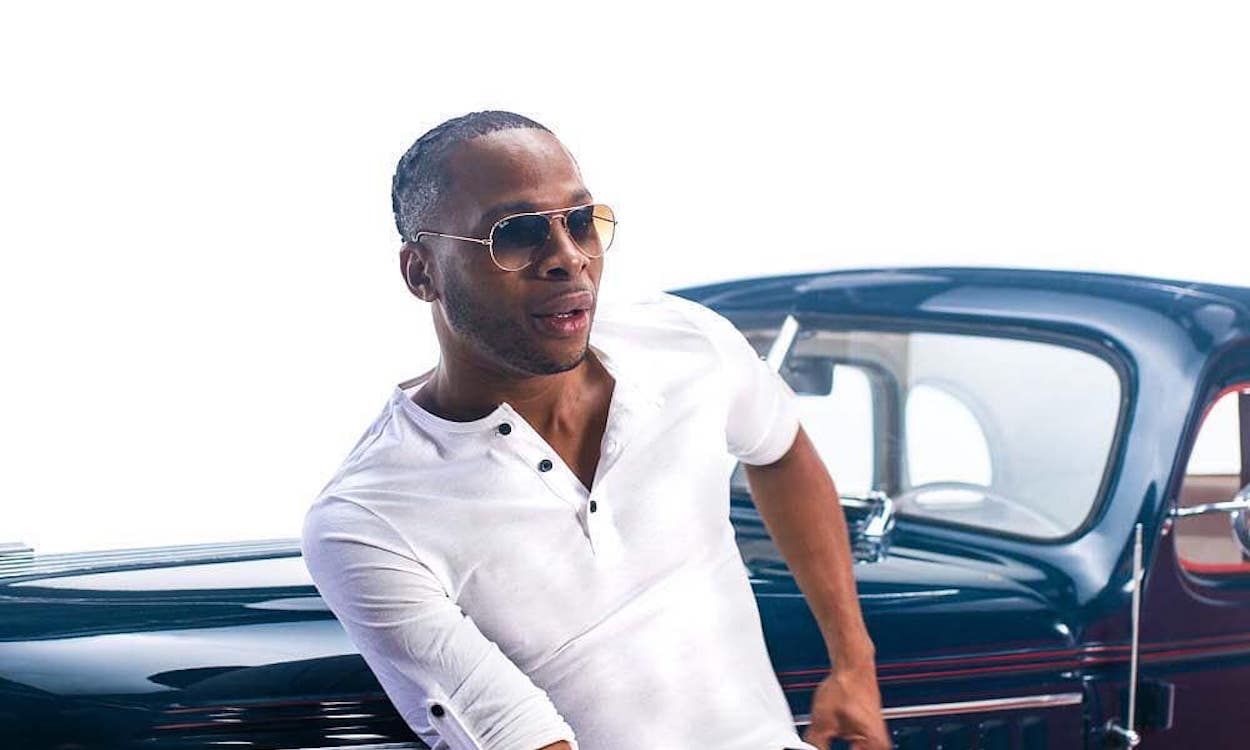 Dexta Daps is getting some criticisms for his sold out show in New York over the weekend.

Since the start of the COVID-19 lockdown, various posts on Dexta Daps’ Instagram account have highlighted the singers need to get back on stage to perform for his legion of female…

Khago talks about his Empty Bank account and Riding 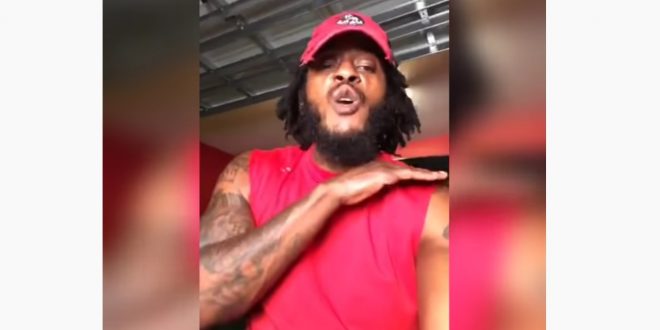 Reggae dancehall artiste Khago who now resides in the US, went live to explain his trials and miss fortunes to his fans.

The artiste who spent most of his earns in the courts states “Mi deh pan mi face”, “Can’t find $1 to buy mi son a sweety” He explains a story whereby he went… 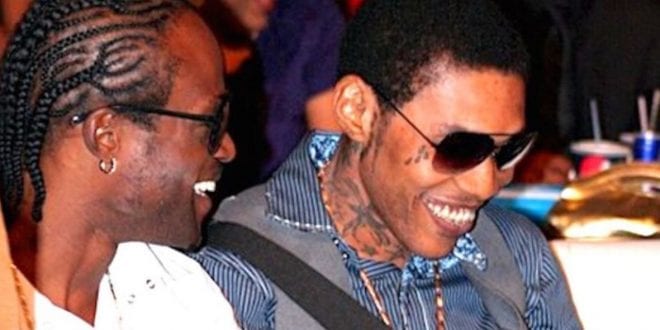 Locked-up dancehall star Vybz Kartel and Co-accused men can finally breathe easy after waiting months to be granted conditional leave to approach the Privy Council in the UK in the hope to overturn their current murder convictions.

The decision was handed down today Friday,… 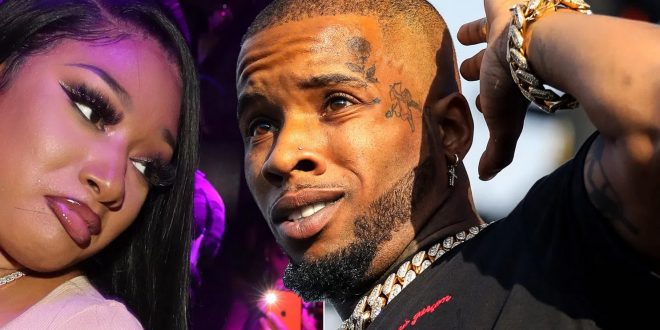 Money Over Fallouts, Canadian singer/rapper Tory Lanez is back with new music about what might have transpired between himself and Megan Thee Stallion months ago in LA after which he was arrested and charged for illegal possession of a firearm.… 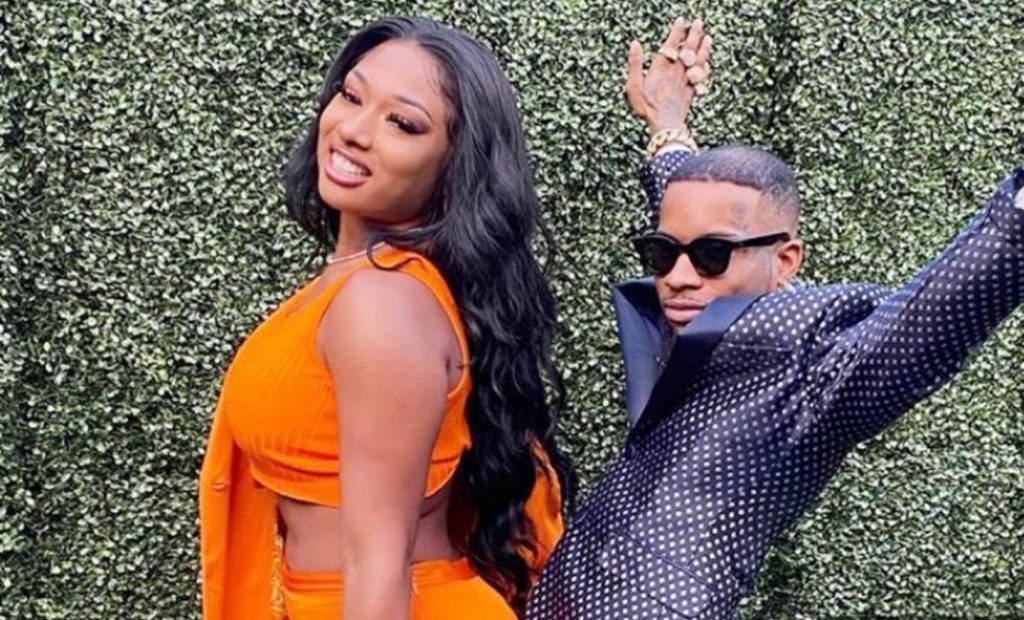 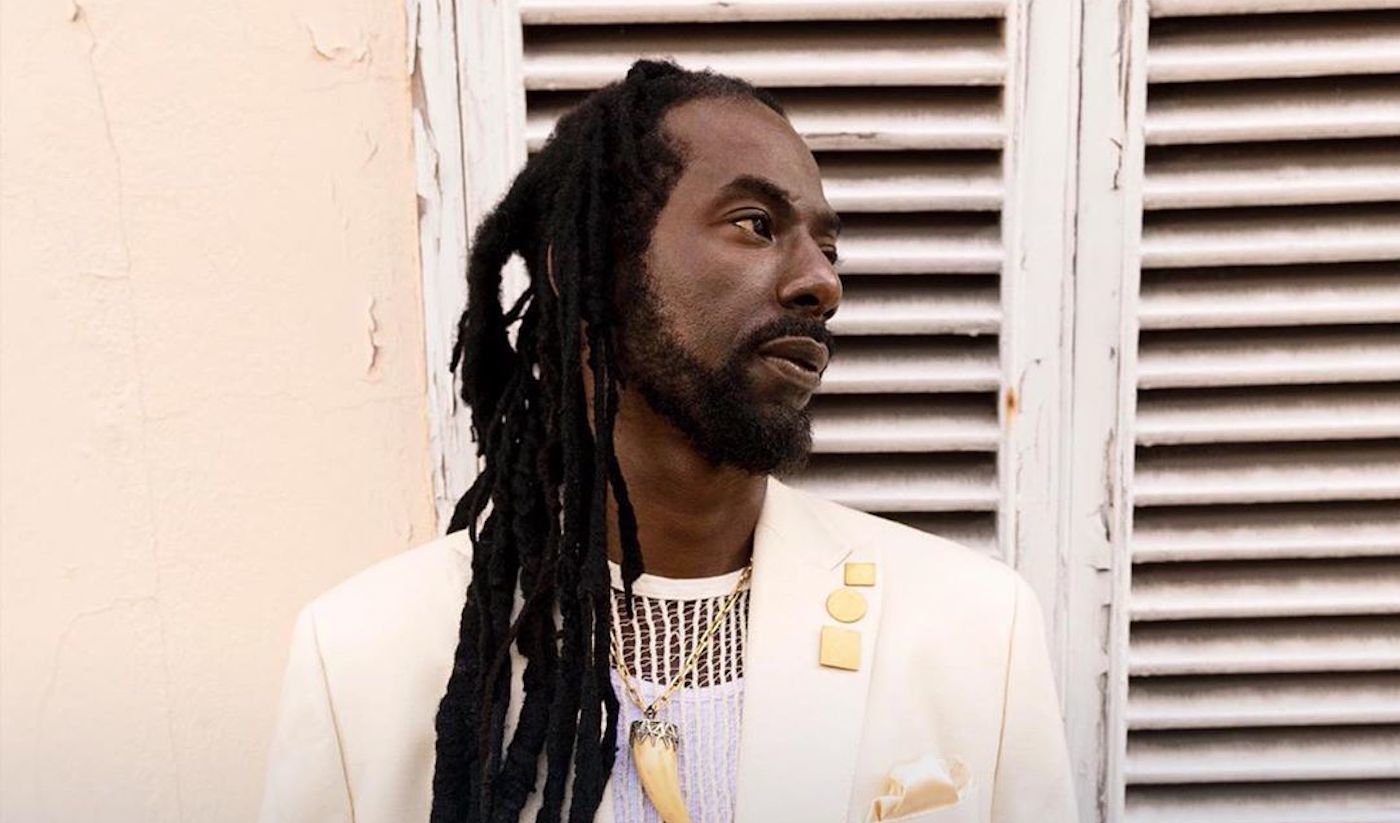 With the first-round voting period for the 63rd Grammy Awards near its closing, legendary Jamaican reggae artiste Buju Banton decided to ensure his first project in the… 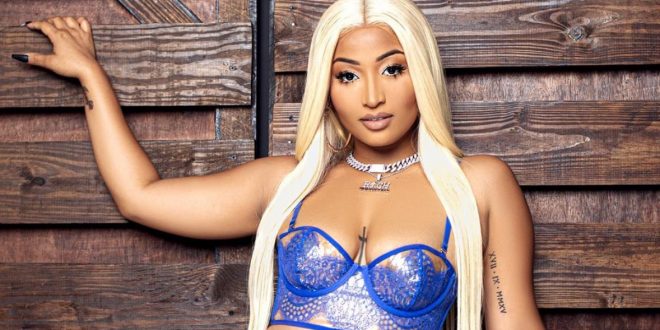 Shenseea joined forces with Rihanna’s brand “Savage X Fenty” and now manager Romeich is proud of her new adventure, Shenyeng posted a photo in which she was looking great, all glammed up, sexy and beautiful, the picture was reposted by him on his Instagram as he congratulates her.

It is clear that Romeich is feeling good for Shenseea as he added one team one dream, and… 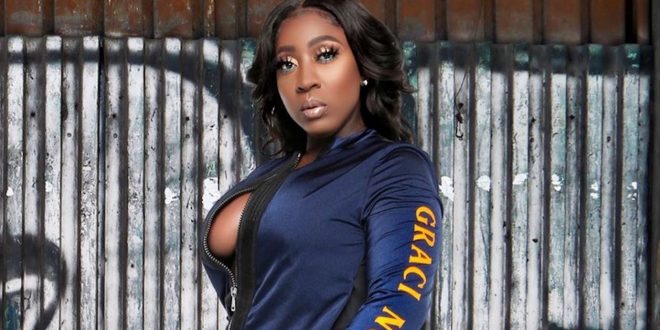 Queen of the Dancehall, Spice is not tolerating haters who want to see her fail. The Dancehall Diva has recently put an Instagram follower on blast for negatively criticizing the new fashion line she established called “Graci Noir”.

In a comment, the fan posted that the clothes were not good as her mother got one and it was not comfortable and it… 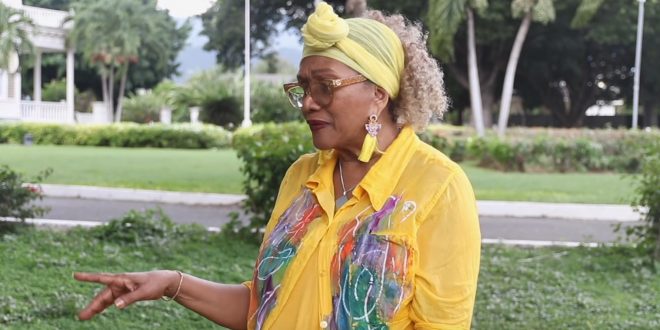 I shall sing as long as i live” The queen of Reggae Marcia Griffiths sat down with Teach Dem to talk about her musical career from start to current. The Kingston native explains that she was a young girl singing a song titled “wall of love” one day in her yard, 11 years old at the time when someone discovered her talent and took her to perform at The Ward Theatre in Down Town Kingston.… 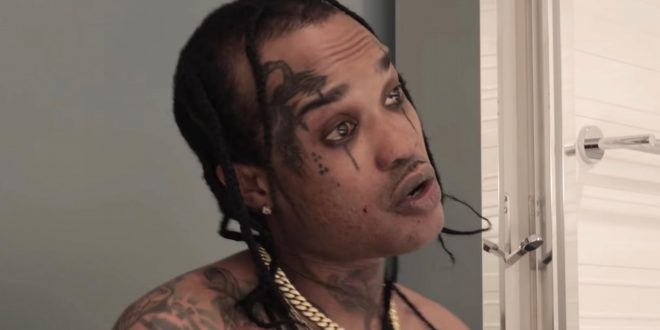 Mobay deejay Tommy Lee Sparta is putting some light on his recent run-in with the Jamaica police and also highlights what many youths in his position go through when they are classified as a don.

Beenie Man Visited by the Police 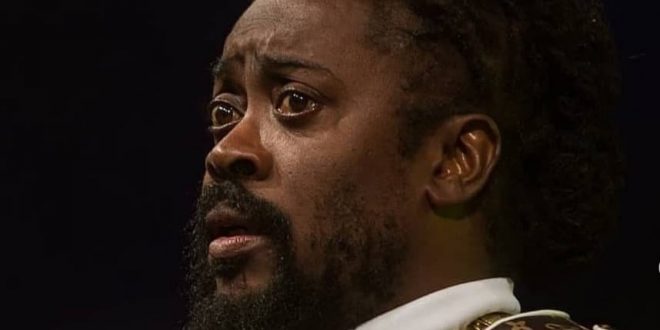 The JCF has officially reported that Beenie Man is not in lockup in reply to recent rumours, Senior Superintendent of Police (SSP) Stephanie Lindsay explains why the King of the Dancehall was visited by the cops however not arrested. 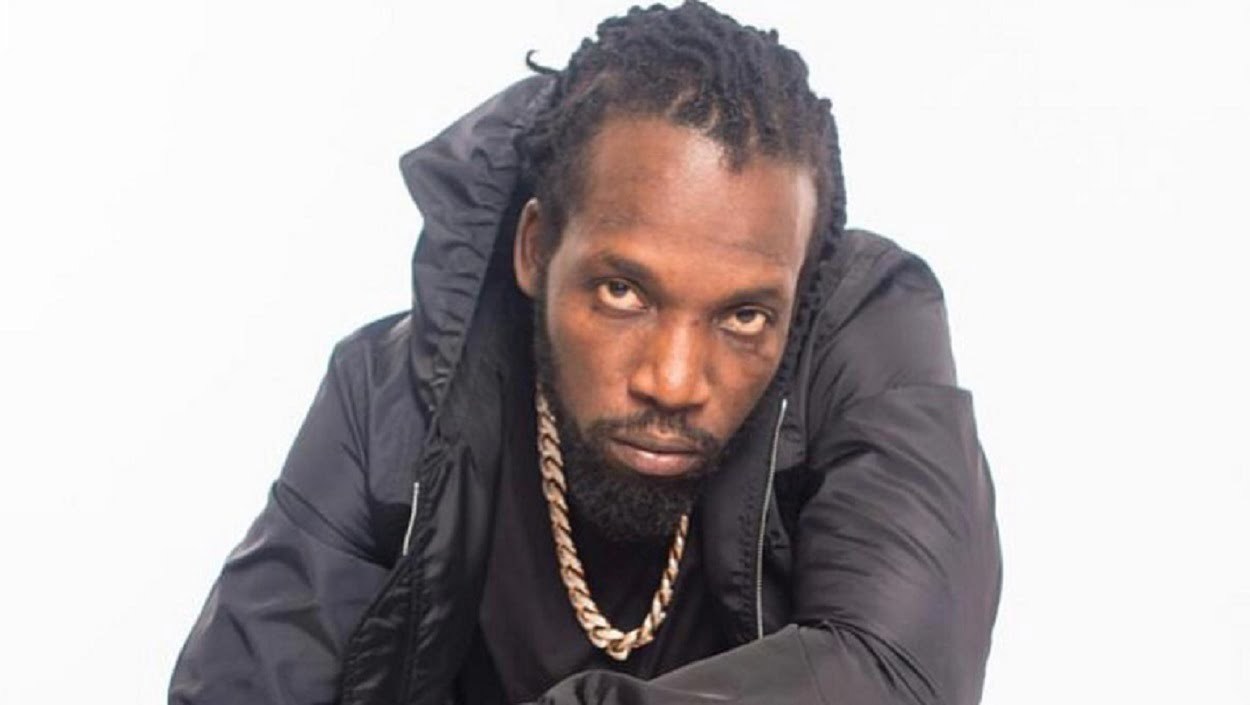 Mavado has teamed up with producer Ricky Blaze for a brand new track from The Hustlers Riddim titled, “Clean.”
The flow feels similar to what we have been hearing from the Gully Gad since the start of the year, with a few exceptions, of course. It’s clear that the fans are not complaining about the smooth, relax, yet confident flow, especially when he sings about just how fun it is to be…
Continue 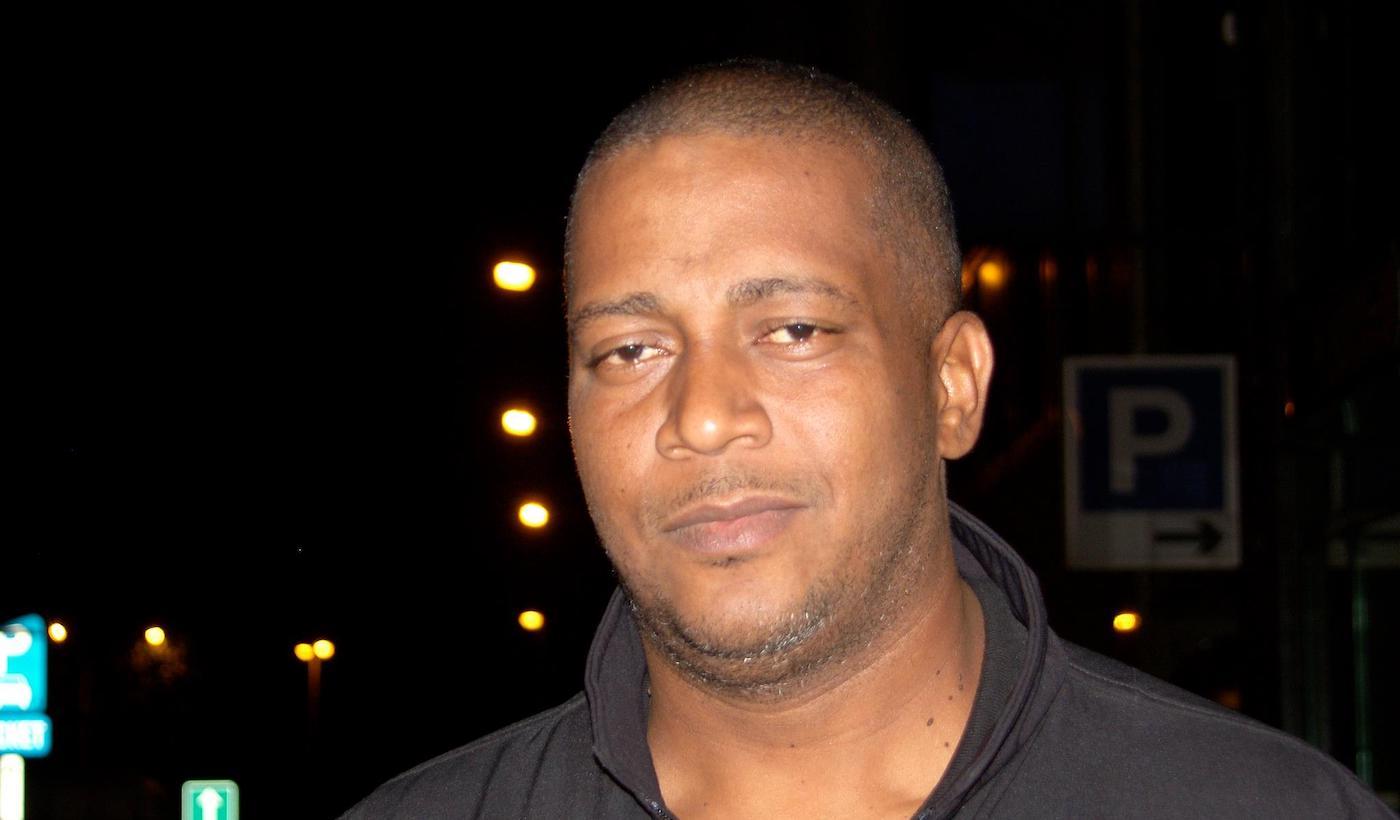 The tragic events surrounding this tumultuous year are showing no clear signs of slowing down, with yet another death of a prominent member of the entertainment fraternity. Longstanding…

Kanye West and Buju Banton are cooking up in the studio.

In the latest update for newsworthy sightings, rapper Kanye West was spotted in the studio with reggae and dancehall star Buju Banton. The pairing sent Twitterverse into a tizzy as fans were anxious to know who flew to who. The duo is yet to collaborate, and this is the first time they’ve been sighted…

The Long Journey of Bob Marley from Start To End – Video 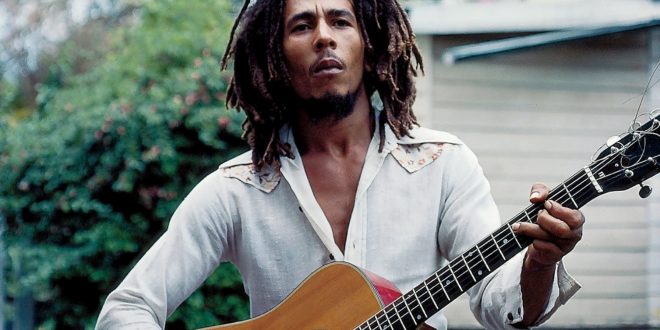 This is the life story of reggae legend Bob Marley.…
Continue 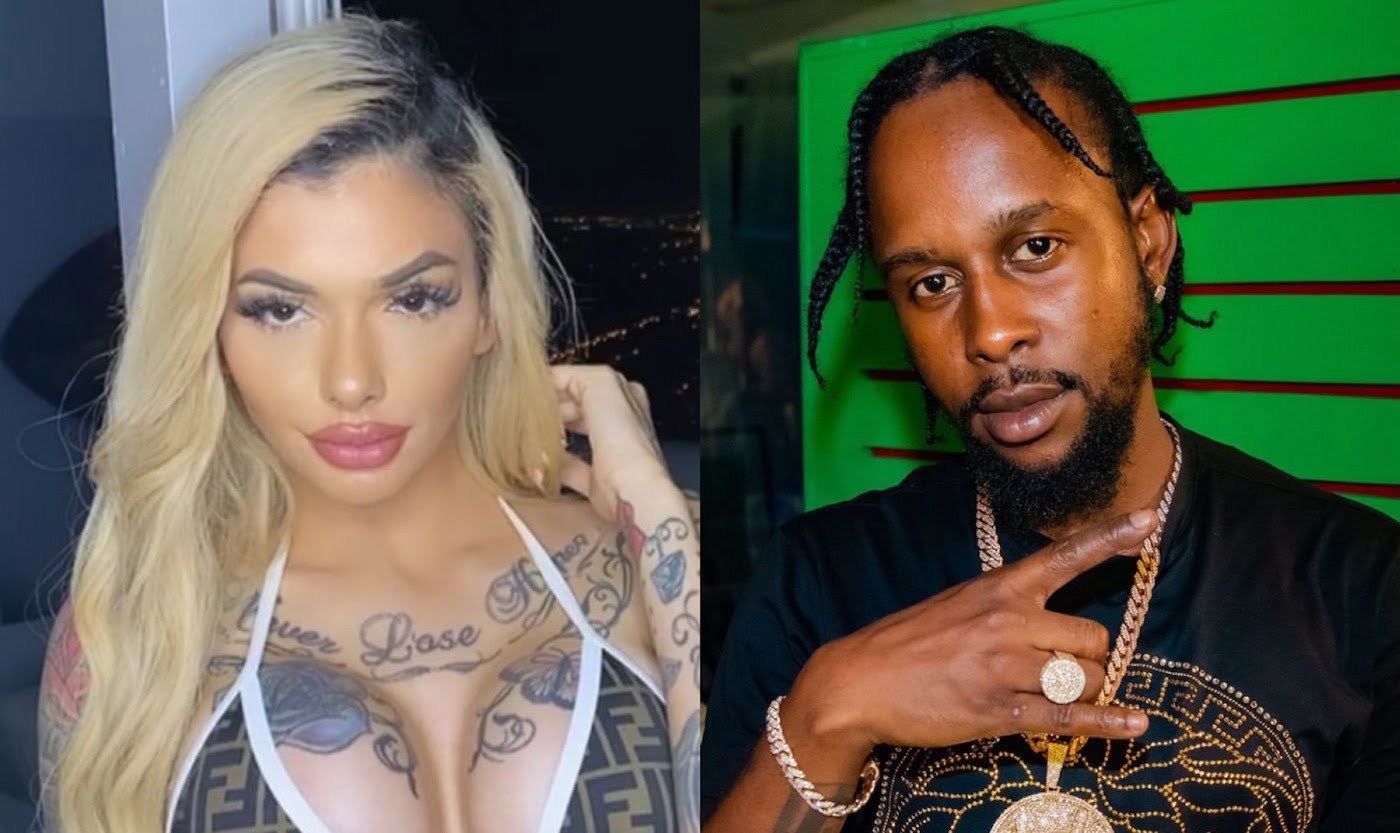 Popcaan exposed groupie Celina Powell’s DMs asking for a train from him and Drake.

Chief Keef’s baby mama Slim Danger was the guest on the Thots Next Door podcast hosted by hip hop groupies Celina Powell and her friend Aliza for the No Jumper Youtube platform. Among other celebrities mentioned, dancehall’s unruly champ Popcaan was also…