Notice Productions C.E.O. Wayne Thompson better known as ‘Unga’ is today a much happier man; this following the recent antics of international multi-award winning Pop/R&B princess Rihanna. Antics! which have resulted in a significant spike in online viewership and renewed interest in one of his productions.

Suzie Q and Spanner Banner Finally Admit that they are together!

Spanner Banner and his manager, Suzie Q, host of the TV show Video Alley, are getting married, revealed Banner on Irie FM Radio earlier this week.
Banner's announcement comes after months of speculation which began in December of last year when Banner was accused by Suzie Q's then husband Mr Absolute of having an affair with his wife. However, both repeatedly denied these allegations even after Suzie Q and Mr Absolute's…
Continue Yesterday Justice Bryan Sykes asked the jury to be absent from court until next Tuesday. Over the next three court dates Sykes will hear arguments from both the prosecution and defense regarding a motion filed by prosecutors to have a… Kartel will get his chance to prove his innocence starting on Monday (July 15).

The Home Circuit Court empanelled a 12 member jury a short while ago. 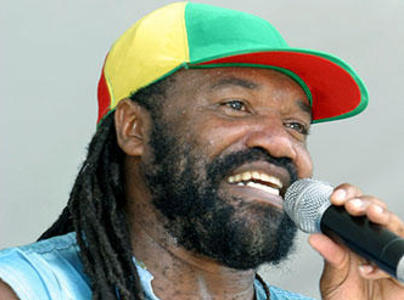 Weeks after being sworn in as a Justice of the Peace, entertainer Tony Rebel has started his duties signing and stamping official documents.

The veteran reggae singer talks with Music News about the training process and his role.

Gospel Minister, Producer and singer Tommy Cowan was also sworn in recently as a JP.

Sizzla Kalonji is perhaps one of the most sampled reggae artists of the current generation.

His single “Solid As A Rock” is a classic in its own right and the number of samples will make it one of the greatest reggae singles of all time. 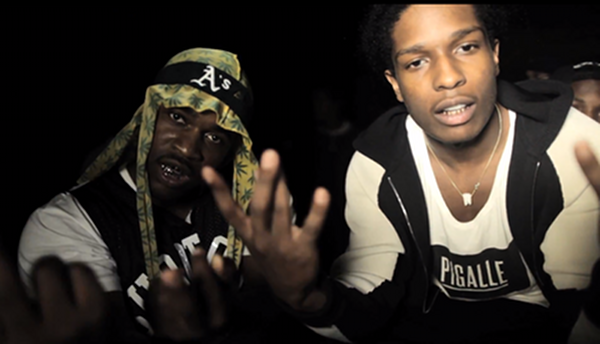 A$AP Ferg and Asap Rocky have collaborated on a single called, "Shabba. In the song the rappers pay homage to legendary Jamaican dancehall artist Shabba Ranks, invoking the name on the hook.

Ferg's gritty vocals fit perfectly over the beat from Snugsworth of Modern Outfit. Rocky takes the second verse and uses it to brag about…
Continue

Assassin Teams up with Kanye West!

Dancehall artiste Assassin has been featured on Kanye West's upcoming Yeezus.
The song called I'm In It, sees Assassin delivering his hard hitting lyrics to the beat of the multi-platinum and multiple time Grammy Award winner.
Assassin explained.
"Kanye's…
Continue

VP Records is proud to announce that Gyptian's hit song "Hold You" has officially reached Goldstatus according to theRecording Industry Association of America (RIAA). The title-track smash off of Gyptian's Billboard Top 200 album is the first song from a Jamaican reggae artist to sell over 500,000 copies in almost a…

Keep Flippa Mafia in your prayers.

The dancehall star, who now calls himself Flippa Moggela, was involved in a deadly car crash this morning along the Spur Tree Main Road in St. Elizabeth.

Sources close to the “Flossing King” deejay told Urban Islandz that the accident occured earlier this morning while Flippa was coming from a party.

“I want to let the fans know that…

Following closely on his historical feat of becoming the first Dancehall/Reggae act to grace the cover of an Arabian magazine, Jamaican superstar Demarco is once again in the international spotlight.

The multi-talented entertainer is featured in a two page spread of ‘PULSE’; one of Africa’s most popular and respected…

Was Vybz Kartel the mastermind behind an underground criminal empire that trafficked weapons?

During a hearing yesterday in the…

Lady Saw Twitter Melt Down. John John Breeds Two Women Close To Her Home, She Is Selling It But John John Wants Half Because Of Common Law Marriage.(See Twitter Exchange)

Internationally-acclaimed Dancehall superstar, Beenie Man will appear on the popular VH1 reality series, Love and Hip Hop: Atlanta as he looks to put the finishing touches on a new single which could feature on the show’s soundtrack.

After recent news broadcasts, that the Minister of Security Mr. Bunting, has been struggling to fight crime, the reggae singer has decided to use reggae as a method to give the seemingly confused minister some advice. 'Nuh Cry Mr Bunting, campaign against crime at people's gates like when you are seeking votes," Queen Ifrica sings.

Vybz Kartel Speaks “I Was Betrayed By Popcaan & Tommy Lee”

Incarcerated dancehall star Vybz kartel has not only denied being beaten behind bars, but he is also sounding off on his former protege Popcaan and Tommy Lee.

Vybz Kartel, who returns to court on May 27, inked a letter to the star addressthe recent rumors of him involving in a fight behind bars.

However, the self proclaim Worl’Boss didn’t…