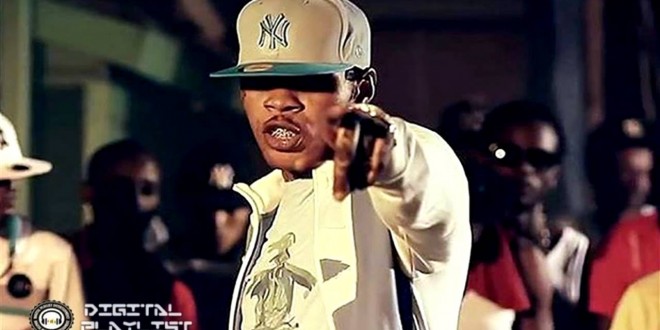 Vybz Kartel is giving back to his community in a big way despite being incarcerated for the past five years.

Kartel, whose real name is Adidja Palmer, is sponsoring a robotics camp in his native Portmore. The move will benefit students from several schools in the community. The camp will teach students the basics of robotic engineering and computer science.

“We have engaged Marvin Hall, who represents Halls of Learning, to host a one-day robotics class to be held in Portmore,” Shona-Lee Thompson, brand manager of Official VK Line, said. “We will be approaching all the high schools in Portmore to have their students attend.”

This is not the only initiative that Vybz Kartel has spearheaded in the community. The dancehall hitmaker and his team recently donated a computer to the Greater Portmore High School as part of his Gaza Literacy Programme. More computers will be handed over to other schools.

The robotics project is being hosted by Marvin Hall, who represents Halls of Learning, a Jamaican based organization that facilitates after school robotic clubs and annual robotic summer camps. The Gaza Literacy Program is a one day training program which will be held at all Schools within the Portmore region, schedule for different dates.

Vybz Kartel is currently serving a life sentence with the possibility of parole after serving 35 years. In 2014 he was convicted of murder involving the death of his former associate Clive “Lizard” Williams. The “Dancehall Hero” deejay is appealing the conviction.