Dancer Dies After Her Neck was Broken During Dance Routine 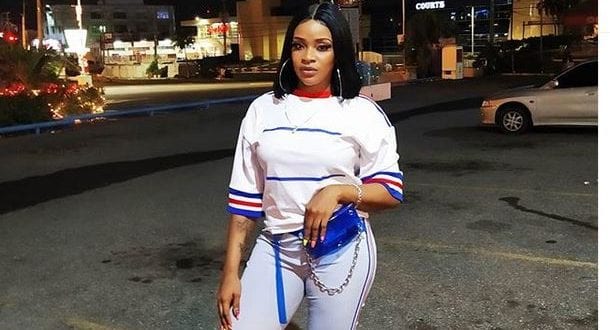 Stacy Xpressionz the dancer who helped to create the stunt that might have caused the death of 27-year-old Roxanne Evans, now says the dancers who did the stunt, didn’t do it properly and she doesn’t regret doing the stunt.

Stacy Xpressionz aka “Goody Plum” said the stunt is called “Chuk Through” she would go on her head top and spread her legs and her dance partner Shelly Xpressionz would dive through her legs, land and roll on the ground before the opening her legs and end with a split.

The stunt was the secret weapon for both Stacy and Shelly Xpressionz and she doesn’t think it is dangerous when dancers know what to do.

However, she says when persons don’t know the techniques and try to do the stunt it can go wrong. She remembers looking at a video of Roxanne and the other dancer doing a similar stunt to the one she invented, but she thinks it looked different from hers.

Stacy says there is a technique to the stunt and the dancer who did a similar stunt did not do it right hence it went wrong and caused the death of Roxanne. There needs to be a run up and if that isn’t properly done, the whole stunt won’t work states Stacy. 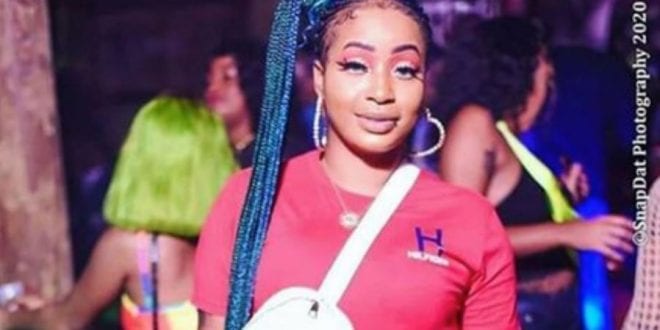 Roxanne ‘Bumpa’ Evans’ mother, Olive Clennon who lost her daughter when the dancer died after she suffered injuries during a routine last Wednesday morning. Has said the other performer Momo who landed on Roxanne in the ill-fated stunt, apologized when she visited her.

“(She) tell mi seh she sorry an that she neva mean fi jump pon Roxanne, an that she intend fi jump ova har but she fell pon har,” she said. “Mi listen wha she sey but a still don’t known what to do, because Roxanne done dead already, and seet deh now, she dead lef har two pickney dem.”

“But she neva listen to mi, and seet deh now, a dancing kill har,” said Clennon. “She love fi dance, a pure dance she dance. When she a cook and even wen she a wash, she a dance.” Clennon said she had told her daughter to stop dancing and find something else to do.

Residents in Rose Heights, St James, where the dancer lived, are still trying to come to terms with the death of the 27-year-old, who was loved by those who knew her.

Early Wednesday morning, someone called with the news of the accident, she recalled. Roxanne was rushed to Lucea Hospital, but she was unable to speak, she only shook her head and the doctor explained that her neck was broken in three places.

Clennon pleaded with other dancers who were doing dangerous moves not to do them anymore.
She tried in every way to save her daughter’s life after the accident happened. She explained how the doctors had suggested that iron could be used in her neck and she even paid, and her daughter was rushed to the Falmouth Hospital.

The mother didn’t expect to hear that her daughter died, but the shocking news was delivered by a doctor the next morning.

“It don’t mek sense fi know seh a simple dance can cause yuh life, and dem need fi stop the head top and flick over dance wha dem a do,” she said.

There are persons who are saying it wasn’t an accident, but the dancers were friends for a long time and there was no need for Momo to intentionally hurt Roxanne.

unfortunately she didn't have enough brains to know this was dangerous and now she's in a permanent sleep.