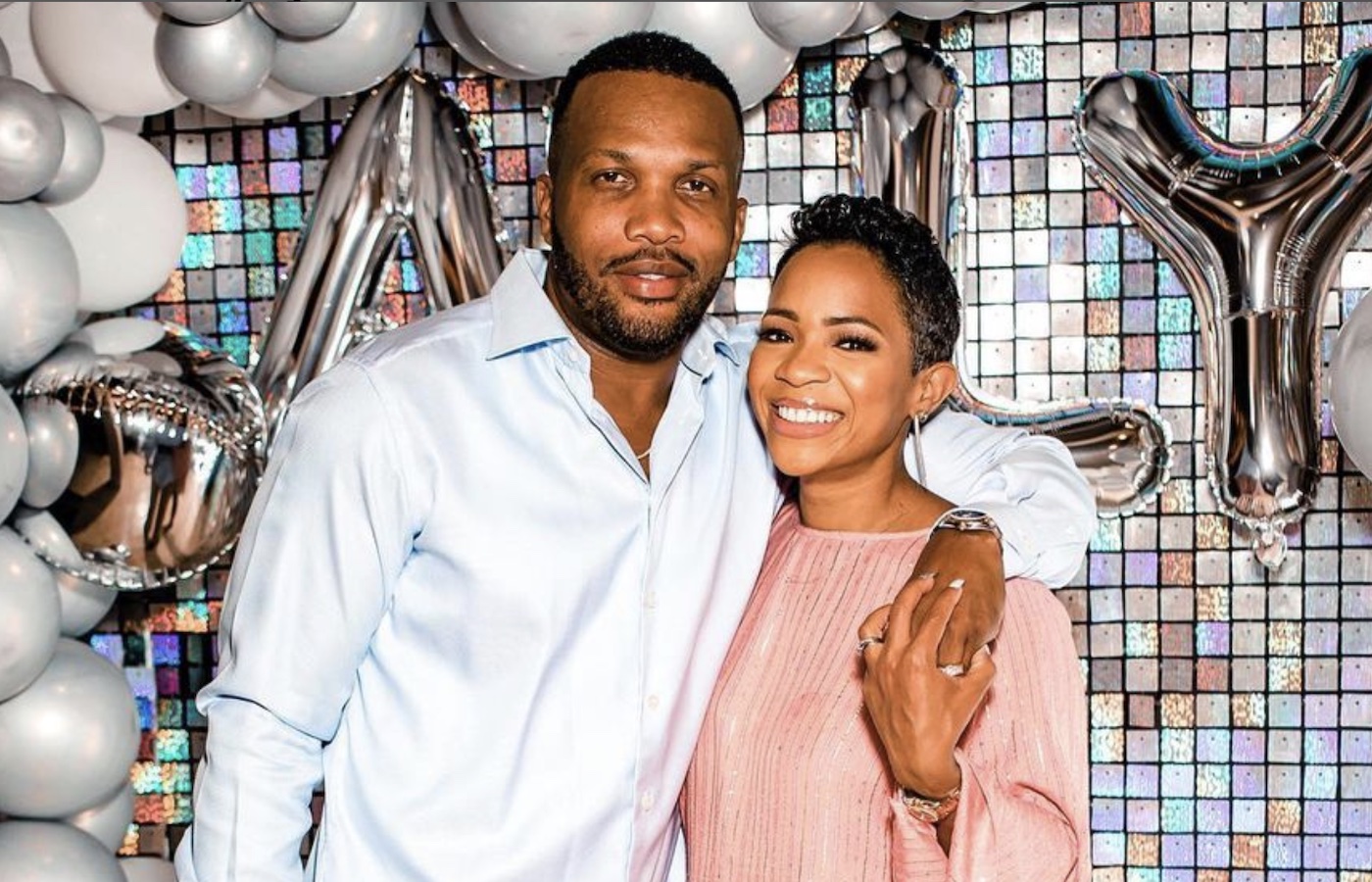 Nicole McLaren Campbell, the wife of dancehall artist Agent Sasco says that he is to be credited for her recent quick reaction when suspected gunmen attacked her while driving back to Kingston over the weekend.

Days ago, she shared a scary encounter while driving as men on motorcycles, possibly armed and seeking to rob her or worse, attempted to get her to stop her car while they blocked her on several sides.

“On my drive back into Kingston Sunday 8:45am 4 men on 3 bikes tried to block me into stopping on the road. 2 bikes in front of me and one on my driver’s side – and the other side was bush,” she wrote on Twitter on February 7 as she recalled the encounter which could have gone very badly had it not been for her quick reaction.

“The blood of Jesus alone and just knowing I had to find a way out and fast led me to keep moving despite the man screaming at me through the window trying to get me to stop. Sped up he fell behind I was now right under the first two and I just swing out and floored the car,” She said before adding in disbelief, “I can’t imagine I just I can’t.”

The educator shared her experience to warn other women who might be attacked by criminals.

She later said on Wednesday, February 9, 2022, that she had received many questions about her quick decision to move despite being in shock and credited her husband for her agility in saving herself. 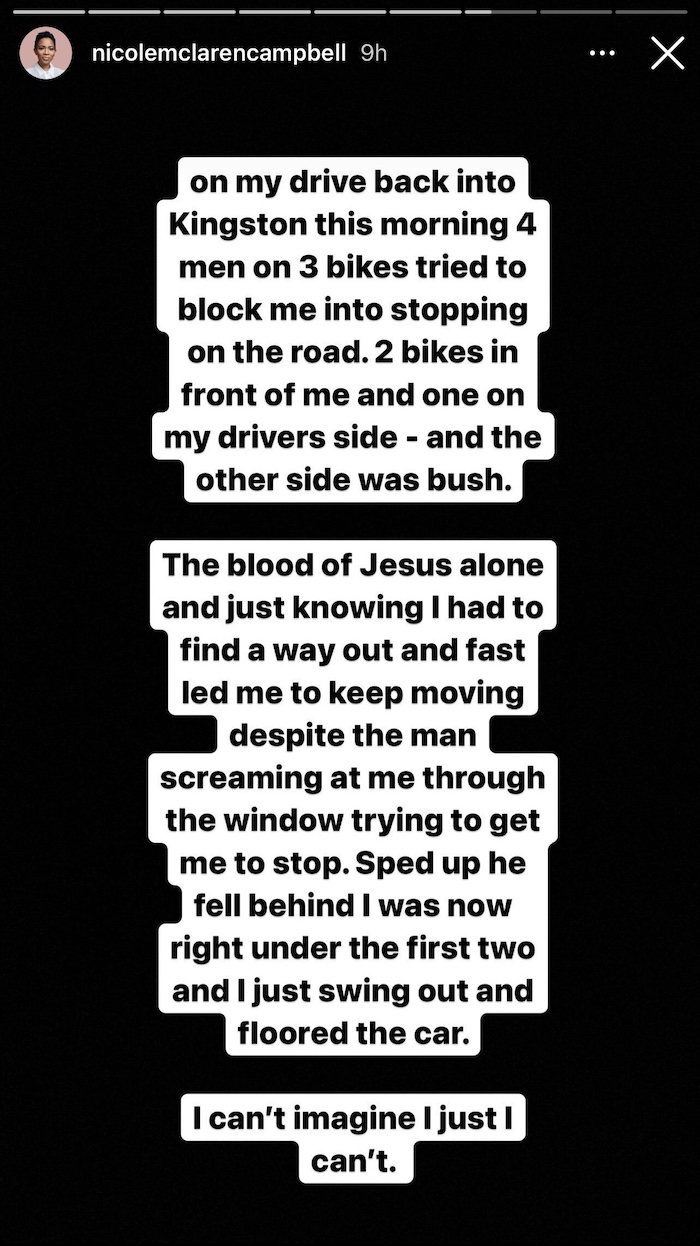 “Everyone is asking how I reacted so quickly,” she began on Instagram. “It’s because of @agentsasco who is constantly drilling me on security and what to do in all manner of scenarios … and I have to tell you I thought he was being extra with the info sometimes but I listened same way,” she said.

Campbell and Sasco share two children and have been married since 2011.

According to her, all she thought about was escaping once the men approached her car.

“The minute I saw that man ride up to my window and shouting and gesturing for me to stop … with the two bikes at front …I didn’t even think … I PRESS GAS,” she said.

She added, “All I knew I had to get the hell away and fast. That was the ONLY thing on my mind. Ladies (and gentlemen) is so important for us to walk ourselves through various scenarios and pre-prepare the response. Please don’t think it can’t happen to you … unfortunately in these times it definitely can. Yea The blood of Jesus my Bible don’t leave my car periodt,” she warned her Instagram followers.