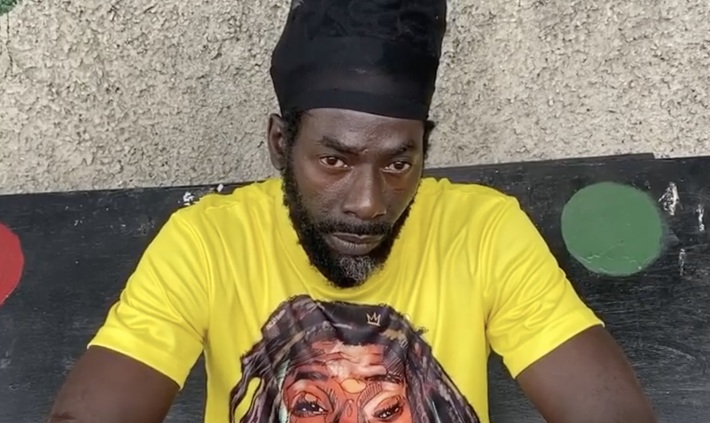 Buju Banton sounds off on the COVID-19 situation in Jamaica while calling for an end to mask wearing.

Buju Banton has alluded to his mistrust of persons/organizations in power throughout many of his songs over the course of his career. However, it seems those feeling have become so strong that they need to be shared directly with his people without any sort of fluff. The Gargamel hopped onto his Instagram account to share a series of videos questioning governments around the world along with The World Health Organization [WHO], about the validity of the coronavirus. On that basis, he rubbishes the call from those said organizations to wear a mask, along with other measures implemented since March to stem the spread of COVID-19.

“We wah done with this mask wearing bulls**t inna Jamaica and who fi dead ago dead and who Nah go dead ago just live,” Buju Banton boldly states.

World O Meter’s data reveals that Jamaica has since recorded over 8000 cases, with just over 4000 being placed among the recovered and 174 deaths. Meanwhile, 40.9 Million persons have contracted the virus worldwide, with 30.6 Million of that total having recovered. Sadly, the data also shows that over 1.1 Million persons have died as a result of complications brought on by the virus. While the death toll is truly staggering, there have been queries from persons questioning if victims died “from’ or ‘died with’ COVID-19.”

“We tired of you intellectual fools trying to tell us how to live our lives, if you are so smart why haven’t you found the cure for cancer,” Buju questions. He proceeded to attack the government of Jamaica for instilling fear among members of the population while not tackling the economic and social challenges that we already present, and have escalated as a result of the clampdown.

“What have you done for all those you have laid off and forced their business to close early? Jamaican people need to wake up and me done wid the f__kry!” Buju Banton said as he blasted the government.

“Me nah wear no mask cause mask no make fi man. So hear this a from September/January uno de bout and a f__k wid the people dem. Free my people!! NOW!!!” He chanted in the video uploaded recently.

The “Blessed” deejay uploaded another video expounding on just how the powers that be control the thought process of the masses. He used the rise and fall of some of the biggest names in entertainment such as Michael Jackson and Bill Cosby, to highlight such. “Don’t you see that they’ve been lying to us for all these times so why should we believe them now,” he questioned.

While taking another jab at the ability of the virus to be transmitted through human contact, along with its seemingly selective nature, the reggae singer called for Jamaicans to “wake up.” With the Hon. Andrew Holness being re-elected for a second term in Jamaica’s recently concluded national election, Buju decided to touch on the pivotal point of many persons being easily led, when he spoke on votes being procured for shortsighted monetary gain. “From uno sell uno vote uno no have no sense,” the “Destiny” singer preached while alluding to greater perils if a change of mindset is not administered.

“My love for you supersede all that this world has to offer. I will not join the other entertainers and try to trick you, I will not lead you on a path of destruction I have always been sincere and true to you my people,” the recently freed entertainer said about his reasons for going against what he sees as “destructive” forces. “A lot of people are benefitting by touting and pushing my people to a path that is totally destructive, here in Jamaica, there in America. I don’t care. My life is not mine, it has never been. So while I’m here with you stand up,” he requested once more.

Buju Banton picked up major support from many of his fans however, not everyone was sold on the idea of not wearing a mask.

“I’m a huge fan of yours but this is nonsense COVID-19 is real. So many people have contracted it, are we frustrated that some aren’t working yes, frustrated being home yes. But we all have to do our part and wearing a mask has proven to help,” said one fan.

One person seemingly hinted at Buju Banton being overly concerned with wealth and not health, while insinuating that those ideologies could come off as a form of colorism. “Sorry Buju but this is a NO go because it is appearing that you have a problem with the economic impact of this pandemic instead of the Heath aspect of it killing our people hence, aligning you with the folks that don’t love brown people?? Tighten up sir. You same way though,” came one comment.

What if your stance on Buju’s recent address to his people?