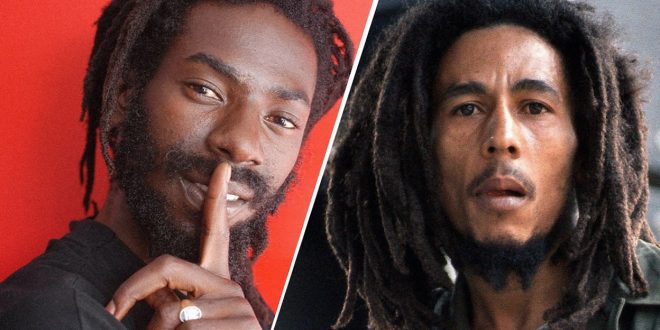 In a recent interview with essence, Reggae superstar Buju Banton released some very intriguing information on a very special time in his life when he met Bob Marley.

According to the Gargamel, this happened right around the age of 7 while helping his mother at Barbican square, where she used to sell fruits and other things.

The reggae veteran said, usually, his mother would usually place him at the roundabout to sell oranges for her but one particular day she told young Buju to accompany her at the stall.

Banton said it was on that day that he saw a blue car pulled up at the stall with some Rastas after which one of them asked for a pack of Craven-A cigarettes that is very popular in Jamaica.

His mother then gave him the cigarettes, after which he ran across the road and placed it in the hands of one of the men.

Buju said by the time his back was turned there were a lot of people crowding the car and then they left. It was at that moment his mother told him that it was Bob Marley he saw.

The Legendary reggae singer is known all over the world for his affiliation with the marijuana plant so this story by the Gargamel is going to be a shocker for many as no one expects Bob Marley to have smoked cigarettes.

It is unclear however if Bob was buying the cigarettes for himself or someone else.