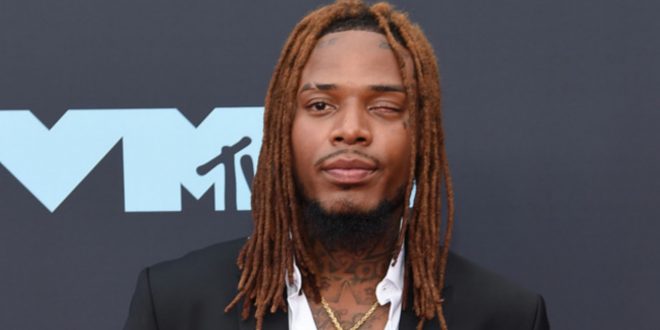 American rapper, Fetty Wap is mourning the death of a man, who he posted on his Instagram and said was his twin brother.

In the post, Fetty did not make it clear what went on that led to the man’s death. The “Trap Queen” artiste only expressed that he felt that he failed his brother.

In the post, the rapper said that he tried calling the man he says is his twin 3 times but the phone went to voicemail. In the same post, Fetty said that he loved his brother and was sorry that he could not get him out. 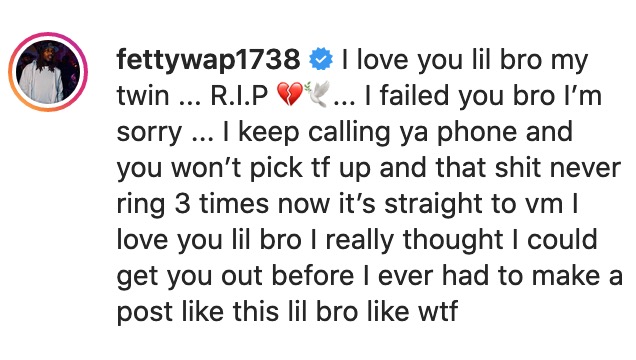 It seems as if the New Jersey native felt the loss as he even stated his sadness to have to post about the loss.

The circumstances relating to the man’s death is unclear. It is also not sure if Fetty Wap and the deceased man are blood-related families or just a very close friend who the rapper gives that level of respect to.

See see the picture he also posted below.