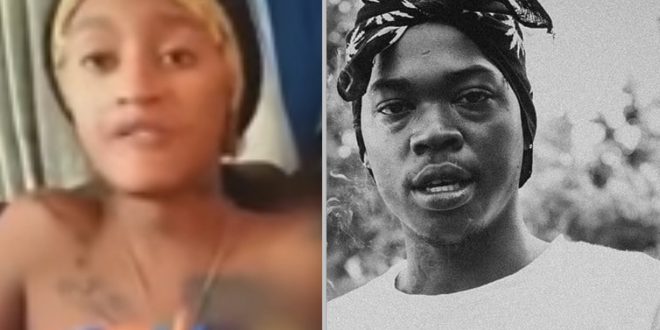 The hot topic this week in dancehall is that young dancehall artiste Skillibeng fathered a child that is not his which was proven via a DNA test. As a result of this news, persons have been bashing the female called “Leshii” online hence she now comes forward to explain her side of the story and what the situation was like between the two.

“Him know seh mi did a work a club… ” according to the young lady Skillibeng knew that she had a shugar daddy plus she had her personal man plus she did “a duh road”.

“Him neva get nuh jacket a him tek di jacket” she states before explaining that she is yet to get the DNA test. She also stated that Skilli took the baby one day, telling her that he was taking the baby for a day but went and take a DNA test behind her back.

The young lady stated at one point in the video that the St. Thomas artiste gave her $90k at one point to take care of the baby but stopped shortly after.

Skillibeng is yet to address thet matter, however, it would be interesting to hear what the “crocodile teeth” artiste has to say about the situation.

“Suh all a who a run dung youth gwaan wul a jacket” Intence earlier stated in one of his songs and fans are now connecting that earlier line to Skilli’s current situation.

Watch the entire video below.