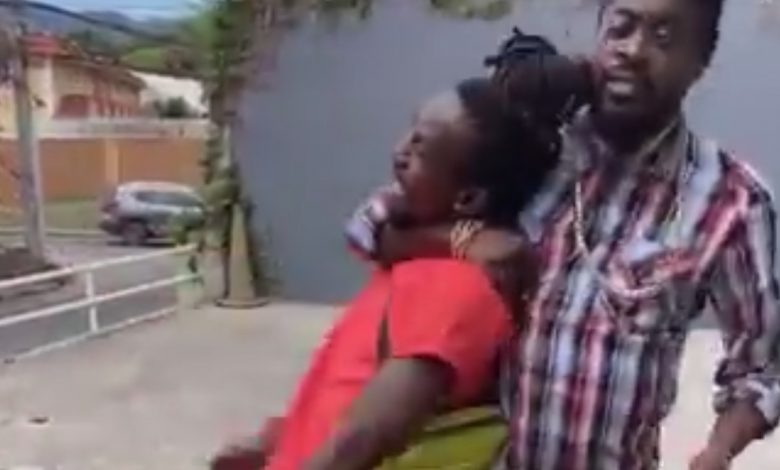 Fellow dancehall artiste Harry Toddler was on the scene and commented that both Beenie and Cure are two “legends”, something many fans agreed with.

About the past feud, Months ago Beenie Man sat down with Jamaican youtuber Teach Dem and detailed that himself and Jah Cure did not see eye to eye for years because of the connection that Cure had with Capleton who Beenie Man was feuding with at the time.

Beenie Man also detailed an incident that took place in New York with himself and Jah Cure who was known to always be fiery when it comes to standing his ground and defending his crew.

Now the two have put their past behind them and stepping into the future with love as we can see in the video posted.

Watch the artistes in the video below.