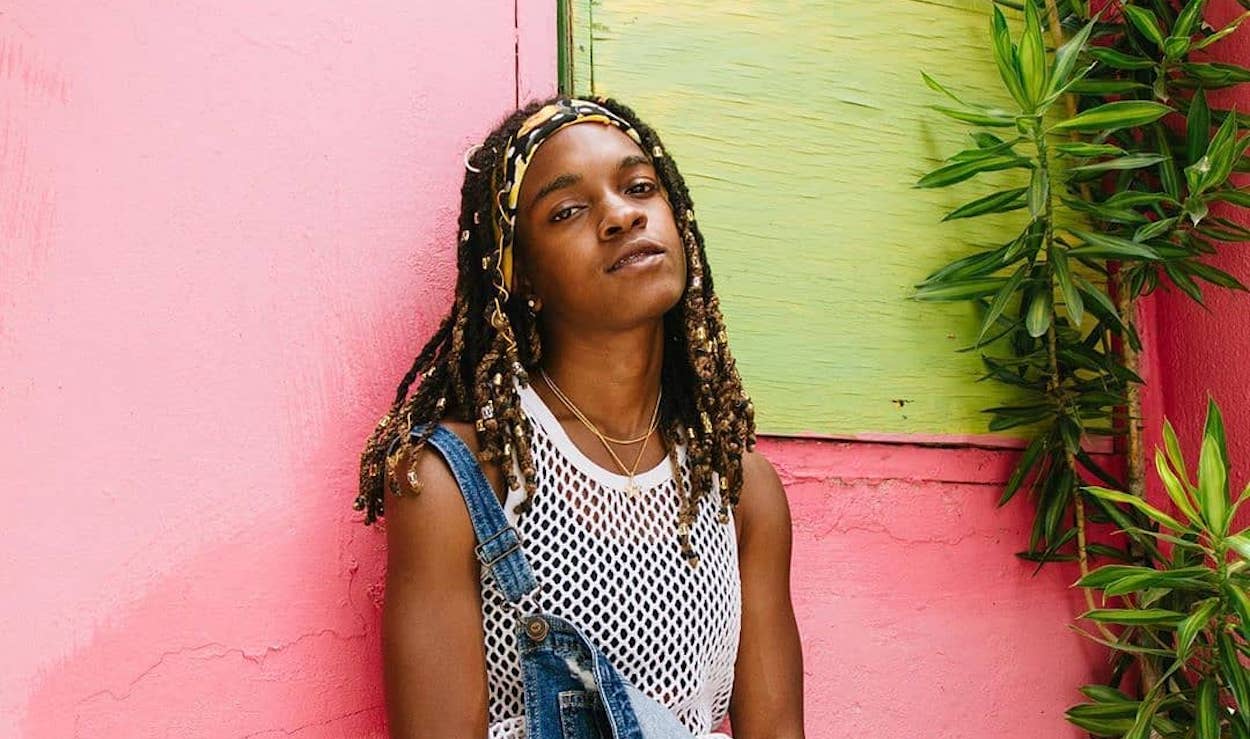 Koffee’s new song “Lockdown” is currently still on top of the YouTube trending chart in Jamaica as the conversation online weighs in on her sexuality.

Fans are back to trying to figure out if Koffee is for the birds or the bees (or both?) after her latest music video was released on Friday. In the new visuals, Koffee and Unruly producer, Dane Ray spend what appears to be their first day back from quarantine in the company of two lovely women, taking them on a trip cross country to the beach in a droptop Range Rover.

The absence of a male interest was enough for some fans to see the video as validation that the artist is a member of the LGBTQ community, but some still weren’t convinced (or in denial). One fan on Twitter wrote, “Ah me alone confuse as to whether Koffee gay or straight?” Some fans found comedy in such bewilderment as they believe it shouldn’t even be a question anymore at this point. “People still a wonder if Koffee gay? chile…” one fan wrote with the rolling on the floor laughing emoji.

Though the Jamaican Grammy winner refrained from using pronouns in the new banger, some fans found it suggestive and deduced that her lyrics and the storyline in the visuals supported the idea of a female character being Koffee’s love interest.

One fan expressed that they loved the offerings in the video alluding to the female extras adding, “Koffee is the realest yute in the industry.” Some fans were even fond of the idea, with one even pining for the chance to marry Koffee if she is gay. Not to mention the supporters who want so badly to have an artist in the Jamaican industry that represents their community. “Now that koffee is putting on for JA is it safe for me to be full on gay there or nah,” another fan asked.

“Swing and me nuh miss like Pacquiao / Wa you fiending for? Hot Koffee yow,” Koffee sings in the second verse of her new song “Lockdown.” / Watch ya now, watch ya now / All yuh want talk bout a matrimony / Any ting yuh want Koffee got di money / Me give yuh me heart beg yuh take it from me.”

Though it’s all circumstantial evidence, there is no denying the innuendos. Even so, should it even matter who she is asking how they like their ‘koffee’? One fan highlighted that not quite confirming or denying any speculation about her sexual orientation only serves to keep the interest in Koffee alive. “Idk why people are so concerned with Koffee’s sexuality,” they wrote. “If she’s gay so what? You gonna stop supporting her ting? Some people like a bit of mystery in their lives and I hope she doesn’t disclose it until she gets married.”

Now wouldn’t that be interesting if a headline about the “Toast” singer’s wedding announcement was what finally revealed if it’s a bride or a groom?