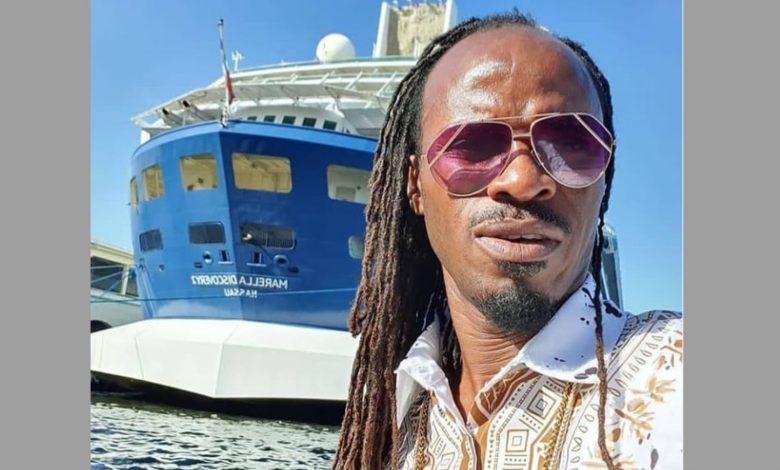 Former entertainer now alleged Maroon leader, L.A. Lewis has declared himself as the big man in Jamaica, by showing a ship he claims he purchased.

The seven-star general recently posted a photo of the sea vessel in an Instagram photo, that showed a blue and white ship and in the caption, the “Nyan Ka Pong” maroon leader stated that he is the owner and he purchased it for 2.5 billion dollars.

If this is true that La Lewis owns the ship, that would be an extraordinary feat and the former artiste would be standing amongst the likes of Marcus Garvey, who had bought the black starliner in his time.

In the comments of the post, followers of the seven-star general got a laugh with some of them even stating that Lewis truly needs to get psychiatric help, as was recommended recently by a judge presiding over his legal case, due to the statements made by him in court.

La Lewis recently, appeared on Onstage, however, and in an amazing turn of events showed people that he knew the law, while making claims to unbounded riches and maroon heritage.

Lewis says he has 3 Mercedes Benz and other vehicles, he has many lawyers and he is a genius so he couldn’t be crazy. Lewis outlines that he is not about to take the evaluation that was ordered by the judge.

No one knows if the former deejay is serious or not, but time will tell.