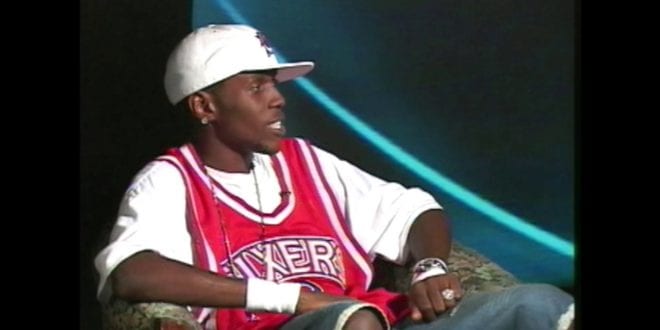 Vybz Kartel started his journey in the music business as a teenager with “Love Fat Woman” in 1993, at the time he used the moniker “Adi Banton” as he wanted to have a name close to Buju Banton’s name because he was popular at that time.

Vybz Kartel or The Worl Boss whose given name is Adidja Azim Palmer was born on January 7, 1976. Kartel is now a top Jamaican dancehall Reggae recording artist, record producer, entrepreneur, and he has been recognized as one of the most prolific and skilled lyricists credited with further popularizing dancehall genre.

Kartel has been popular throughout the Caribbean and his singles have caused his fame to rise, they include “Romping Shop” released in 2009, “Dancehall Hero” in 2010 and “Summertime” released in 2011.

He has collaborated with many of internationally famous hip hop and R&B artists in the past, he did music with Rihanna, Major Lazer and Jay Z, he has also collaborated with Spice and he was credited for being an inspiration for the dancehall-infused work of some of the very famous artists, such as Drake, who has mentioned Kartel as one of his “biggest inspirations” in the past. 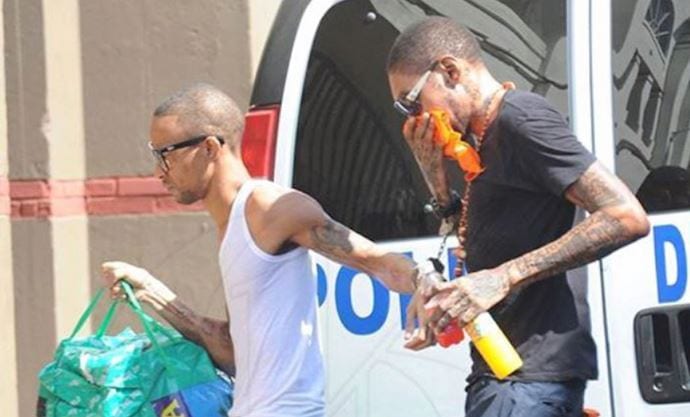 His fans were very disappointed when he was sentenced to life in prison for the murder of one of his associate’s Clive “Lizard” Williams. He might be eligible for parole after he has served a minimum of 35 years behind bars. Even though he has been incarcerated, Kartel releases new music constantly, he released over 50 new songs in 2016.

Vybz Kartel became famous in 2003 after he delivered a string of hits in Jamaica there was a pre-planned clash(on stage clash) at the annual dancehall stage show ‘Sting’ with Ninjaman in his hometown, Portmore.

The clash became violent and Ninjaman was assaulted, but Kartel apologized to Ninjaman and the organizers of the event for the violent scene. Both artistes eventually announced the end of all hostilities four days later at a press conference. 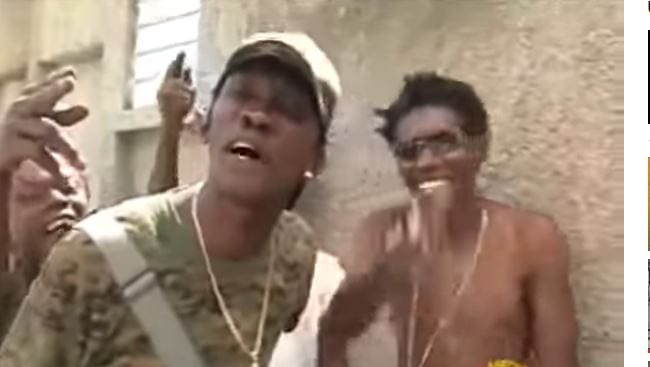 He left the Bounty Killa led Alliance in 2006 and joined the Portmore Empire from his neighborhood and signed dancehall DJ’s and singers to his label.

The hard-working talented entertainer released many albums with Greensleeves Records the UK based label and also established his own label Adidjahiem/Notnice Records with Aisley ‘Notnice’ Morris, his producer, and business partner.

In 2008 an American businessman, Corey Todd signed an endorsement deal with Vybz Kartel for Vybz Rum. The relationship between both men became a business partnership, they launched Street Vybz Rum and Daggerin Condom.

Todd bought Asylum which was Jamaica’s most popular Night Club their weekly event “Street Vybz Thursday was a weekly event at the club.
However, a disagreement between them in 2011 ended the arrangement until they settled their differences in 2012. 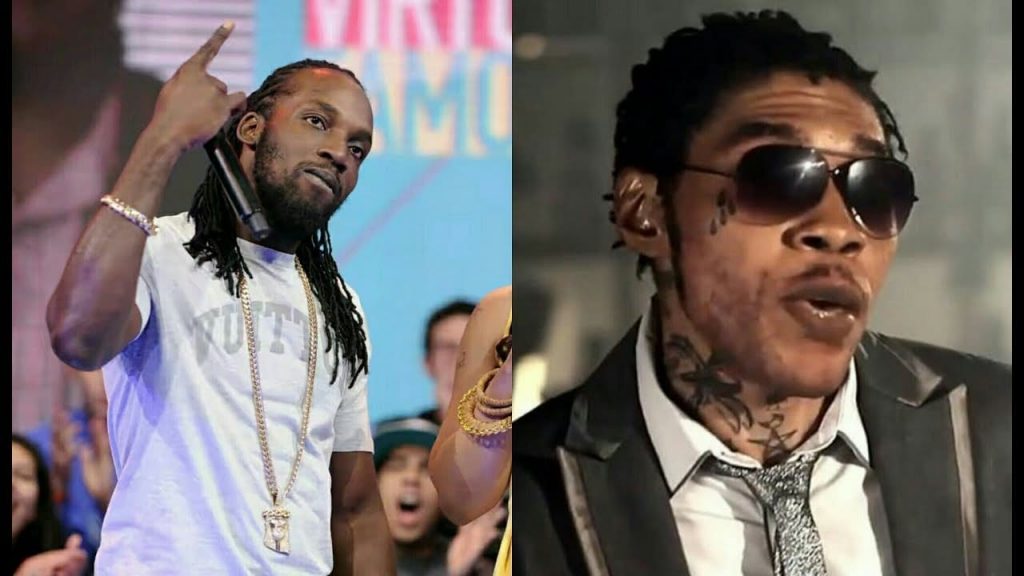 The Mavado Feud
Kartel’s departure from the Alliance close to the end of 2006 caused a feud to start brewing between him and Mavado even though they had done collaborations before.

Both artistes dissed each other in numerous tracks that were released and they had fans who were violent towards the supporters of opposite sides, as there was the Gully and Gaza divide, until there was a police-overseen press conference when both Kartel and Mavado publicly ended the ongoing war of words and apologized to the public.

After a while, the two artistes started releasing diss tracks again and in 2008 at Sting, they engaged in a lyrical clash that left fans with mixed views about which one of them was the winner.

Gaza (Kartel) and Gully (Mavado) caused the great divide and tensions flared again in 2009 and it dominated Jamaican media and culture and caused the Jamaican youth to be violent towards each other in the streets.

The public feud between the two caused them to be called to a meeting in which the Jamaican Prime Minister Bruce Golding attempted to end the feud, as it was fueling attacks in some inner-city communities in Kingston.

David Thompson the Barbadian Prime Minister canceled a unity concert in March 2010 when both of them were scheduled to perform.

The area don Christopher “Dudus” Coke organized a concert, West Kingston Jamboree and they performed on stage together as a sign of goodwill, after their truce in December 2009. 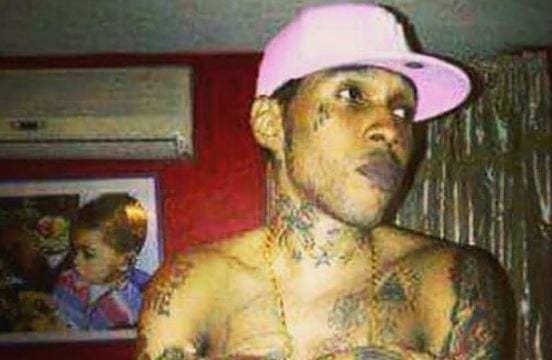 Skin Bleaching
Vybz Kartel’s complexion changed over the years and this caused controversy as fans were told that he used ‘cake soap’ to wash his face.

When the manufacturers of the Soap refuted his claims, he said he planned to make more of his own soap that he was using at the time and he would be releasing them so they could be sold both locally and overseas.

Banned
The Guyanese National Communications Network banned Kartel from the airwaves because his music contained obscene lyrics and brought nothing positive to the entertainment industry, this took place in September 2011. They also decided to review other songs that were done by other artistes and planned to ban them also if they were like Kartel’s.

Kartel was arrested by police on 29 September 2011, for marijuana possession. Jamaica’s Major Investigation Taskforce (MIT) later charged Vybz Kartel with the murder of a Jamaican businessman, Barrington Burton, conspiracy and illegal possession of a firearm.

In 2012, his book The Voice Of The Jamaican Ghetto: Incarcerated but not Silenced, co-written with business associate Michael Dawson, was published while he was still incarcerated.

Though Kartel was granted bail on March 2012 for the Burton murder he remained in jail because of his connection with a second murder, of one Clive ‘Lizard’ Williams, of Waterford, St Catherine. Vanessa “Gaza Slim” Saddler, was charged with perverting the course of justice after she allegedly claimed that Williams robbed her when she wanted to mislead the police, she wanted them to believe that he was still alive, she was charged along with Kartel. 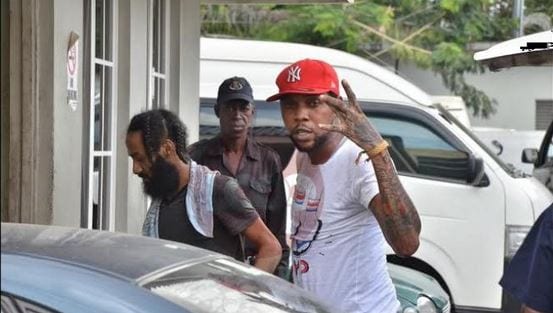 The trial was originally scheduled for January 21st, 2013, but it was postponed due to a lack of jurors, and it was rescheduled for July 11th for the same year.

A jury found Kartel not guilty of the charge of murder of Barrington Burton on July 24th but he remained in prison because of the second murder case. His trial for Clive Williams murder started on November 18th, 2013 and on March 13th, 2014, he was found guilty by the jurors of the murder of Clive “Lizard” Williams.

The 65-day trial was allegedly the longest trial in the history of Jamaica.

After his conviction, he was sentenced to life imprisonment and would be eligible for parole after serving 35 years by Justice Lennox Campbell. There was an appeal exactly 6 years after on April 3rd, 2020 and the conviction was upheld by a three-member panel of Judges.

Vybz kartel recntly attacked Jamaica’s justice sytem via a IG post which stated “Vybz Kartel then went on to attack Jamaica’s justice system, he stated ” so criminal that the CIA consistently ranks it so HIGH in the corruption index, it’s a wonder we haven’t floated to the clouds. #Gazanation, ya hear mi? 12000+ Jcans have been murdered since September 30, 2011 but dem a worry bout Kartel. Fu**kin dunce oonu impressionable little brainwashed slaves. Dem only can brainwash butu and dunce like oonu so gwaan buy into the illusion #GAZANATION.”

With regards to Kartel’s Appeal, his lead attorney Tavares-Finson insisted that the verdict was not the worst possible outcome, and said. “The judges could’ve given us an order for a retrial which would mean another four or five years in the court system in Jamaica.”

Tavares-Finson said, “What we did not want was a retrial. It was either this verdict or an acquittal and we have gotten one of the two and we accept it, it could be worse”.

He felt confident that he and the other lawyers will get a hearing in the Privy Council and they will get it in short order.

The Director of Public Prosecutions (DPP) Paula Llewelyn, said the time it took to arrive at a verdict was based on the complexity of the case and “a lot of voluminous material”. While she was being interviewed. 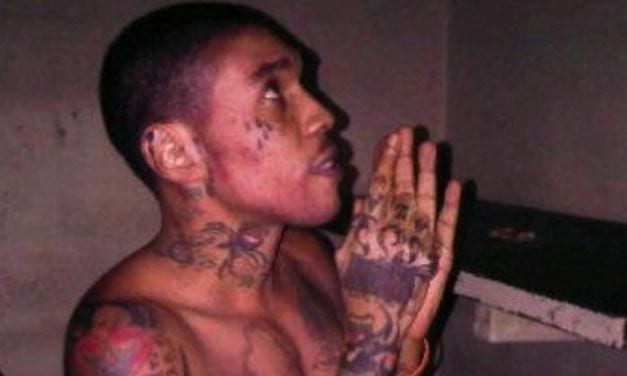 Vybz Kartel has been ever so present on social media via IG, the “worl’boss” also has a habit of releasing new songs on his VEVO every week, so much that one would think that he is not behind bars.

Vybz kartel has also managed to re-unite with Bounty Killer on social media however he has gained some new enemies via the social media platform after insulting several persons in the comments and posting controversial posts.