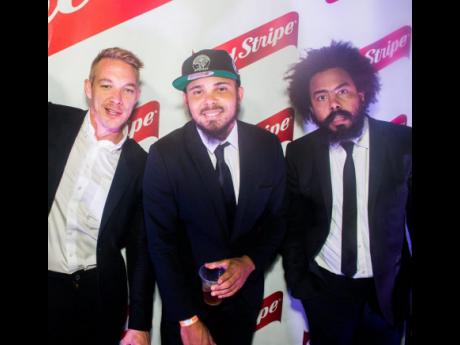 Major Lazer and Busy Signal have done it again, this time with their combination hit 'Jump.' The song, which was released last year on Major Lazer's 6-track EP, is featured in a hot new Bacardi TV ad which is in rotation in the USA on NBC TV and other mainstream platforms.

The ad, which was shot in Miami, Florida coveys the message that It doesn't matter if it's your living room, a barbershop, a beach or even a laundromat, you can still groove to the beat.

This is not the first time that dancehall heart throb Busy Signal has teamed with Major Lazer for a successful TV ad. Five years ago, their EDM hit 'Watch Out For This' (Bumaye) featuring Flexion was selected as the soundtrack for Pepsi's Lionel Messi ad. The song appeared on Major Lazer's second album 'Free the Universe' and was a massive hit single in several European countries.