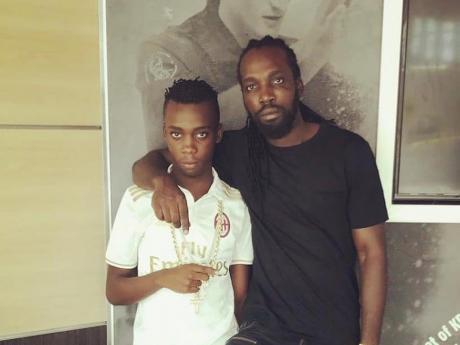 Dante Brooks, the 18-year-old son of dancehall artiste Mavado, has been sentenced to life in prison for the 2018 murder of Lorenzo Thomas.

He must serve 22 years before he may become eligible for parole.

He has also been sentenced to 15 years for arson and 20 years for illegal possession of a firearm.

The sentences will run at the same time.

Brooks' co-accused, Andre Hines, 26, has also been given a life sentence for the murder and must serve 17 years before parole.

He was also given 15 years each for arson and illegal possession of a firearm.

In January, Brooks and Hinds, were found guilty of murder, illegal possession of firearm, and arson in .

The two were arrested and charged in connection with the home-invasion killing of Lorenzo Thomas in the St Andrew community of Cassava Piece on June 5, 2018.

Prosecutors led evidence that Brooks and Hinds were among five men who entered the house and shot Thomas before pushing his father into another room.

Thomas’ killers attempted to sever his head but aborted that plan because the machete was too dull.

They then poured gasoline on the house and the body before setting both on fire.

Prosecutors relied on the eyewitness testimony of Thomas’ father, who indicated that he knew his son’s killers from the community.