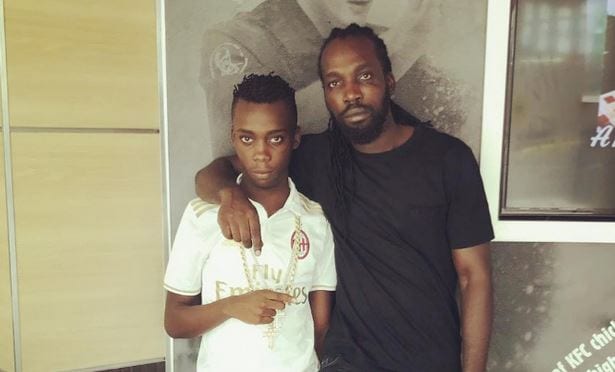 Mavado’s teenage son Dante Brooks who has been in a youth facility since 2018 will next appear in court on January 7th, 2021, ironically on Vybz Kartel’s birthday to answer multiple charges including arson, the illegal possession of firearm and ammunition, he must also answer to shooting with intent and conspiracy to murder after it’s alleged that Dante gave the order to kill Lorenzo Thomas on June 5th, 2018 in Cassava Piece, St Andrew.

It’s reported by the Jamaica star that the teenager will go through a no jury trial which is now common as a result of the COVID-19 outbreak.

Lawyer Peter Champagnie who represents Brooks explained in an interview with the Jamaica star that “Our client is confident that when all the evidence is heard, he will be vindicated,”

Dante who is now 18 years old and will be tried as an adult has spent the last two Christmases in lockup after being denied bond on multiple occasions in the Home Circuit Court.

Mavado’s son is charged jointly with 23-year-old Andre Hines for the gruesome murder which left Lorenzo without his head.

The teenager appeared in the Corporate Area Criminal Court in 2018 and denied the murder allegations laid against him, however, it’s now reported that his co-accused has struck a deal with the police and already has given a telling statement about what took place.

A witness statement given to the police stated, “Memba di boss want him head” and Thomas’ neck was cut.

Mavado was on the island in 2018 when violence erupted in his home community of Cassava Piece, he was shot at and allegedly had to run for his life. Shortly after this incident, multiple murders were committed in the area which resulted in Mavado being wanted by the police.

In the midst of all of this, the Gully God went overseas and has not been back in Jamaica since.

The dancehall world now awaits Mavado’s reaction to this latest news about his son.