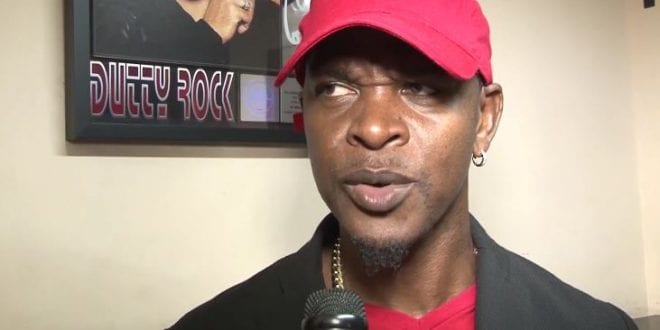 The Bounty vs Vegas saga continues. According to Mr. Vegas for years Bounty Killer has been trying to tear down “other brothers in dancehall music” Tommy Lee, Lexxus, Beenie Man, Merciless, Vegas, etc. Mr. Vegas explains that Bounty helped to rise a lot of artistes but tried to tear them down after.

“Yuh is a five-star bitch” States Mr. Vegas who also noted that Bounty Killer’s followers don’t bash him when he does wrong because to them he is the general.

Mr. Vegas explains that Mr. Lexx was at the height of his career when “Killa” tore him down. He went on to state Bounty calls everyone a “fish” but Bounty himself walked out like a gay on the Verzuz clash. “him walk out like a bitch.. he came out” States Vegas while inciting that Bounty is gay.

Bounty Killer is one of the biggest bullies in dancehall music claims Mr. Vegas who explains that his kids won’t grow up to see him as a coward hence he won’t make Killer style him as “fish” without answering. 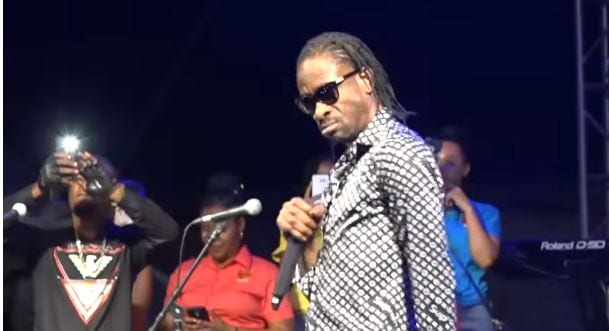 “Yo bruk and nuh have noting” According to Vegas, Bounty Killer don’t have anything to show in dancehall after all the years of work, he also alleges that Busy Signal got the general a car as he could not afford one himself. “Bruk him bruk” Vegas states that the real problem with Killer is because he’s broke.

Bounty is the dancehall Police, Vegas explains that all the persons who Bounty had issues with never provoked him first, instead it was Bounty who always diss the young artistes first. Vegas recalls that Buju Banton nor Shabba did not bash anyone when others tried to use their style, according to Mr. Vegas, Bounty is a real trouble maker.

Earlier Bounty Killer labeled Vegas as “dancehall Filt” and claims that Vegas was beaten by his male lover in New York after they spent time together in a hotel, he also continued to called the heads high artiste “gay-gas”. See Bounty’s comments below. 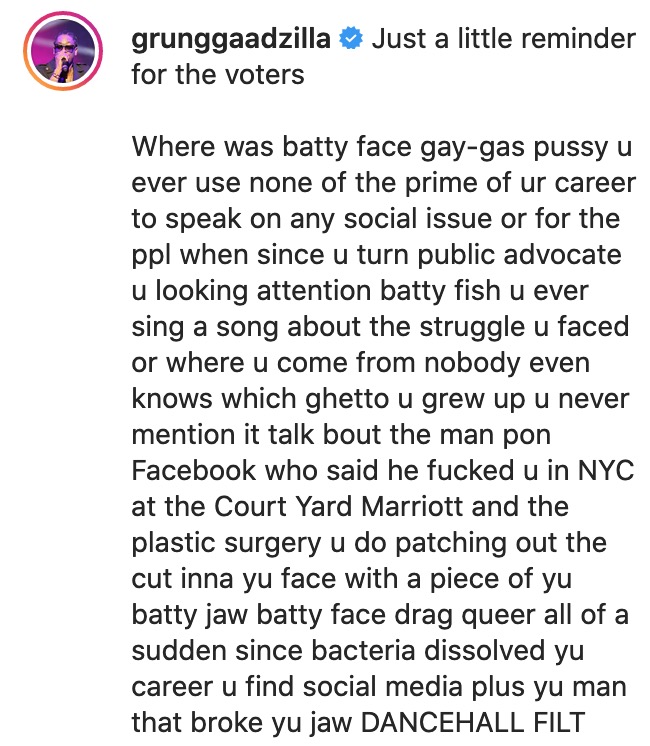 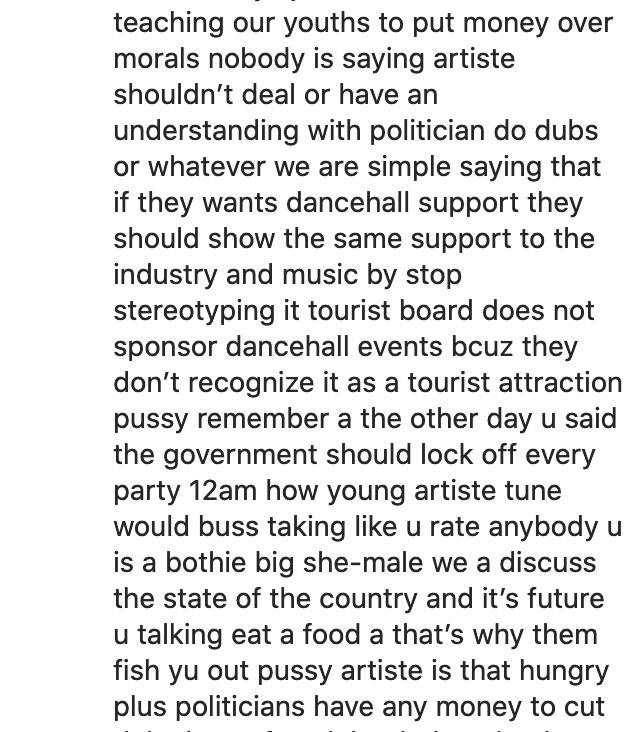 This new back and forth between the tween erupted after Mr. Vegas called Bounty Killer a hypocrite for bashing younger artistes who voiced dubplates for politicians.