Mr. Vegas Says Vybz Kartel Is In Hell And His Fans Are Fools Mr. Vegas has responded to the backlash from Vybz Kartel fans and is insisting that they are a bunch of idiots.
During his interview with Anthony Miller last week, the “Bruk It Down” deejay says that Vybz Kartel is living in hell and when he got the usual backlash from Gazanation fans, he told them that they are fools. Now MV chooses to address the controversy in one of his usual vlogs. “More time some people act like they want to use their little intimidation and think they can frighten everybody and everybody must just shut up and they alone must speak,” the deejay said. “A lot of you are some internet bad people.”
Mr. Vegas also explained what he meant by Vybz Kartel living in hell. “I said somebody might be making a joke about Vybz Kartel becoming a Christian but it might manifest into reality,” he said. “Because I have seen on Anthony Miller show where Vybz Kartel said he was going to hell and Jeffrey already put the a/c in there. “Jeffrey cannot put any a/c into the hell that any wicked is going to be cast in on the day of judgement. So any hell that Jeffrey is going to put the a/c in must be one of those prisons in Jamaica.”

Mr. Vegas Says Vybz Kartel Is Not The Jesus Of Dancehall, Talks Being Underrated [VIDEO] Mr. Vegas says that Vybz Kartel is literally living in hell and the vast majority of his fans are complete fools for following him.

The dancehall deejay turn gospel singer sat down for an interview on ER last week where he spoke about Vybz Kartel’s incarceration being equivalent to him being in hell. “Well you have to understand that Vybz Kartel is a major force within our society, and a lot of people emulate Vybz Kartel because of a certain image that he shows out there,” MV said. “So if a youth hear something positive from Vybz Kartel who knows that youth might become more positive, I am not saying everybody would become a Christian now who are following Vybz Kartel.”

Earlier this month, there were some rumors that Vybz Kartel is getting baptized behind bars but Dancehall HipHop confirmed with a rep for the deejay that those reports are false. Mr. Vegas wasn’t amused by it and thinks that the deejay is really in hell behind bars. “I saw Vybz Kartel on your show already… where he said ‘I know I am going to hell, Jeffrey already put in the a/c,” Vegas said. “Ever since he said that that night I watch your show when he spoke about Mavado not being intelligent, and ever since he got locked up it’s like he saw something in the universe that he was going to hell. Where Vybz Kartel is is hell… I was in Hunts Bay one day and it’s like your skin was coming off.” Mr. Vegas got some backlash on social media for his comments about Vybz Kartel and he responded calling the Gazanation fans fools. “Can anyone tell me why some of the Gaza fans them so dunce and fool fool?” the dancehall veteran wrote. “Yes come for me! unu real dunce.” 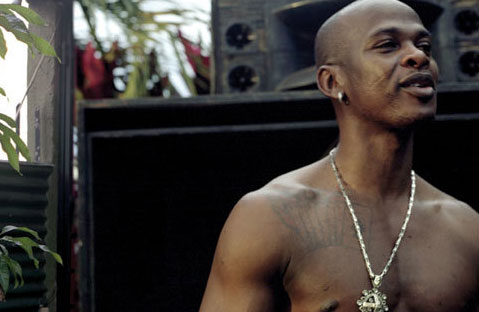 Mr. Vegas is the latest dancehall star to open up about Vybz Kartel controversial statement that dancehall is incarcerated.

According to the self-proclaim Worl’Boss, dancehall is locked up in jail and will not return unless he is free.

Speaking with Anthony Miller of ER, Mr. Vegas hit back saying dancehall is can never be in jail.

Mr. Vegas also opened up about being underrated in dancehall and his recent Twitter beef with Bounty Killer.