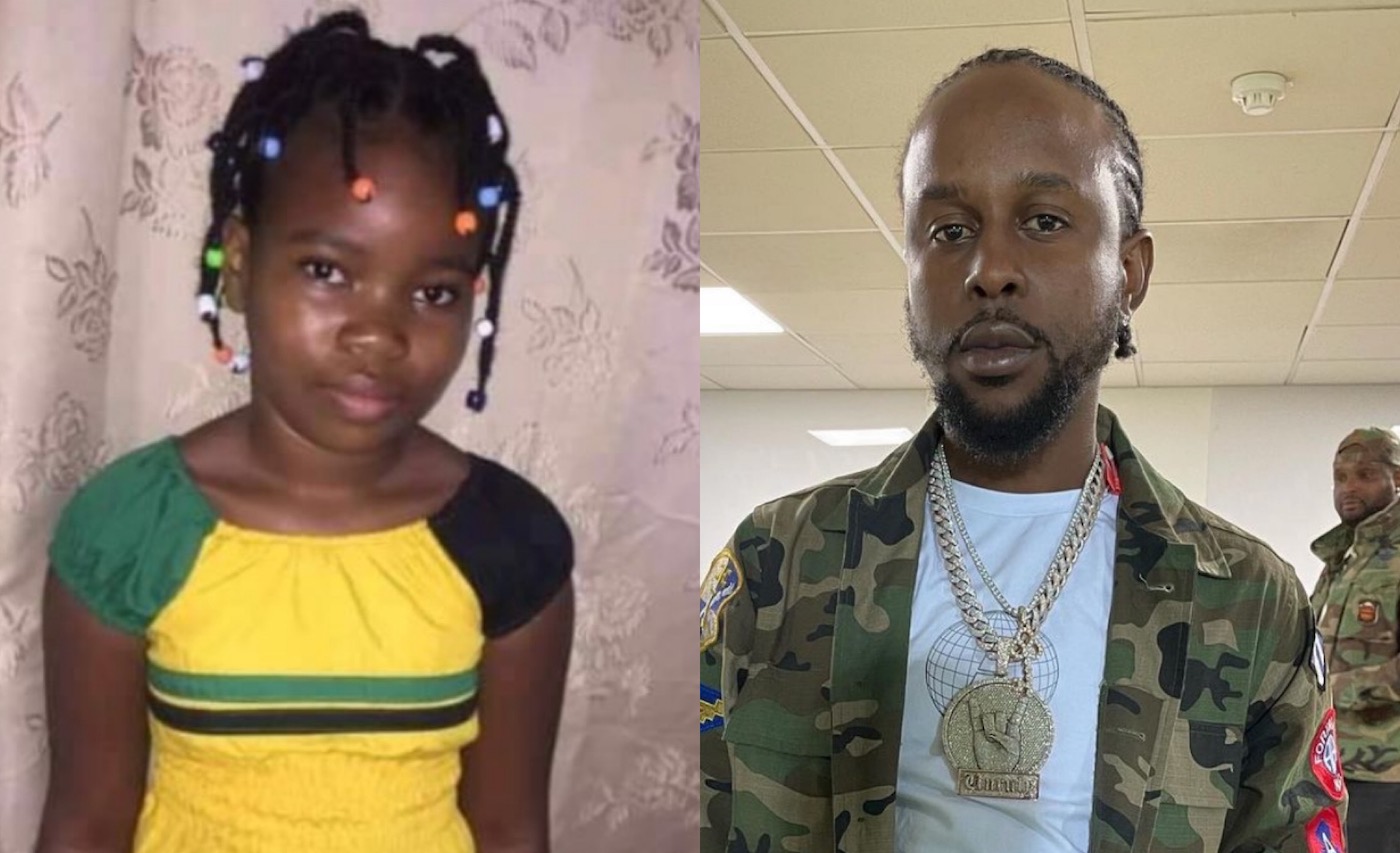 On Friday, the St. Thomas native joined thousands of Jamaicans as he called on residents to play their part in finding a 9-year-old girl who was kidnapped from home. Surveillance footage shows an adult male walking and holding a knife into the side of the little girl.

The Jamaica Constabulary Force issued an Ananda alert for the young girl whose name is Phylisa Prussia and said the girl was taken from her Bath, St. Thomas home on October 14, around 7:08 PM. The young girl was last seen wearing a white blouse and blue shorts.

The police have identified the suspect as 45-year-old Davion Bryan.

Popcaan, whose real name is Andre Sutherland, called on his fellow St. Thomas people to help in finding the missing girl.

“Mi Bath people dem, find dis little girl for me please and thanks!! We can’t make this slide. Spread the word and help to find her!!” the entertainer wrote on social media on Friday.

Skillibeng who is also a native of St. Thomas, called for the little girl to be found.

Meanwhile, Head of the St. Thomas Division Superintendent Allison Byfield said Prussia was abducted while she was at home on her verandah playing with her doll.

According to Byfield, the police said the man who is in the surveillance footage is presently on bail for illegal possession of a firearm in St. Thomas. As part of his bail conditions, the man who resides in Portland is to stay out of St. Thomas.

The police have been searching both parishes for the missing child and the suspect.

Videos shared on the Instagram account by the JCF showed personnel in the backlands with dogs tracking the scent of the little girl.

In an Instagram post, the Jamaica Constabulary Force (JCF) said that a 500-people search party from several agencies, including the police force, the Ministry of Health and Wellness, the Child Protection and Family Services Agency, and the Ministry of Justice are searching for the girl.

“If you saw something, say something. Share information with us by calling Crime Stop at 311, Police Emergency at 119 or the nearest police station,” the JCF said.