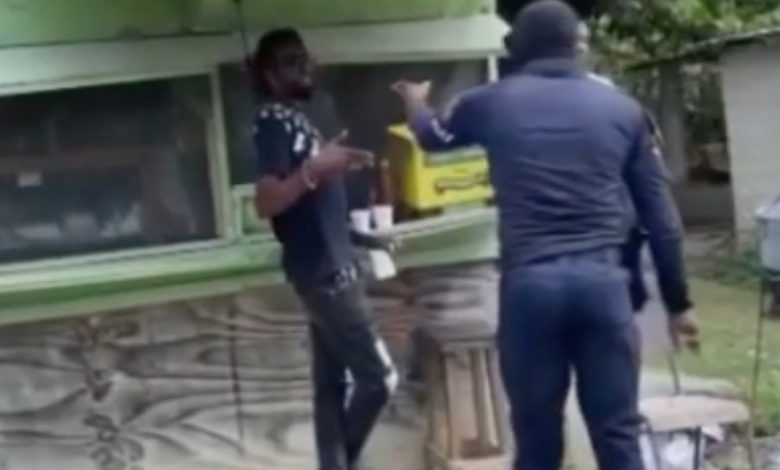 This video clip has been making rounds on social media islandwide. The video shows a very ill-mannered Jamaican police officer threatening and warning an alleged gunman. As seen in the footage, three police officers who were travelling in a police van stopped to address the man who was clearly not shaken by the ordeal.

The man in defence asked why the policeman was pointing at him and addressing him in a violent way, he got no response to his questions, “yo me nuh understand this” he also stated. According to sources, the accused gunman is the son of a man that was allegedly killed at a police station many years ago.

Before leaving the scene another law enforcer threatened to destroy the phone that the person was using to record the incident.

Just months ago another video went viral of police officers fighting a civilian in Portland.

Watch the happenings below.

We yo know bout mi bwoy… Tell yo fren dem seh any time mi hold unuh with gun unuh bloodclaat dead… any day any day mi buss yo pssy… ” Said one of the irritated police officers to the man who was standing in front of a shop, buying porridge.