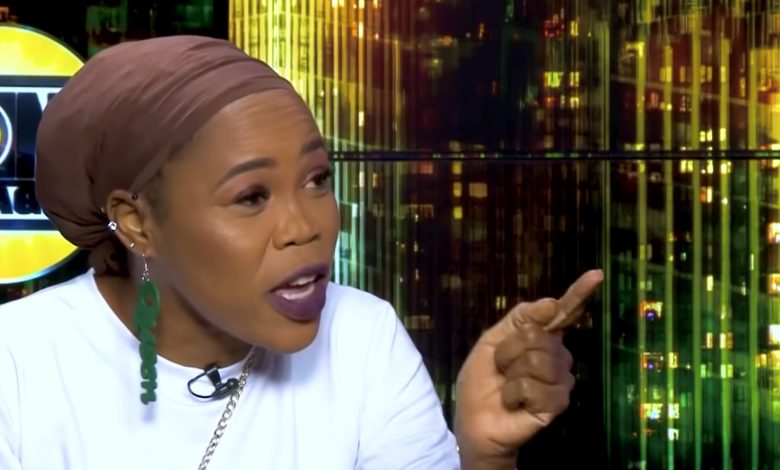 If there is going to be any form of fire to be burned by a female artiste, on the things that have been taking place in Jamaica it would surely be Queen Ifrica and the veteran Reggae act did so recently on an appearance with Winford Williams Onstage where she had a very edifying conversation with the host.

This treaty between the Maroons and the British according to Queen Ifrica has been one of the main causes of division, and it is these historical truths that we will need to deal with as a people before we can move forward.

As a part of outlining what exactly she meant, Ifrica explained to Winford Williams that even though Africans were enslaved and brought into the country, there were already free people here who the rebellious slaves joined in the mountains. She also went on to speak about the Moors, who are said by many to have once ruled the world in the east and west before any European.

Some of the examples of free persons she described were Paul Bogle and Nanny of the Maroons, who she explained came to Jamaica not as a slave but as a Queen with her servants. So because of this mixing according to Queen Ifrica, Jamaica became a melting pot of cultures which helped to cause the violence against each other, in addition to the terrible legacy of violence left behind by slave masters such as Thomas Thistlewood who used to torture slaves and subjects to sexual deviance as punishment.

It is these types of behaviours according to Queen Ifrica that has given rise to the sexually predatorial culture that exists in Jamaica. As a stance of no tolerance, the entertainer says that is why songs like her most recent one entitled “Predator Paradise” must be done so the acts are deleted from society.

As a way forward the entertainer appealed to Chief Richard Currie of the Accompong Maroons to tell the people the truth behind their identity as well as she called out artistes such as Vybz Kartel, Bounty Killer, Buju Banton, Beenie Man, Intence, Iwaata, Spice and other entertainers to all stop the feuding and come together so that solutions can be found to curb the violence in society and aid the people to know themselves.

Watch the full interview below.

In respect to Jamaica, Queen Ifrica let the host know that she is one of those persons who have been doing it for the country from the heart, expressing how she feels as the journey progresses. One of the main topics that Winford Williams drew for in the interview was the situation of crime and violence that has plagued Jamaica and as a response, the veteran Reggae singer said a big part of the cause was the 1738 treaty.