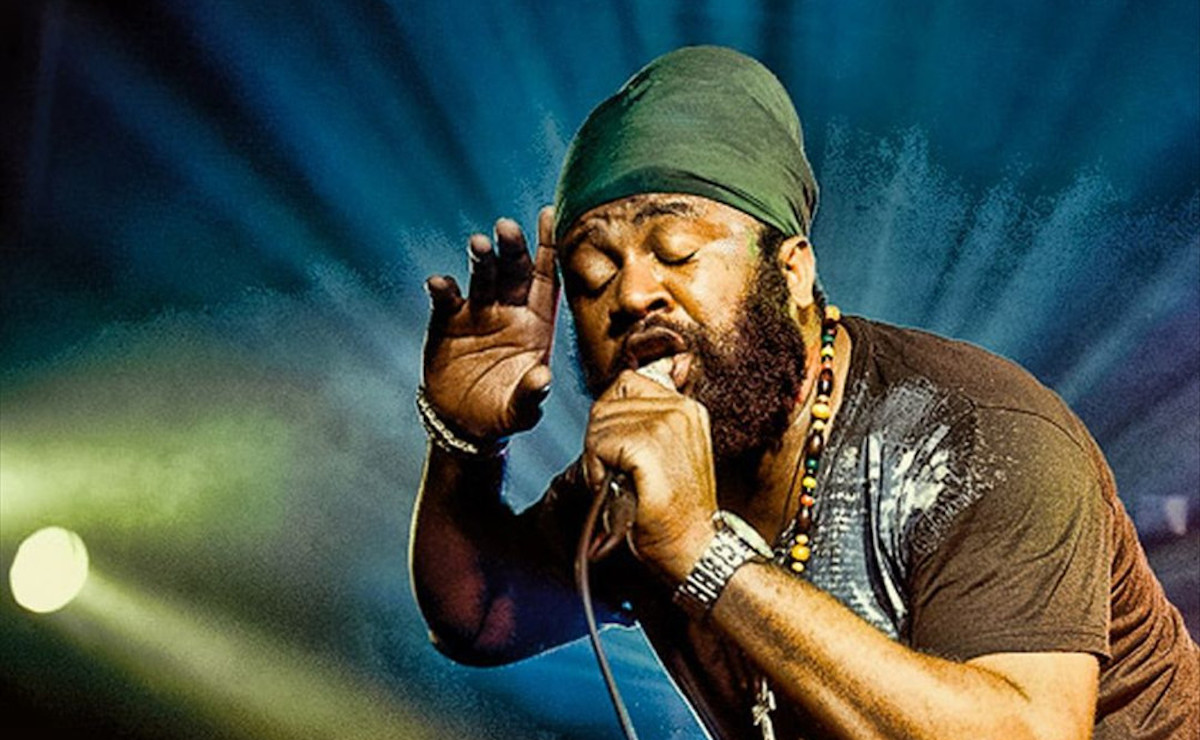 Jamaican reggae artiste Fantan Mojah has been on the receiving end of a lot of criticism following the release of his brand new song and music video titled “Fire King.” The public lashing has been handed out by critics all over social media, as well as members of the Rastafarian religion. Popular poet, orator, and radio talk-show host Mutabaruka, who is a member of the Bobo Ashanti Mansion, which Fantan is associated with, also had some choice words for the singer.

Mojah is best known for his conscious and inspiring lyrical content which has been observed on tracks such as “Stronger,” “Rasta Got Soul,” “Hail The King,” “Hungry,” and “Nuh Build Great Man.”

“Im not rastafari……but this tune gives me courage and inspiration. real music is powerful,” is just one of the comments one may find below some of the reggae singer’s early releases.

Yet, he has seemingly agitated fans with the release of his high suggestive video. The visuals capture the 44-year-old having some adult-themed fun with a handful of young females dressed in nothing more than their bikinis. The shots take viewers from the poolside to the bedroom, as the rasta gets hands-on with a few of the females’ derrieres. The lyrics explored on “Fire King” fit the video like a glove and seemingly complete the task of informing his fans on the fact that Mojah is an artiste of many facets.

“Girl a wine and a cry pon he stick dem / full clip when me touch you pon yuh clip deh / g-string a pop like a plastic yea,” Mojah deejays over the bouncy, hard-hitting dancehall beat.

It’s hard to decide whether fans are upset with the entertainer for the lyrical content, for simply participating in what is considered dancehall music, or a mixture of both. Five years ago, the backpack carrying Rastafarian was performing at Rebel Salute when he lashed out against then newcomers Alkaline and Gage for their vulgar releases aimed at destroying the very fabric of society.

Mojah implied that he would have engaged the likes of Luciano, Capleton, Sizzla, and “di whole a di Bobo warrior dem” to provide a public scolding if the young entertainers did not desist. The musical output of both entertainers has remained consistent since then. However, Mojah has seemingly been the only one who has joined the party. Yet, according to Mojah, while chatting with the crew on The Fix, he has always been a dancehall entertainer.

“I’ve been doing dancehall from the day I buss wid the reggae..but them nah ketch pob the radio, them nah pick up,” he said in the recent interview. During the sit-down, Fantan explained that the continent of Africa, as well as other territories, have been rocking with his dancehall hits for years now.

“Me get dancehall songs wa go number 1 rouna Africa before this ago get popular a Jamaica now, and throughout the Caribbean and America,” he explained, while revealing that he has also done soca and techno songs.

The singjay, who is just one year younger than dancehall bad boy Vybz Kartel, hinted that his most recent output is his way of keeping up with his younger fanbase.
“Me young fans dem de de wa hear Fantan same way, after me no get old, me a walk pon tik?” He questioned. He further emphasized that music is music and does not necessarily tie to his religion. This means the entertainer is simply providing what the market is currently craving. “Me know seh a mix-up run roun ya right now, a no like one time. Mix-up that uno wa hear, that uno wa see,” he said.

While addressing the host’s comments about the lovely females showcased in the video, he highlighted that his spiritual and religious beliefs do not exempt him from wanting to enjoying a surplus of females among other ‘worldly’ pleasures.

It’s no surprise that his phone has been blowing up following the release, as members of the Rastafarian community try to get in touch with him. A lengthy audio clip of longtime Rastafarian Mutabaruka chastising the music video has since made its way online.

“Have some artiste wa a try denigrate Bobo House and Rastafari wid dem wol heap a likkle frivolous videos … dem no see nun wrong with it, that’s the problem,” the Cutting Edge host explained. “Me never it woulda reach de so, weh yuh have man wa wrap up dem head and go inna video wid naked woman a flaunt themself over him and him a flaunt himself ova dem.” 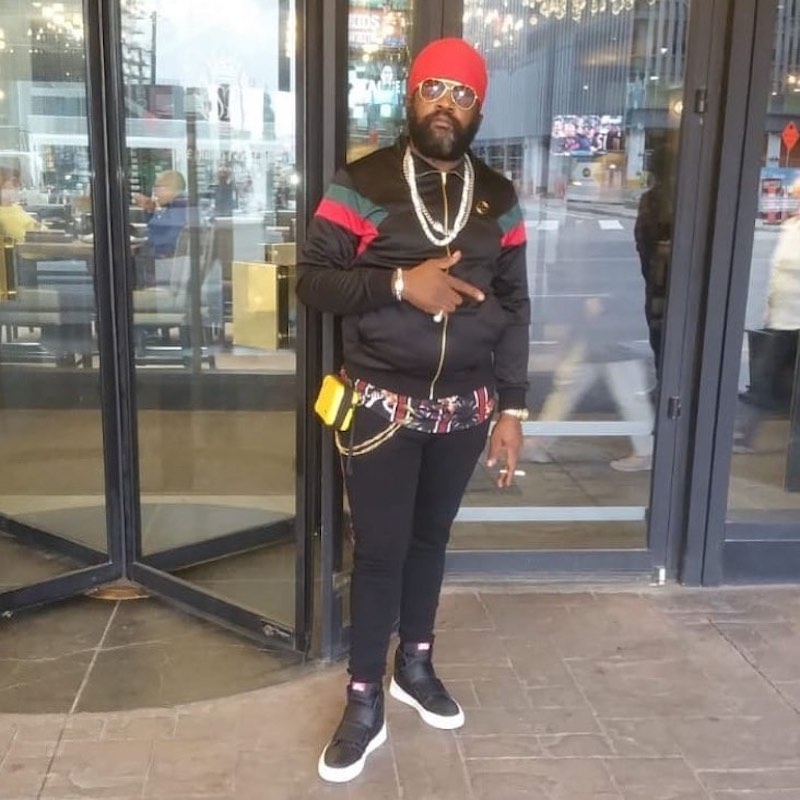 One of the soar points for Mutabaruka is the creation of the music video, which he claims will incorrectly serve as a measure of how followers of the faith should behave. “Him can’t take that[Video] off again eno, it gone,” he said.

The popular poet, who traveled the world educating people on his religion’s core concepts, outlined just what is expected from anyone who decided to take up the title of a Rastafarian.

“Is a revolutionary group of one wa suppose to a search fi liberation of African people all over the world. We suppose to a educate, inform, and we suppose to a live certain way that when people see it them can say ‘wait, brethren a survive inna Rome ya man,'” Mutabaruka explained. “We suppose to a take the people out of the quagmire of madness and craziness and now we a go down inna the abyss with dem?.”

Muta joked that Fantan might find himself engaging in self-pleasing acts to the music video when he turns a senior. However, the singjay seems to be focusing on the now and how to please his fresh-faced fans. He told The Fix that his teenage children, who currently reside in America, are the ones who are gravitating towards “Fire King.”

Supporters of Fantan’s latest single have expressed that once he is not portraying violence, then there shouldn’t be any complaint. Others have pointed out that other entertainers who have claimed the Rastafarian faith have released even more controversial tracks in the past.

“So wen Sizzla say big long gun and run out on dem that was conscious song rite? Sizzla also say pump up her p_m p_m to.” One fan emphasized below the official Youtube upload.

“Hin did get burn out for that as well and since then never had the same level of respect…from that time…his musical respect has went downhilll and he basically living off black woman and child music today,” came the response to the reference made against fellow dancehall/reggae entertainer Sizzla.

Fantan Mojah has pledged to continue releasing music to uplift the people but will also be providing new tracks for the younger generation. “Uno no have me inna no box, me wa fi do music.”

Could this mean a downward spiral for Mojah, or will he successfully tap into a younger fanbase?

You can check out the full interview below: