Jah Cure is responding to the viral video in which he is heard cursing and threatening a woman and demanding the return of $600 for airfare from two women after they refused to have sex with him.

One of the women has disclosed that the incident occurred in December of 2019 and that Jah Cure had beaten her and her friend- another unidentified woman, and falsely imprisoned them as he demanded his money upfront or that one of the women have sex with him.

Speaking to Urban Islandz, one of the women who declined to identify herself says she is fearful for her life. She says that Jah Cure flew her and her friend to Jamaica, but sex was never discussed. However, she said she has been friends with him for years and was ok if it did come up between them. She said they stayed at his place in Montego Bay, then Kingston in Norbrook. 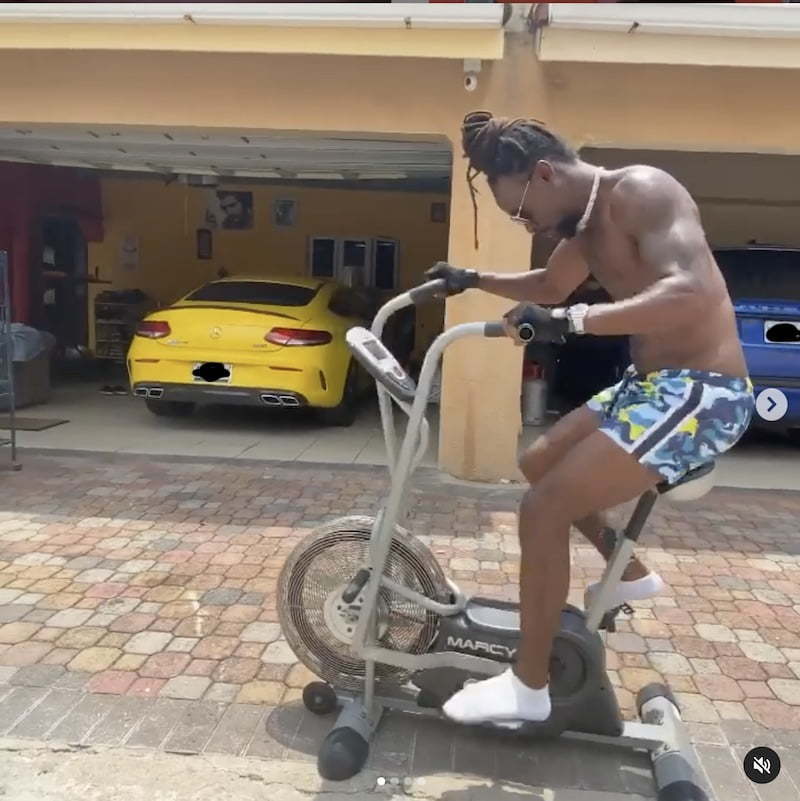 In the viral video, the woman can be heard telling Jah Cure that he hurt her and offered to show him where but he replies “yuh dnt have to show mi nothing, f—k off, yuh lucky, bruk mi want bruk one a yuh hand, yuh tek me for pussy. Yuh see why mi tell unu seh unu a problem, yuh know how much woman mi coulda get and enjoy mi self.”

The woman says that she was allowed to leave after the other woman agreed to have sex with the artiste but that “she cried the whole flight home.” She said they were unable to file a police report as officers in Norbrook refused to take a report. She also claims that two men, who call the artiste ‘daddy,’ stopped them from leaving.

Jah Cure is now responding, saying that he didn’t mean anything by what he said. He has neither confirmed nor denied hitting or falsely imprisoning the women or holding one of them hostage for sex. He does say, though, that he did say the things he said, but he insinuated that missing valuables and cash might have been taken by the women.

He says that the video was sent to him years ago, although the woman in the video claims the incident happened in 2019. A picture of her shows her posing in front of the artiste’s house with his yellow Mercedes-Benz AMG in the background on Dec 11, 2019. 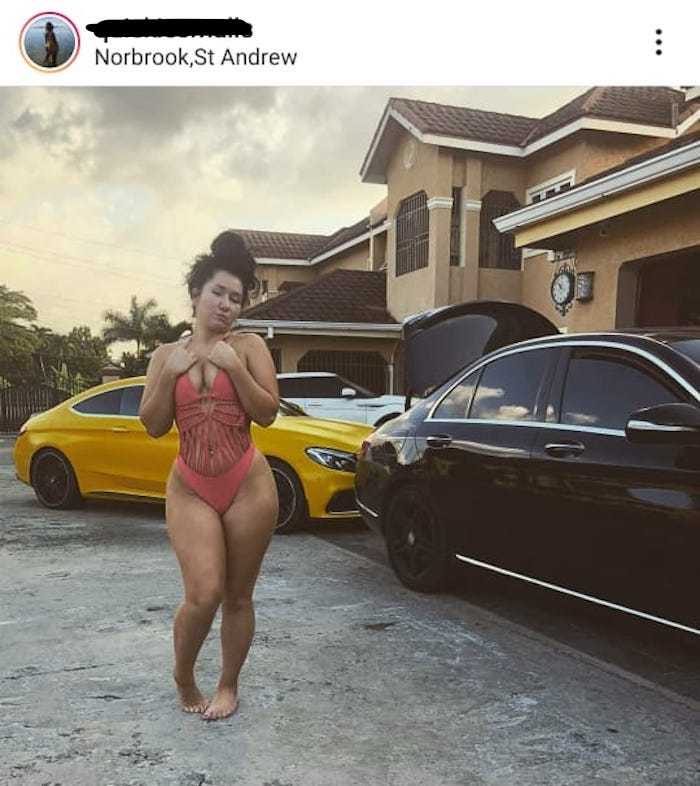 He added that he met the women after they were beaten up by a local dancer years ago, and him knowing them for years extended his hospitality for when they wanted to visit.

The artiste believes the release of the video now is part of a calculated effort by some unknown persons to destroy him. “It was there all this time. It just leaves me to figure that, it seems that you know fall into the hands of someone who would really like to terminate you in everywhere they can you know social media warfare that them set up out there fi fight you know this a dem trick weh dem pull.”

Jah Cure, who was sentenced to 13 years imprisonment for rape, said, “everyone have them private life you done know. You and somebody inna argument and someone videoing you without you knowledge to form a setup and a blackmail you feel me yea because I was always good to them. That was the only bad moment me and dem share from the time they were here in Jamaica. Mi show dem so much love and tek care a dem.”

In the viral video, Cure is heard threatening to break the woman’s hand and also saying he will kill her. However, Cure says that after the women visited him, he realized that things were missing from his house- “valuable items and some cash and I asked about it and it caused some vibes and we start talking about other things so I said just give me back mi ticket you know what I mean,” he said before adding “yea because I’m not f**king them even.”

The artiste, however, admits that his behavior is wrong and apologizes “I know it’s wrong to even talk to them the way I was talking to them and I definitely apologize for that in myself. But deeply, they know I didn’t mean anything because I didn’t touch them.” 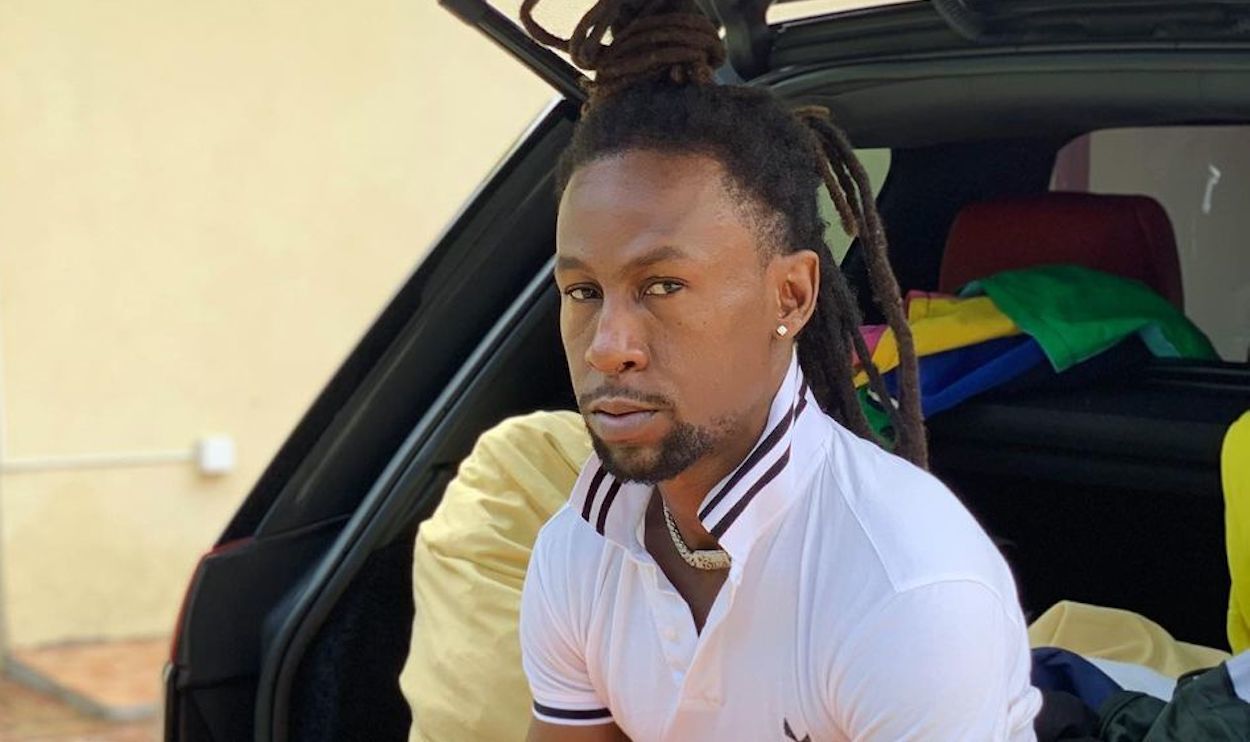 Jah Cure’s groupie tales is getting exposed in a newly leaked video.

The ‘Unconditional love’ artiste has been secretly recorded, and the contents of the recording are damaging. In a video circulating on social media early Sunday morning, the artiste can be heard ranting at a woman as he demands a reimbursement, which he discloses was to have sex with two women. It seems as though the artiste’s plan failed as the women failed to deliver. So Jah Cure threw them out of his house after threatening to beat them.

In the almost 4-minute video, Jah Cure can be heard arguing with what looks like a Caucasian woman with short-cropped hair as she packs her bags. The woman sniffles as she speaks to Jah Cure timidly. At the start of the video, Jah Cure is heard telling the woman that his cousin cannot take her to wherever she is going. She says she’ll call a cab. 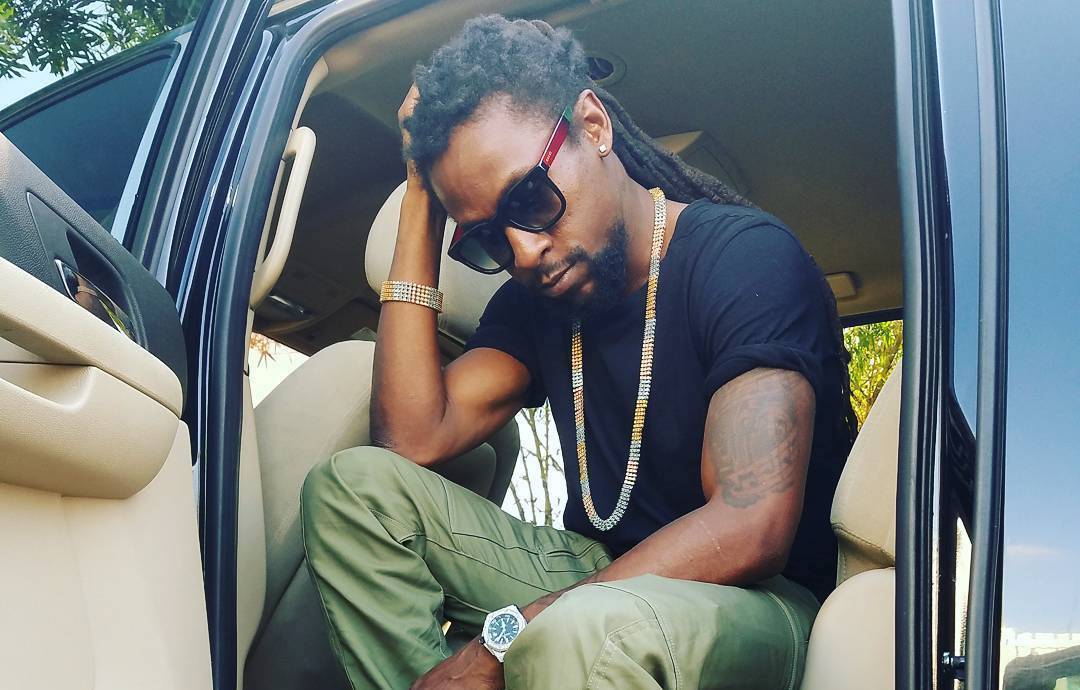 The artiste also demands back money or sex from a second unidentified woman – “mi want back the whole a mi money enuh, if mi nuh f—k her mi want back both a mi money from both else mi mash unu up in yah,” he says.

The woman says she doesn’t know how much money it was, and Jah Cure says it is $600 and adds that if the woman doesn’t sleep with him right away, he wants back his money. The woman making the recording then says, “we’ll both pay you back.”

Jah Cure also puts on a twang accent as he accuses the woman of depriving his chances of meeting other women. “I’ve been watching you all morning with your little sneaky movement…cz you like to f–k around men and make problems. I watching you inna the front of my car and you c–k blocking me with a lot of girls, they seeing you in my car and you nuffing up like me and you deh.”

Jah Cure accuses the woman of allowing other men to disrespect him. “then you come off and say you can style me…I saw you and you notice last night I never came in here and beg yuh no p—-sy, I came in here and lie down. You acted funny, you turned off like you say…”

The woman also said Jah Cure pushed her, and she offered to show him the part on her body. He, however, says he doesn’t care and that he wanted to break her hand– “yuh dnt have to show mi nothing, f—k off, yuh lucky, bruk mi want bruk one a yuh hand, yuh tek me for pussy. Yuh see why mi tell unu seh unu a problem, yuh know how much woman mi coulda get and enjoy mi self.”

The artiste seemed upset that he paid for sex and didn’t receive it. It also seems that he was upset that the women used the air conditioner and left it on with the door open.

He asks “yuh know how much money that woulda cost me.”