Much to the surprise of everyone, Marley also revealed his split with Brazilian beauty Isabeli Fontana.

Speaking with Open Magazine, Rohan says he was very heart broken for a long time after his split with Hill, who he shared five kids with.

“I feel sad that I loved her so much and I faltered in expressing it to her somehow,” Rohan Marley says. “It was my fault that she did not understand how I felt, and it was sad that we did not work out in that relationship sense. I was heartbroken for a long time.” 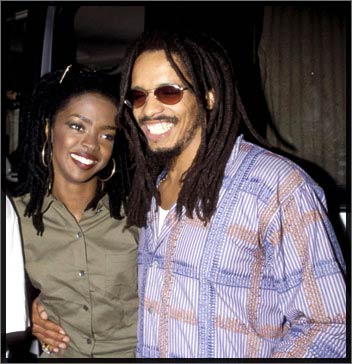 After his split with Lauryn Hill in 2011, Rohan Marley got engaged to Isabeli Fontana, a Brazilian model, but says that relationship didn’t work out.

Unlike his brothers who are mostly musicians, Rohan Marley is a formerprofessional football player and is now a businessman.