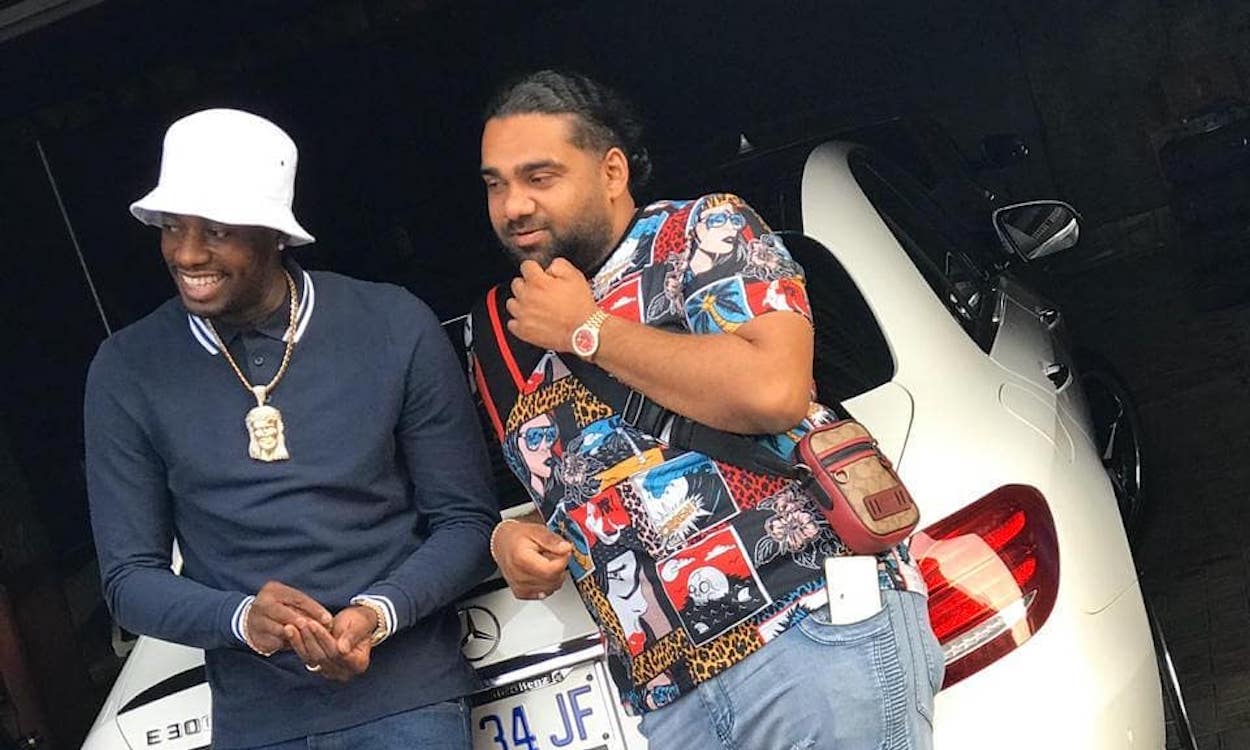 Romeich Major is encouraging persons to get vaccinated to protect themselves against the Coronavirus, which has killed millions of people worldwide and has caused countries across the world to shut down as a measure to contain gatherings in an effort to stop the spread of the contagious viral infection.
In a live video chat on IG with Jamaica’s Health Minister Christopher Tufton, Romeich disclosed that he and the entire Romeich Entertainment team, including Shenseea, have been vaccinated. According to Major, vaccination is needed to get back on track to restart the economy.
“I am a human being that lives in Jamaica and I love the country, and I can tell you this and I want you to pass this onto the teams that makes decisions, yes, Corona I very dangerous and it is affecting us,” he said. “But you see this no entertainment and poverty and all a dem sumtin’ deh affect we worse because the less we have the less we can help.”
According to Romeich Major, many persons have indicated an interest in learning more about the vaccine after it was disclosed that the entire Romeich Entertainment team was vaccinated. Many were particularly concerned for the team’s wellbeing due to the conspiracy theories that the vaccine has terrible side effects.

The live chat dubbed “Covid Chat” was aimed at discussing the vaccines and the perceived negative effects, which has contributed to the reluctance of some persons to become vaccinated. According to the Health Minister, people might react differently to the vaccines, but there are no long-term side effects.

He was replying to Romeich, who said that persons were saying that the ‘pump’- a colloquial reference to the penis in local parlance, was not working after taking the vaccines.

However, the Minister assured that the vaccine effects are not permanent.

“Well you know it affects people differently, but the truth is there should be no long term effects. So even if the pump [penis] don’t work initially, it will start work back based on what I have seen clinically. We not gonna endorse something that will have side effects and have permanent effect. The vaccine is saving lives,” the Minister said.

This conversation might not be unique to Jamaica, but especially in dancehall, masculinity and sex drives are among the key attributes of men within the space. The concerns raised by Romeich might very well be representative of the views of those in the masses. Not all in the dancehall space are for the vaccines, though. Among the condemners are Buju Banton, Spragga Benz, and Sizzla.

Meanwhile, according to the Center for Disease, vaccinated persons are not required to wear masks in small groups and crowds. It is hoped that as more persons become vaccinated, things can go back to a semblance of normalcy.

So far, about up to late March, more than 25,000 Jamaicans were vaccinated as the country undertakes a massive drive.