Teflon says he did not diss I-Octane at Kingston Jamboree

Reggae artiste Teflon has denied allegations made by local websites that he and reggae icon Sizzla Kalonji blocked I-Octane from performing at the recently concluded West Kingston Jamboree.

According to the reggae artiste, who recently released a diss song aimed at I-Octane, Tommy Lee Sparta, Gage and Alkaline, persons have been taking the incident out of context.

“We didn’t prevent anybody from performing. What took place is that when it was our time to work, I-Octane tried to go on stage at the same time, and that caused a little disruption. Sizzla gave I-Octane the option to perform, so I don’t know what caused him to do otherwise,” Teflon said.

The artiste explained that several artistes wanted to share in the Jamboree experience simultaneously, however, that proved to be impossible.
“I don’t know what happened. People a guh sey a bag of things because them see a likkle disruption with the entourage. But mi nuh want the people dem tek the thing wrong because it’s all about music and doing the right thing to please the fans,” he said.
As for his diss song called, Donkey Lense, Teflon said the effort is merely a correction for some of the incorrect things taking place in dancehall and reggae music.

“Big up the fans and big up Jamboree, more love. Any artiste that never perform obviously never came to perform,” Teflon told The STAR.
Several attempts to speak with Sizzla proved futile. 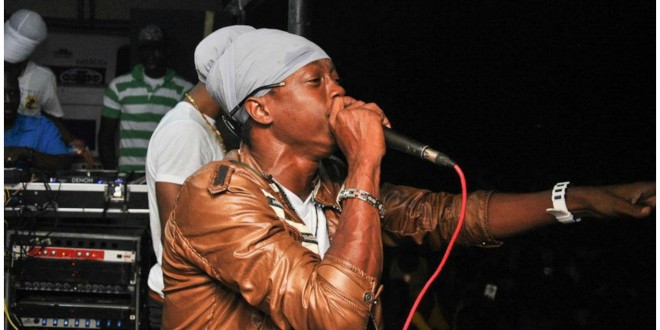 Word on the streets, is that Reggae artistes Sizzla Kalonji and Teflon allegedly chased I-Octane out of popular stage show West Kingston Jamboree lastnight, forcing the artiste to leave without performing.

A report on Yard Flex states that “I-Octane was about to enter the platform to perform when Sizzla and his entourage chased him from behind the stage while telling the MC that he wanted to perform,” according to an eyewitness.

Sizzla Kalonji later called on Teflon and they both performed an extended set.

Sizzla is also said to have stayed behind after his performance blocking the entrance, to ensure that I-Octane did not touch the microphone, according to the report.

Another eyewitness claims that I Octane was slapped around by Sizzla’s entourage, however that has not been confirmed.

The stage show, West Kingston Jamboree — which had its genesis in 1999 — was discontinued by the security forces after the unrest of May 2010 which saw 73 civilians losing their lives.

Three members of Jamaica’s security forces also lost their lives in the operation.

An inquiry in that incident is currently under way at Jamaica Conference Centre in downtown Kingston.