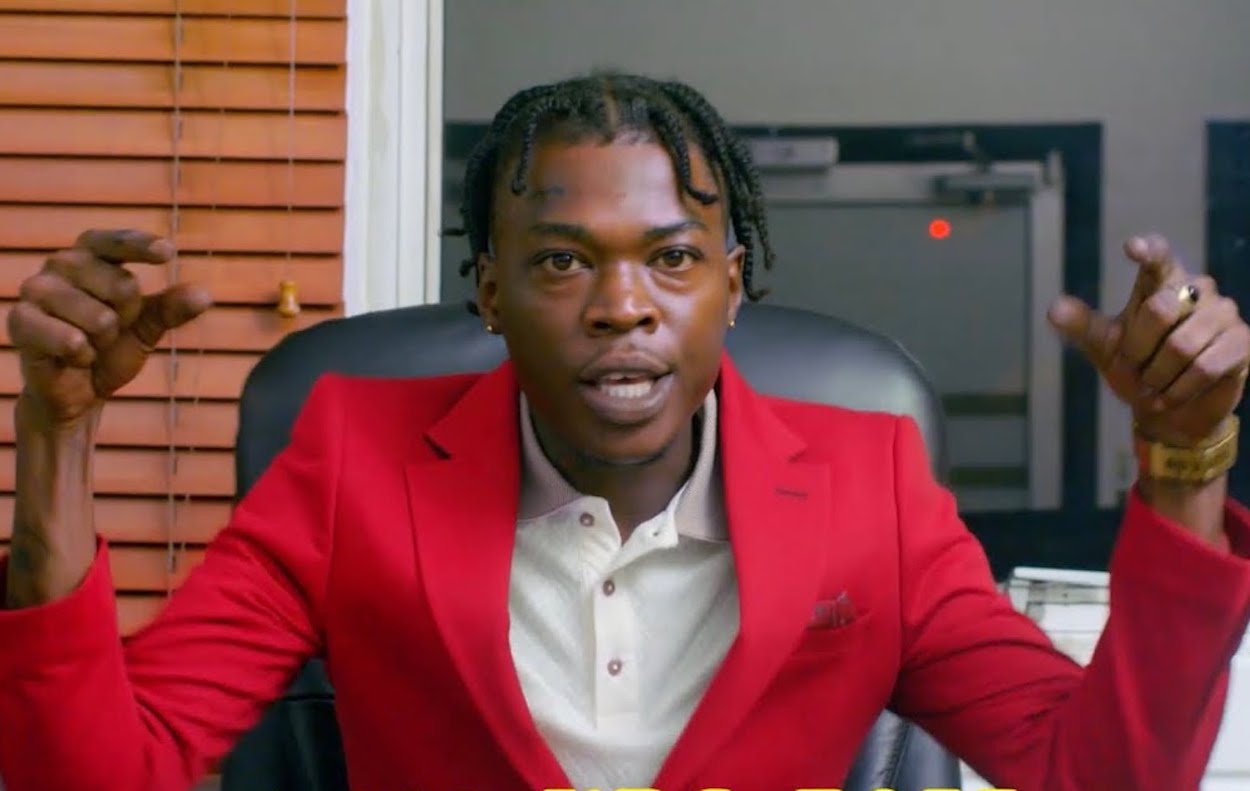 Skillibeng’s new video “Coke” clocked a million views in just two short days. The dancehall hit that has gone viral was inspired by a real-life event that occurred in late January when a plane crashed on a coast in Clarendon, Jamaica.

For the visuals, the St. Thomas deejay shot scenes at the crash site inside the cabin of the abandoned airplane. The story that made headline news has been immortalized in Skillibeng’snew track “Coke” which is an ode to the politically controversial event. The music video which was published earlier this week on Monday (Feb. 1) has amassed over 1 million views in the first two days.

Arguably the biggest young star in the dancehall community right now, Skillibeng has been delivering fire hits consistently for over a year. Many people are drawing the connection between his adaptability and his success as his material is always current, relevant, and relatable. In a new interview with Ebro on Hot97, the deejay says the craft comes naturally to him.

What type of music Skillibeng makes.

“Very influential and relatable,” Skillibeng describes his music. “At the end of the day how mi deliver mi songs different. Mi deliver mi songs with a force and a energy and a emotion towards anything. If it’s good mi have a good vibes, if it’s sad mi execute it that way – the right way, where people can relate to it and feel the music and feel like ‘yeah’ they’ve been through that. That’s the difference with my music, it’s influential, you feel my music.”

When asked about how he learned to put such emotion in his music, Skillibeng cited Vybz Kartel as one of the great artists who was an exemplar for him coming up. However, he says he is always curious and eager to learn so his ability to produce impactful, emotional music is a combination of what he’s taught himself and what he’s learned from other artists and recording music.

The “Brik Pan Brik” deejay has come a long way since his breakout hit which was released in 2019. He recalls that at the time he was on a release spree and his EastSyde fans gave him the drive to keep going. Now at the top of 2021, his latest music video has been trending at the top of the YouTube chart since its debut,

Elsewhere in the interview, Skillibeng mentioned that he remixed Lila Iké’s “Thy Will” but while the exclusive version is getting radio play it does not appear to be available anywhere else. The dancehall star told Ebro to link In.Digg.Nation boss Protoje for the plug so fans will likely follow suit in pursuit of hearing the dynamic collaboration.

Skillibeng’s decision to shoot a music video at a potential crime scene sparked national interest and led to a conversation about him interfering with an ongoing investigation. However, the Jamaica Civil Aviation Authority (JCAA) and the Jamaica Constabulary Force (JFC) have both reportedly completed their investigations and said in a statement that they no longer require the aircraft.

Meanwhile, the music video for “Coke” continues to rack up thousands of views every day. Do you think it will surpass 2 million views in its first week?