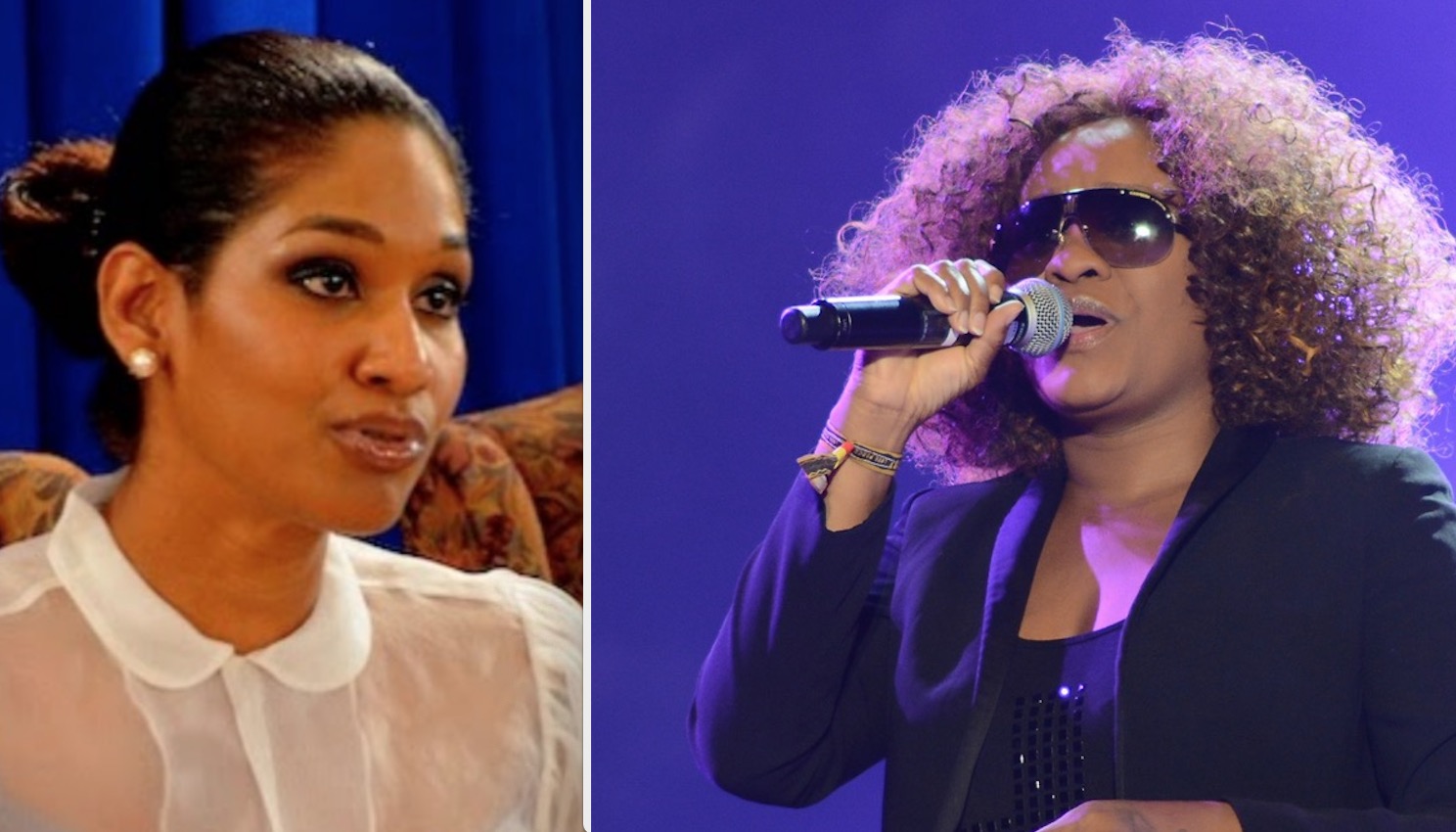 The contest for the PNP presidency is on with Lisa Hanna, going up against Mark Golding, and many people have their takes on who should get the position.

One person who had a very strong opinion on the matter was Tanya Stephens, who in an Instagram post said some things about the female candidate Lisa Hanna, which some might call her a hater for doing.

In the post, she mentioned that the former Miss Jamaica World only looked good on paper and was not appealing for any Jobs outside of aesthetics.

The “it is a pity” artiste, even went as far as to say that the positions that the MP held, were insignificant and ideally gave her any responsibility for people’s lives.

The reggae singer also stated that the politician was egotistical and would sacrifice her party in her quest for power.

In closing out on describing Hanna’s incompetence for the position, Tanya highlighted that Lisa was only successful after three elections, and was a failure to her constituency.

Stephens further said that she will not stand for a constituency failure as a leader. 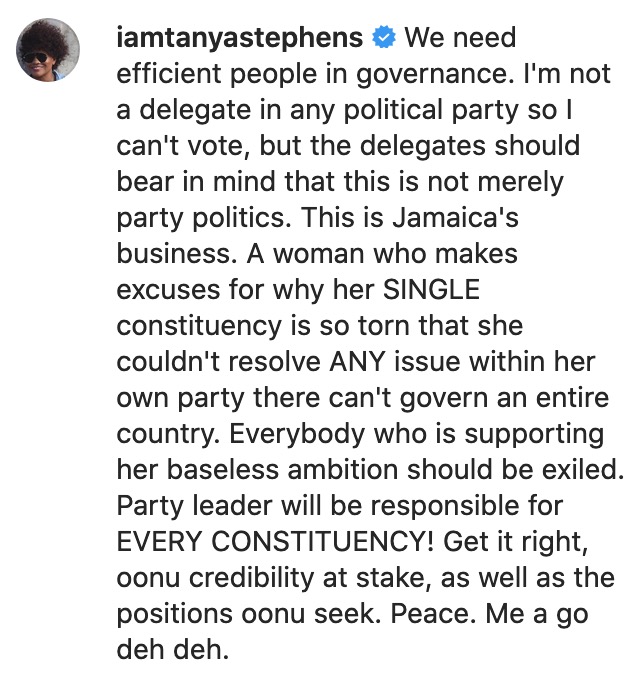