Tommy Lee Sparta Named as The Jamaican R-Kelly.. Here’s Why 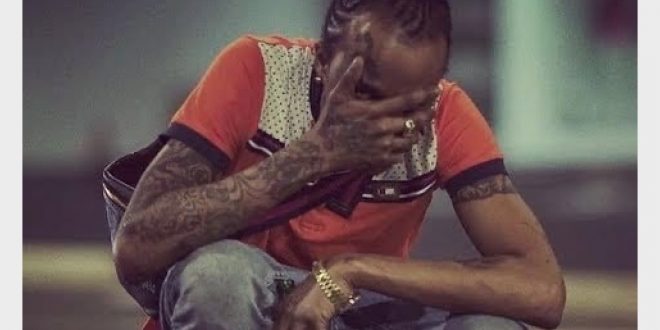 Gothic Dancehall artiste Tommy Lee is now the center of a controversy between some females. The Gothic deejay is being accused, by the ladies of doing something people would consider to be a very tabooed act in the bedroom.

In a chat and laugh episode with Lava sound, two females called in and were talking about the deejay and the crazy experiences they had. That is when the secret was exposed.

According to the women Shan and Twep Twep who called in one after the other on the program, in 2014, they were a part of a Whatsapp group with 21 women that also had Tommy lee in it as the only man.

The females told Chat and laughed that, “Uncle Demon” was sexually involved with all 21 women. Due to a feud between, the two females that had them in high feelings, the secret of the Deejay was leaked.

It was revealed that while “Under Vibes” in sexual intercourse, it was a practice for Tommy Lee to urinate on the girls he got involved in.

This revelation shocked many fans as some already have been calling Tommy lee the Jamaican R-Kelly. Shan also told Lava Sound that a picture leaked back in the days of her going down on Tommy Lee.

While on the other hand, Twep Twep explained that not a picture but a video was leaked of Shan going down on the Sparta Deejay before mentioning that she had sex with him between 2-3 times and she stopped because she was not getting paid enough.

Tommy Lee has not yet responded to the accusations however, it will be interesting to hear what the artist has to say about the matter.

One person commented, “Shout out to the very few females that still have class, modesty and morals y’all are rare af!!!” While according to another comment made online, Tommy Lee Spoke about “Golden Shower” in one of his songs, the person said “But him talk about this in “Cyber Freak”, at about 1:50 him say I bet you didn’t know her fetish you have to bathe her with gold. What you think him did a talk bout?”.

Learn learn more from the video report below.