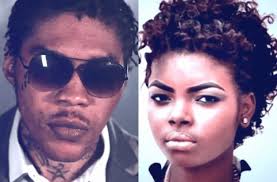 Dancehall superstar Vybz Kartel joins Likkle Miss on “Taxi.”
The song has been receiving mixed reviews from the Dancehall community.
“Taxi” is featured on a compilation entitled Vybz Kartel – Party EP, which is to be released on May 19.
Listen to “Taxi” by Vybz Kartel featuring Likkle Miss.

In a statement issued through his legal team, Shawn Storm said:

“Likkle Miss is the true definition of a diamond in the rough. She is only 14 and she has the voice of a dancehall superstar. I decided to sign her and to put her talent to the world because of her incredible potential. Although she is young, Likkle Miss is a singer to reckon with and her music and her unique voice will make a mark in dancehall.”