The released prison interview that Fox 5 news conducted with the incarcerated “King Of Dancehall” has many fans intrigued about how it could have been done as well as others feeling sentimental, due to the conditions that the entertainer spoke about in his responses to Evers from the popular newsgroup.

Isat has stated, however, that whatever concerns they have that they claim to also be investigating, is just for a show and has no real basis behind it.

Buchanan also highlighted that Vybz Kartel is unable to get family visits in recent times.

It seems as if the system has been doing anything under their power to cool the deejay, with even him stating so in the Fox 5 interview when he answered a question explaining “To be honest, the system wanted me thrown away. It was never about me being charged for murder. It was about getting rid of Vybz Kartel, not Adijah Palmer the person,” the entertainer expressed.

In the same interview, he spoke about the fact that over the past few years he had been ill, showing up the fact that the system has not even considered his health.

Throughout all his trials, Vybz Kartel has been strong, stating that he has written thousands of songs as a way to ease his mind from the pressures, and is now looking for everything to wind down so he can get a grasp of his freedom.

According to “Di Teacha’s” lawyer, Isat Buchanan, the interview was done a while ago while the entertainer was still at the St. Catherine Adult Remand Centre in Spanish Town. The entertainer’s attorney said that Kartel was transferred to the Horizon Remand Centre, a little after the interview was done as the Ministry of Security, said they had security concerns where the deejay is concerned.

The dancehall world was surprised last night after an exclusive interview was aired of incarcerated artiste Adidja Azim Palmer whose more commonly known as Vybz Kartel on Fox-5 TV which is located in the United States. As a result of the viral interview, the Jamaican prison authorities have come under much scrutiny because Interviews are in clear breach of prison protocols.

The Interview is amongst one of the most talked-about topics today on the island and fans are staying tuned to part 2 of the interview which promises more telling details tonight.

In the interview, a male voice said to be that of dancehall star Vybz Kartel spoke with Lisa Evers of Fox-5. According to reports from nationWide News, an investigation by the authorities in Jamaica is on the way to verify the authenticity of the voice and when the interview was done.

Many people are wondering how was this interview made possible, despite additional security being assigned to Kartel’s prison cell after a mobile phone was smuggled into the cell and found by authorities not too long ago. The Entertainer was relocated from the St Catherine Adult Correctional Facility and sent to the Horizon Remand facility recently.

Palmer is currently serving a life prison sentence in connection with the murder of one of his former associates named Clive ‘Lizard’ Williams who was allegedly killed in the Havendale community which is located in St. Andrew.

Vybz Kartel is now awaiting word on the appeal of his murder sentence which is being considered by the UK-based Privy Council.

It’s understood that the Department of Correctional Services, the Ministry of National Security Inspectorate, and several law enforcement agencies are taking part in the investigation.

In his first interview in over 10 years, Kartel described his prison cell, after being asked by the host about his surroundings, “It’s dark it’s hot it has like 3 or 4 bunk beds… it has a toilet in the corner… it’s like a Dongen” he went on to explain that he is currently located in the roof of the building he is housed at.

The “Summer Time” deejay also disclosed that he had health issues, “Basically i was sick for a few years” he outlined. With regards to his sentence, he said that he is innocent and he knows that he will be released soon. He stated that “it was never about me being getting charged for murder… it’s about getting rid of Vybz Kartel the person… it has always been about the influence that Vybz Kartel has.”

Kartel spoke about meeting good people in jail, watching many movies, listening to music, reading and writing a lot, he has managed to write “thousands of songs”, these things, he said help him to cope with the situation while in lockup. He concluded by stating that he is currently thinking about going home and not so much about his health issues.

Vybz Kartel Joked about the queen saving him.

One person listened to Kartel and commented, “Can’t express the feeling of hearing di Fhadda voice after a decade” while another said, “Round of Applaud to Fox 5, better than the Jamaican media.”

Watch the interview below and listen as the Worl’Boss speaks. 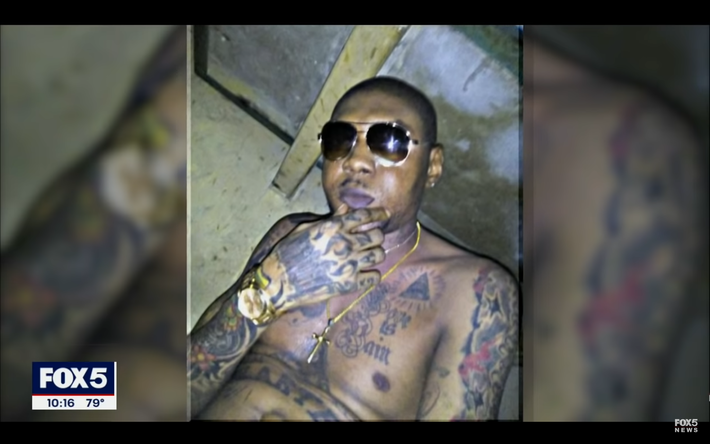 Jamaican authorities have launched a multi-agency probe into the circumstances surrounding how incarcerated Dancehall superstar Vybz Kartel called into an interview that was broadcast on Fox 5 New York in the United States last night.

Kartel’s attorney-at-law Isat Buchanan told said today, “I don’t understand all this hype about a probe, it’s ridiculous, the interview predates his movement from Spanish Town to Horizon (Remand) and all this is just sensationalism and oompy-skoompy business from Nationwide. This argument about a probe is ridiculous.”

Nationwide Radio first reported that the probe will be spearheaded by the Department of Correctional Services, the Ministry of National Security Inspectorate, and several law enforcement agencies. According to the radio station, the investigation will attempt to verify “the authenticity of the voice aired on the Fox-5 interview.”

In May, the Dancehall artist, whose real name is Adidja Palmer, was transferred from the St Catherine Adult Correctional Centre to the Horizon Remand Centre in Kingston, as part of the government’s plans to move high-value criminals to the 24 newly constructed cells at Horizon Remand. The new cells were designed to curtail access to cellphones, which are considered contraband in Jamaican prisons.

The probe will reportedly try to ascertain “whether, despite additional security being assigned to Kartel’s prison cell at the Horizon Remand Center a few months ago, a mobile phone was smuggled into the cell.”

In March 2020, Kartel reportedly faced sanctions after he allegedly joined an Instagram Live held by producer Rvssian. Soon after the stunt, the Department of Correctional Services (DCS) released a statement which indicated that Kartel’s cell was raided and “the contraband found and removed.”

Yesterday, as word spread about the Fox5 interview, Gaza fans were excited about what the Worl’ Boss would say. The Emergency singer revealed to Fox5’s Lisa Evers that he was in a better place mentally because he is convinced that he has been wrongfully incarcerated and will be freed.

“Yeah because I was sick for a few years, so definitely I’m recovering physically, but mentally I’ve always been in a good place because I know I’m innocent and I know I’m coming out,” he said.

The Worl’ Boss, who is serving a life sentence for the murder of Clive “Lizard” Williams, anticipated that his conviction will be overturned by the United Kingdom-based judicial committee of the Privy Council.

“God save the Queen because she is the only one who can save me now,” Vybz Kartel joked during the interview.

The second part of the interview will air tonight on Fox5. “Kartel gets candid…it’s a side of him you’ve never seen before,” Evers promised.