Vybz Kartel Named Masicka The Artist to Watch For 2017 Masicka must be doing something good to garner the attention of Vybz Kartelwho just cosigned the “Hardball” deejay as the artist to watch for 2017.
There is no doubt that Masicka has had a great year in dancehall with a slew of hit songs and growing popularity on social media. This week, Kartel took to his Instagram account to heap praises for the deejay stating that he is the one to watch for the new year.

“But hold on no artiste out there not firing like Masika,” Kartel wrote in Jamaican patois. “Him my money is on for 2017, him a go be a worthy opponent by 2020.”
Dancehall legend Bounty Killer also throw his weight behind Masicka who is known for his hardcore gangster anthems like “Hardball,” “Dem Ago Dead,” and a new collaboration with Bounty “Top Rank.”

[Video] Selector Boom Boom Hits Back At Flexx For Calling Him A 'Ediot'. Calls Flexx Badmind And Attention Seeker + Asks Fans Not To Hurt The Other Members Of T.O.K

Vybz Kartel promises his fans that he will still be dropping new music despite being transfer to confinement at GP.
The “Dancehall Hero” deejay was abruptly transferred from the Horizon Remand Center to the Tower Street Adult Correctional Centre. Authorities have yet to provide a reason for his transfer but sources are saying that he is being investigated for allegedly recording music in prison.

A rep for the deejay said the music will keep coming because of his massive catalog of unreleased material. “Transfer from one prison to the next won’t stop the music because we have so much unreleased recordings,”

“We have really good producers who can mix the songs to make them sound like they were just recorded so that is the issue now, but no music is being recorded behind bars,” the deejay’s rep added.
During his sentencing in 2014, Vybz Kartel was given the option to record music in prison but the proceeds would go towards his murder victim family. The Portmore Empire deejay declined the offer which means its illegal for him to record music in prison.

Since last week, Vybz Kartel has released three new singles, “You Make Me Cry,” “Your Little Shorts,” and “What Next.” We’re told that all these tracks are from previously recorded unreleased material.

Vybz Kartel: Security Minister Calls For Answers On Why He Was Transferred 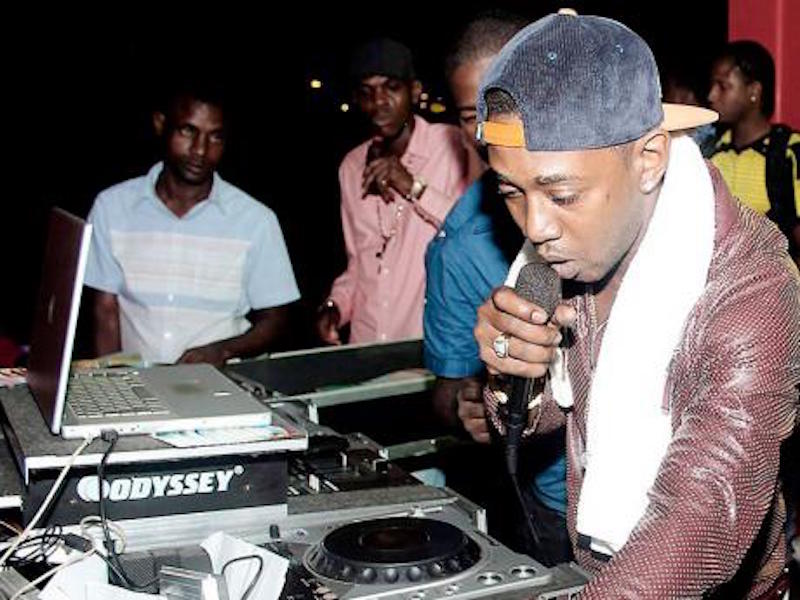 Selector Boom Boom hits back at Flexx ( former T.O,K member )  for calling him a 'Ediot'. Calls Flexxbadmind and a attention seeker, Asks Fans Not To Hurt The Other Members Of T.O,K + Plus names is top track in Dancehall ( watch full interview inside ) .

Vybz Kartel sudden transfer from one prison to another put the spotlight again on the Jamaican justice system and now the Ministry of National Security has called for a full report.
The aced dancehall star was transferred from the Horizon Remand Center where he has been housed for the last five years to the Tower Street Adult Correctional Centre aka GP in downtown Kingston. The move is as a result of an investigation into allegations that he has been recording music behind bars, which is illegal for his case.
The move raised more questions than answers and sparked a renewed interest into his controversial murder trial which concluded in a conviction in 2014. Permanent Secretary in the Ministry of National Security, Dionne McIntosh, confirmed that Vybz Kartel was moved and revealed that her ministry has requested a full report that will be made available to the media.

Vybz Kartel’s murder case has been back in the spotlight for the last few weeks after the controversial acquittal of Kingston businessman Patrick Powell in the X6 case. Powell was tried for the shooting death of 17-year-old Kingston College student Khajeel Mais. But his not-guilty verdict left a stench on the Jamaican justice system. Since then several dancehall entertainers have called for the release of Vybz Kartel given the many questionable things in his case.
Kartel’s attorney Tom Tavares-Finson says he will be meeting with the deejay this weekend to discuss his appeal and the reasons why he was moved.

Vybz Kartel found himself in some more legal troubles that could potentially affect his upcoming appeal case.

Sources inside law enformcement confirmed that authorities launched an investigation into reports that he has been recording music in prison and found contraband inside of his cell. The nature of the banned items found in Vybz Kartel cell is not yet known, but sources confirmed, that he was immediately transfer to a maximum security section of the Tower Street prison where he is placed in solitary confinement.

“Some form of contraband was found inside of the cell that Palmer was being held,” reliable sources told us. “I can’t state the exact nature of what these contraband are but electronic devices are believed to be among them.”

Shawn Storm cell was also searched during the operation, but so far we’ve learned that only Kartel was transferred to a different prison.

The raid on Vybz Kartel cell came just days after T.O.K. singer Flexx complained in an interview with Anthony Miller that Vybz Kartel is getting more airplay than other artists who are free and working hard. Not surprisingly, fans of the Gaza deejay have been blaming Flexx for the latest move by authority that ended with Vybz Kartel being placed in confinement.

As to whether or not we will still get new music from Vybz Kartel, one of his representatives inside the Gaza camp told us that there is a huge catalog of previously recorded unreleased music, so music will still be coming. 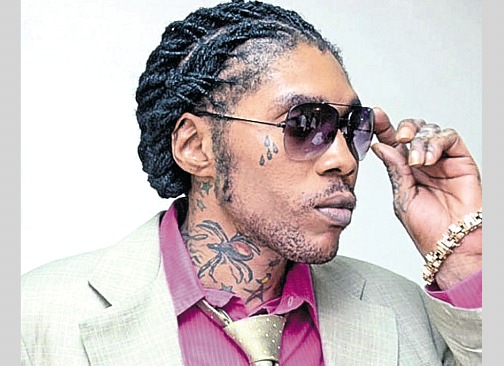 The dancehall community is calling for the release of Vybz Kartelamidst the controversial X6 trial.

Kingston businessman Patrick Powell was recently acquitted of murder involving the shooting death of 17-year-old Kingston College student Khajeel Mais. The shooting caused an uproar in 2011 and caused an even bigger uproar when Powell was found not guilty, leaving the entire Jamaican diaspora stunned.

A lot of the anger and frustration spilled over in dancehall when we reflect back on Vybz Kartel’s conviction in 2014 and subsequent life sentence. Producer Skatta Burrell wrote on Instagram “All I can say is free Vybz Kartel” when he got the news.
Demarco’s producer Tiyarro Drake also sound off on the issue saying, “It is funny how they found so much evidence and this and that to convict Vybz Kartel, yet they couldn’t even get this man to hand over his firearm for testing. Trust me, it’s not a good look, and God nah sleep. Free World Boss.”

Dancehall fans have also been making their voices heard on social media from as far as Africa calling for the release or retrial of Vybz Kartel amidst the controversial ruling. 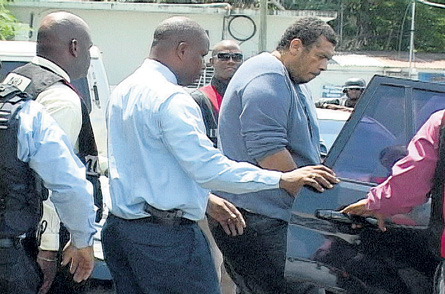 Patrick Powelll was tried in the court of public opinion and found guilty as sin for the 2011 murder of former Kingston College student, Khajeel Mais. He was set free by the court on Monday after the prosecution's star witness turned 'hostile' and the case crumbled.

Social media has erupted with the theme being that Fada God nah sleep and the murderer of the young boy, whoever he or she is, will be meet hisor her Waterloo.

All we have the energy to do is share some of the thousands of comments from social media. 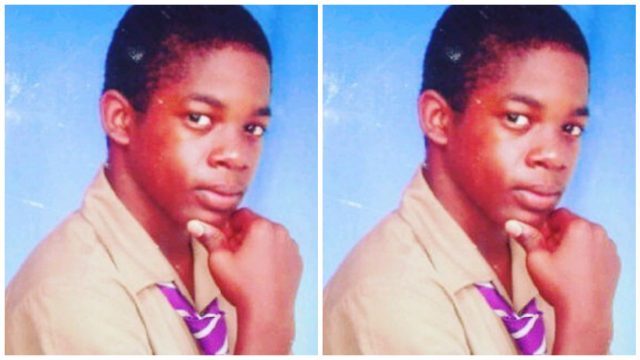 This is the most ridiculous and intentionally corrupted case I've ever seen in all my life. Mek mi feel like mi neva learn nuttin growing up. Jah know

Failure to hand over his firearm is a fine ,which he can pay he's off

How convenient! Free him of murder, then charge him for withholding the murder weapon. WOW!!!!!!!!!!!!

I don't want hear or see nothing about this case anymore. ... that firearm should be seized immediately after the shooting. . What is happening in Jamaica???

Seems to me that the system was played to set Mr Powell free. First how can a firearm holder refuse, for five years, a lawful request for the provision of his gun for ballistic testing in a murder case. Could the firearm licence not be revoked rendering possession illegal and forcing Mr Powell to 'take' in his firearm. Over the intervening 5-year period why was the 'gun charge' not taken before the courts before the murder trial given the importance of the potential ballistic evidence, now immediately after his acquittal that case is before the courts. The playing of the system continues even after the trial with both defence lawyers on Beyond the Headlines sanitizing their client and ducking questions about Mr Powell's refusal to submit his gun for testing.

We would also like to know if the firearm permit has been renewed within the last 5 years.., while the police needed it for examination...!?

It's all about the money. God not sleeping n no bad deed will go unpunished

Send home the man, prosecutors already freed him of murder, so tell me now after 5 yrs u going to try him on gun charge when u never took his gun or his X6, where u going to find the evidence now?

Oh please what a travesty of justice, so many years later they are talking about him not turning in his gun, could not happen here his old ass would be sitting in a cell.

This is fuckry. The key evidence in the crime wasn't turned over. What a bomboclat system wicked, court and everybody working with this man.

There is no justice for mediocre are the poor......but the rich will get away with anything

A money run Jamaica, as long as u have u money u can't go jail.

All he may end up doing is pay a fine

Me would a pay smadi shoot him in a him head 1 bbc shot!

That's putting the cart in front of the horse or what, that should have been done already, that would have clear up every thing perfectly.

after 5 yrs him never turn over gun.

In all of 5 years. now the court a ask him to turn over his gun. After d case close... Unu really love insult d average man. This case grieve mi to d core. No man mi ago pray cause nothing abt this is right